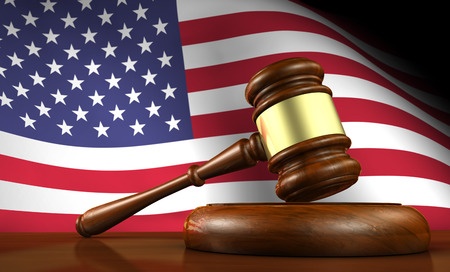 A late night session on Capitol Hill has led to a catastrophic outcome for the marketplace lending industry.

At approximately 11:30 PM Thursday night, lobbyists working on behalf of Bank of America, Wells Fargo and TD Bank scheduled an emergency meeting with six members of Congress to discuss, among other issues, the impact of marketplace lending on their bottom lines. “Q1 earnings won’t officially be released for a while,” said Oregon Congressman Edward Duchovny, who was present, “but loan volumes were down across all three banks by a substantial percentage.”

The drops were so alarming, that each bank had initially concluded that their financial reports had been hacked. “They thought there was a security breach,” said a congressional staff member with knowledge of the meeting who was not authorized to speak on the record. “One bank’s consumer lending unit experienced a drop in originations by 50% year over year.”

Shortly after midnight, a team of bleary-eyed auditors and staff members from the Treasury Department concluded that the numbers were correct and that something nefarious was to blame. “We knew that something like this might happen,” said US Treasury forecast analyst Andrea Mitchells. “When we conducted the RFI last year, we met with some of the banks and flat out told them that marketplace lending was irreversibly changing how people borrow money.”

The revenue loss to banks from marketplace lenders in just the first quarter of this year may total as high as $947 Billion, Mitchells said, which warranted the attention of Federal Reserve Chairman Janet Yellen. Though it was the dead of night, Yellen arrived within the hour, along with a team of economists and attorneys.

“The atmosphere changed really quick,” said the anonymous congressional staff member. “One minute we were eating pizza and Chinese food while parsing these boring financial reports and the next minute Chairman Yellen is warning us all about the systemic threat this poses to the very notion of bank lending altogether.”

Yellen, two attorneys, and three of the six Congressmen present, including Edward Duchovny, arranged for an emergency hearing with a federal judge on the grounds that banks stood to suffer irreparable harm unless drastic temporary action was undertaken.

Within minutes, an attorney argued with a straight face that Bank of America might not even survive to see the market’s close on Friday, in part because almost all of its business had been “hijacked” by marketplace lenders. Judge Thomas McAdams III was clearly rattled by what he heard. “I have no idea what the hell marketplace lending even is,” McAdams pontificated from the bench. “It sounds like you’re just describing every single type of lending that exists and then just adding the word marketplace to it,” he shouted, while waving his gavel around.

“People saw those advertisements and then actually decided not to bank,” said Jane Martin, SVP of TD Bank. “We thought we had a great case for a temporary restraining order.”

McAdams, who held everyone present in contempt of court, nonetheless granted a temporary injunction on all of marketplace lending.

“I think the judge did the right thing,” said Mitchells of the US Treasury.

Duchovny’s feelings however, were mixed. “I thought we were trying to stop people from lending money at supermarkets,” he said. “I asked Yellen if this would affect my loan with Lending Club and she just gave me the dirtiest look.”

Investors across the world from the US to China are bracing themselves for what is expected to be a tumultuous Friday for stocks.