The Yield Bubble of Marketplace Lending 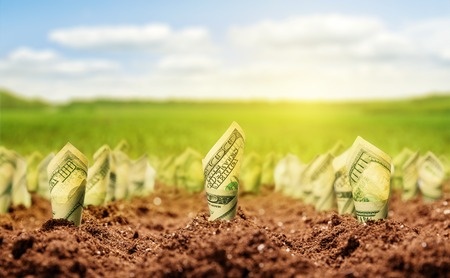 There was a twinkle in his eye, the sort of glimmer one gets when they’ve just learned of a hidden treasure. “It’s called marketplace lending,” I said to him, “and it allows you to invest in loans online. It can be a nice way to diversify your overall portfolio.”

The more I described it, the more it whet his appetite. “Yes, I like it. That sounds awesome,” he said, followed by a huge toothy smile. I was the one seemingly drawing a map to the secret trove of Wall Street riches. Marketplace lending, whatever my old college friend was envisioning it to be, was going to make him a millionaire. He was sure of it. All this techie stuff was involved, big name financial institutions were backing it and Silicon Valley all-stars were driving it. It was all very exciting to him.

“I’m making about 7% on one platform and like 9% on another one, but those are the,” I was saying until he interrupted me.

His dreams crushed by the potential for only single digit returns, he could only laugh at himself for dreaming so big and then at me for thinking numbers like that were worth discussing at all.

I was almost sorry I brought it up.

Somewhere out there, American Greed‘s Stacy Keach is probably shaking his head. On the TV show that he famously narrates, guest law enforcement officials regularly warn people that double digit investment returns are a sure sign of a Ponzi scheme or fraud. Worse, they advise that smart scam artists advertise lower rates like 7-9% so as not to arouse suspicion. The moral of every story? Even those enticed by single digit percentage returns as high as those are partially guilty for being scammed because they too were driven by blinding greed.

And yet there are opportunities to all kinds of people these days that have never have been available before in the past. I know individual investors who regularly make over 20% a year in commercial financing and seriously believe that anything less is an outrage. There are those touting success by earning only 9% through consumer lending and writing blogs to share exactly how they did it. And then there are people who look to double or triple their money and succeed at it.

How to reconcile these new classes of investors in a near-zero interest rate environment when my local bank is paying 5 basis points annually on a savings account and up to 60 basis points annually on a high-yield investment? At times I feel like I am stepping into an alternate reality. Just recently, my bank pitched me on a structured investment that would still gross less than 1% a year. It was presented as something exclusive, exotic and high risk. That’s supposedly why the yield was so high. It was the kind of risk that required a minimum $250,000 investment, you know to see if I was serious about sitting at the big boy table of yield. And we were seriously talking about 60 basis points…

The buildup on their presentation fell so flat that I laughed at myself and then at them for thinking that it was worth discussing at all. Deja vu.

The first time I ever invested in a merchant cash advance, it was at a 1.49 factor rate. It had the potential to cycle through to completion in just two to three months. Do a few of those a year as a passive investor and you could earn triple digit percentage returns. Not a scam, not a Ponzi, totally legit. It was a seemingly real hidden treasure.

The deal went bad in the 2nd week and I took an almost complete loss on my investment. With great reward comes great risk, but I knew that already. I participated in more deals and lo and behold was able to generate double digit percentage returns even after defaults and commissions.

Double digit returns are a real thing. Peter Renton’s investment in the Direct Lending Fund is earning 13.29% according to his latest update. The Direct Lending Fund “owns a diversified pool of high-yielding, 3-36 month business notes. The notes are purchased from a number of lenders including IOUCentral.com and QuarterSpot,” according to their website. “These lenders make loans to qualified, established businesses that fit our strict filtering criteria.”

While very impressive, the fund’s returns are not too good to be true. CNBC labeled it a new flavor of fixed income when interviewing the fund’s founder. In that interview, it was said that returns are ranging from 6% to 14% and that access could soon be open to unaccredited investors as well. Lending Club, a publicly traded loan marketplace, advertises that 99.9% of its investors that buy 100+ notes on their platform have earned positive returns, a fantastically alluring statistic.

My bankers assured me no such investments could legitimately exist. Yet these yields are typical for marketplace lending investors today, and would be considered outrageously low to commercial financing’s high risk crowd. To that end, I know investors that have doubled and tripled their money over a few short years. If they could narrate their own version of American Greed it would be to say that 7% definitely is a sign of criminal intent, because it’s criminally low. “Never settle for less than double digit returns,” I imagine they would advise.

Marketplace lending has created investing anomalies. What shouldn’t be, is. It’s a bad time to be out of the loop. And it’s a bad time to put $250,000 in a non-FDIC insured investment that earns less than 1% a year. There’s always the stock market, you know, if you’re in to that kind of thing. Nobody I know ever talks about the stock market. It’s goes up, it goes down. It can be very emotional.

Yield is out there.