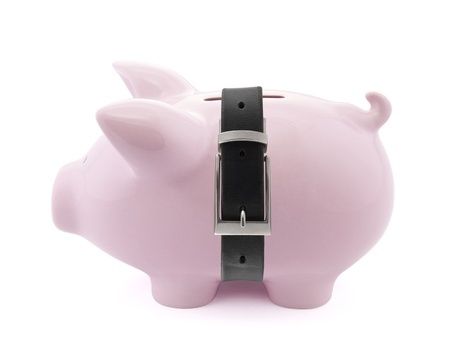 Many brokers just starting out in the alternative funding space may be in for a rude awakening. It’s not that the ‘Year of the Broker’ is over, per se, but 2016 certainly represents a new chapter for newbies—one in which getting rich quick and succeeding over the long-haul will be much more difficult.

“It’s the ‘Year of the Leader’ now. Fresh brokers coming into our space will have to work harder to set themselves apart, and it will be harder for many of them to make the money they once did,” says Amanda Kingsley, chief executive of Sendto, a Palm Bay, Florida-based firm that assists companies in the alternative finance industry with referral marketing and operational growth programs.

Funders today remain hungry for deals and are still paying relatively high rates to bring in new business. Yet there are several competitive realities putting a damper on a new broker’s earnings power.

“A few years ago, individual brokers could be making $20,000 or even $40,000 a month. Now those numbers are much more difficult to reach unless brokers have a unique lead generation method or their own money to participate in the deals,” says Zachary Ramirez, a vice president and branch manager in the Orange, California office of World Business Lenders, a New York-based lender.

Most funders today allow brokers to charge merchants between 8 and 12 points above the buy rate, with some allowing as high as 15 to 20 points, according to industry participants. But to win business amid a flurry of competition, brokers are being forced to take a lower cut on many deals. Not only are there more brokers to compete with, but merchants are also savvier—and more price-conscious—about alternative funding products than they were several years ago.

For higher quality deals, there’s another force at play driving down what sales reps can earn. That’s because a handful of large funders are instituting caps on what brokers can charge top-quality merchants. “They want to make sure that the price that’s charged to the merchant is fair,” says Stephen Sheinbaum, founder of Bizfi, a New York-based funder that has not instituted these caps.

So far, the changing economic tide hasn’t discouraged new sales reps from jumping in. In fact, the market is still hot for new brokers who continue to pour into the market at a torrid pace, buoyed by rampant media attention and aggressive advertising by funders and large brokerage houses. “I think it’s even worse now,” says John Tucker, a solo broker since 2009 who also blogs for DeBanked. “They’re signing up anybody with a heartbeat and a pulse.”

Despite the overcrowding issue, industry watchers expect new brokers will continue to flood in as alternative funding continues to gain traction. Many of these new brokers, however, won’t be around very long. That’s because many of them are coming into the space, especially from other sales-oriented jobs, thinking it’s easier than it is. “I think many people are going to come into the space, fail and leave bloodied and bruised,” says Ramirez of World Business Lenders.

Indeed, there are many new brokers who are still holding on to outdated notions about the business. Some are primed to think that they can easily make 10 points on a $100,000 deal and if they do that once a month, they have the potential to make $120,000 a year. “It’s just not as easy as it’s promoted to be,” says Tucker, who owns 1st Capital Loans in Troy, Michigan. Even Tucker, a seasoned broker, frequently has trouble connecting with merchants nowadays because they are inundated with sales pitches. They’ll hang up on him as soon as he makes it clear he’s a broker because they are getting so many calls from competitors, he says.

William Ramos, owner of Right Away Funding in Phoenix, Arizona, recently worked with a new broker who was convinced he was going to make $5,000 a week from the get-go. Ramos tried to manage his expectations by explaining he’d first have to learn the business and be persistent if he hoped to make that kind of money. 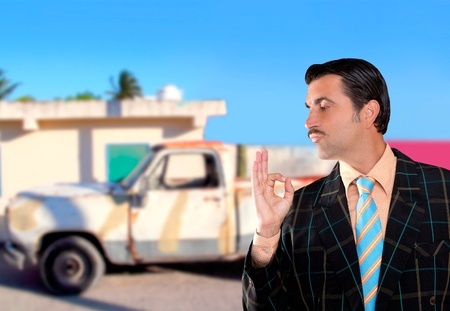 Ramos says the broker took his advice by asking lots of questions and working hard over the next six months. He’s not making what he had originally hoped, but he is up to about $5,000 a month, says Ramos, the former president of Staten Island, New York-based Supreme Capital Group, which he sold in 2015 to open a new firm.

In talking to new brokers, Nathan Abadi president of Excel Capital Management in New York, a lender and MCA funder, also sees a lot of misconceptions about what they think they can make and how easy it will be. It becomes problematic when the reality doesn’t match up with their expectations. For instance, he recently hired a used car salesman who worked for his company for about two months before they parted ways. The broker thought that because he had sold so many cars in the past, he could easily apply that to alternative funding. But he didn’t want to take the time to thoroughly learn about the new product set. He was just trying to ink deals based on cost, which is no longer a viable strategy, Abadi explains. “Customers know what the rates are. They’re not just applying with one person,” Abadi says.

The first month, the new broker closed a $175,000 deal based on a lead he was given and with Abadi doing the bulk of the legwork. After that, the broker got a few more deals, but he couldn’t do it on his own without significant support from the firm. A big problem was that he didn’t understand the math behind the deals he was pitching. “If merchants ask you a question and you can’t answer it properly, you’re done. The deal’s over. Not enough people are taking the time to understand the market as a whole,” says Abadi, whose firm is in the process of hiring new brokers for its internal sales force.

“IF MERCHANTS ASK YOU A QUESTION AND YOU CAN’T ANSWER IT PROPERLY, YOU’RE DONE. THE DEAL’S OVER.”

Edward Siegel, founder and chief executive of Fundzio LLC, a funding company in Fort Lauderdale, Florida, says he still sees plenty of new brokers who come into the business believing they can easily close a deal for $50,000, make 10 points and sustain that type of income. “The market has changed. The cost of capital has gotten a lot lower for the customer, and since there are more brokers in the marketplace they are willing to take a lesser amount just to get the deal to the finish line,” he says.

A lot of brokers come into the industry all gung ho and then flounder when they see how hard it really is. Siegel says he’s seen them submit deals for a few months and then realize they were living a pipe dream and leave the industry. “It’s not easy, especially in a competitive marketplace, especially when 10 other brokers might be knocking on that same guy’s door,” he says.

Andrew Reiser, chairman and chief executive of Strategic Funding Source, a New York-based funder, says that many brokers are operating under a false sense of security. “We’re in a strong economy in our space largely because of lack of other available sources of capital from larger institutions. When a market is very forgiving, mistakes are easily absorbed and swept under the carpet.”

He believes it’s going to get even harder for brokers over time, likening the situation with brokers today to that of stockbrokers a few decades ago. People used to be inundated with calls from stockbrokers at firms of all sizes about this stock or that one. Now many small brokerage houses have disappeared and larger firms have moved away from cold calling. Instead they are focused on money management and proving their prowess as specialists.

“You can’t be all things to all people serving a market this size,” he says.

Kingsley of Sendto says she receives many questions from new brokers about how to compete effectively, and it’s not an easy answer. Having a niche product, though, can help. “If you can learn how a particular industry works along with appropriate deal placement, you can develop a really good client base. It helps when presenting your clients to funding companies and you will build a more professional relationship,” she says. 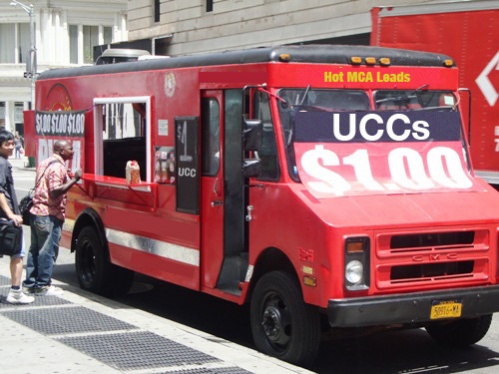 Tucker, the broker with 1st Capital Loans, notes that UCCs and Aged Leads are outdated marketing tactics and says most new brokers don’t have enough industry knowledge to critically think to create new strategies for survival. “All they will end up doing is burning through the little capital that they do have and be out of the business within 12 to 18 months,” he says.

Having good training is critical for new brokers to survive, according to Mike Andriello, president of Cushion Capital Corporation in Poughkeepsie, New York. “I think that if brokers focus on the nature of the industry, actually pick the business owners’ minds and learn their business as best as they can, they will have a lot of success. It’s not all about making the biggest commissions; it’s about having the biggest client book,” he says.

Ramirez of World Business Lenders believes brokers can do better for themselves long-term by syndicating because it’s a way to make more money. “I don’t think it’s a long-term strategy if a broker’s not participating in his own deals,” he says.

“I DON’T THINK IT’S A LONG-TERM STRATEGY IF A BROKER’S NOT PARTICIPATING IN HIS OWN DEALS.” 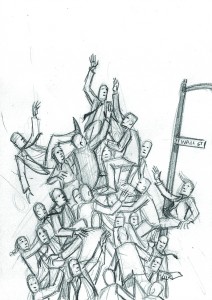 Granted, some funders make it easier for brokers to participate than others do, but Ramirez believes brokers should seize opportunities to earn interest income over the life of the loan. So, for instance, on a $100,000 loan, instead of earning a $20,000 commission upfront, a broker might be able to apply that money to the deal and earn $26,000 or $28,000 over the life of the loan.

Of course, this strategy won’t work well for brokers living paycheck to paycheck. “But if you don’t need the commissions right away, you can roll the commissions into deals and increase your earnings exponentially,” he says. “Because of rising acquisition costs and decreased commission averages per deal, being forced to participate, or syndicate, is the natural evolution.”

Gearing for the Future

To be sure, industry watchers believe there is still ample opportunity for new brokers with drive and ambition to enter the space. “Successful brokers will always have a place in the ecosystem,” says Sheinbaum of Bizfi.

But there’s a general consensus that from now on these brokers will have to work harder than they have in the past to thrive. Says Andriello of Cushion Capital: “2016 will be the year of who was smart enough and made the right business moves to stay progressing and growing. It will also be the year a lot of funders and brokerage firms close shop.”

Over time, the changing economic reality will continue to set in. While it will be harder for individual brokers, it’s best for the industry when new sales reps understand the realities of the market and how to compete effectively. “You want the smartest people in the space. The more well-educated they are about the products and the processes, the better off everyone is,” Sheinbaum says.

Despite everything, it’s still a great time to be getting into the industry, provided you have the right mindset and proper resources behind you, according to Ramos of Right Away Funding. “If you’re just coming in and you just want to collect your weekly check, now’s not a good time to be a broker. It’s a great time for people who are hungry, motivated and determined to make something out of it.”