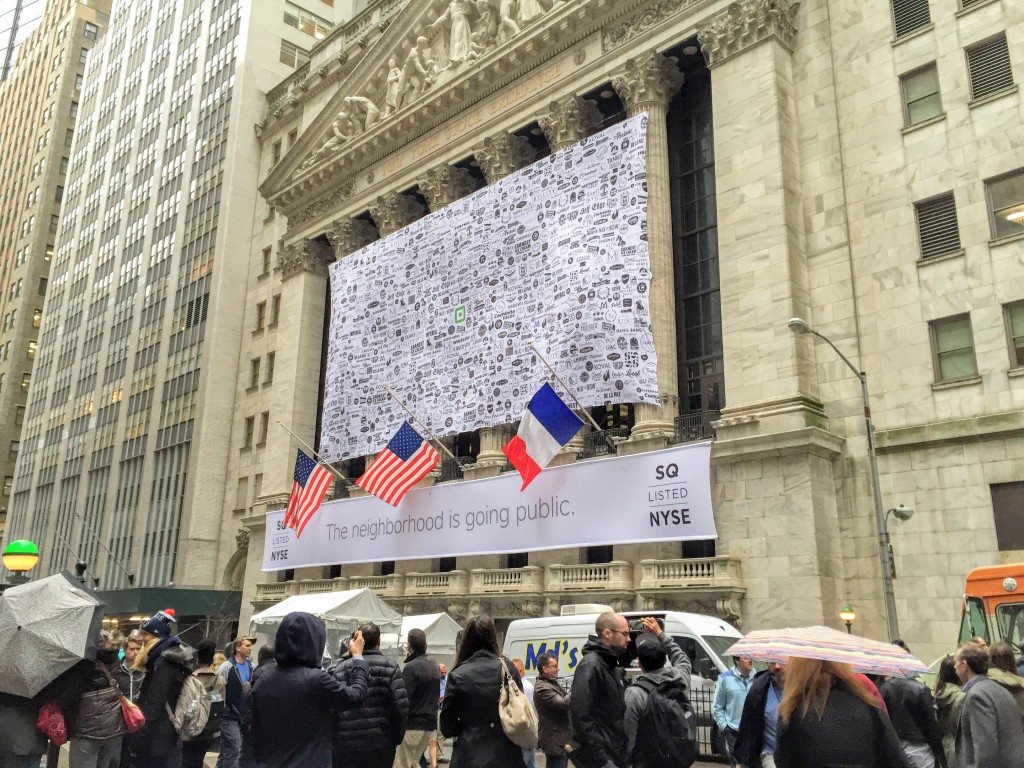 The payments network revealed an SEC filing announcing its 9.99 percent stake in the company and Square’s stock jumped 11 percent at market opening. Visa seemingly upped its stake, from the previously undisclosed investment it made in the company in 2011, according to CNNMoney. The deal makes Visa the fourth-largest investor in Square following Jack Dorsey himself, venture capital firm Khosla Ventures and major mutual fund, Capital Research and Management.

Square was started in 2009 as a point of sale solution for merchants. It turned heads with $10 million in Series A funding from Khosla Ventures and Marissa Meyer at a $40 million valuation. Since then the company has diversified into p2p payments with Square Cash and Square Capital, offering merchant cash advances to small business merchants.

The company went public in November 2015 and debuted on NYSE with a 30 percent discount, pricing its share at $9.
As it tries to gain a foothold in the competitive payments space, this fresh infusion of capital comes as good news for the stock which has generated close to 27 percent losses since its IPO.