SoFi is apparently serious about creating a dating app for their members. That might seem a little weird considering they’re a company known for refinancing student loans. But according to Inc, Claire Arthurs, SoFi’s Director of Community and Member Success, is planning events in the nation’s big cities to bring singles together. And it’s all because their borrowers are demanding it. Eighty-six percent of attendees at an initial small event said they wanted to meet someone from the event again, Arthurs said to Inc.

Meanwhile, most listeners to SoFi’s CEO Mike Cagney on the re/code decode podcast undoubtedly assumed he was joking about a dating app. But now, rumor has it that they may actually release such an app later this year.

Naturally, deBanked saw this as an opportunity to offer our thoughts on how the SoFi dating experience might play out:

When literally nothing else has worked for your love life 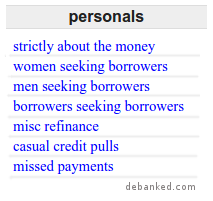 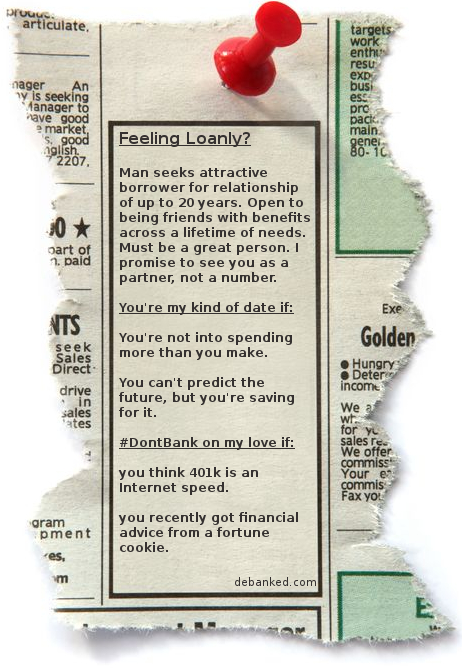 When it’s more than just looks 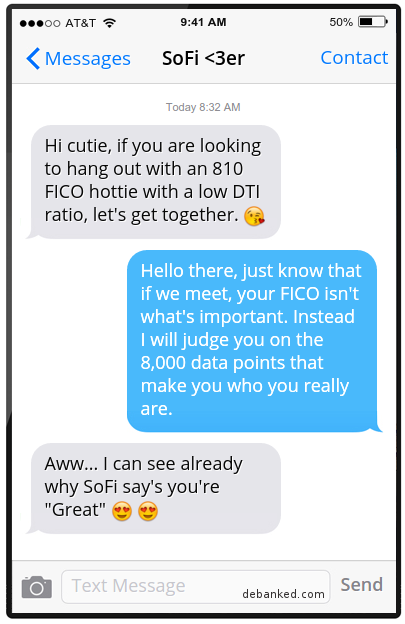 When you’re trying to be romantic 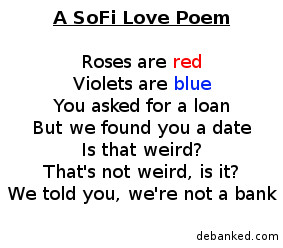 We hope you enjoyed them.