“Effective today, Prosper has increased its estimated loss rates and the price charged for risk on the loans originated through the platform,” said an email to investors on Monday. “We believe this move ensures that our borrower payment dependent note and whole loan products remain competitive for our investors in the current turbulent market environment that we have witnessed since the beginning of 2016.”

Prosper is one of only two marketplace lending platforms in the US that is open to retail investors. Founded in 2005, the company has made over $5 billion in loans. They were surpassed by Lending Club in the race to dominate the market after being nearly destroyed by both the Great Recession and a class action lawsuit that claimed they sold unqualified and unregistered securities in violation of the California and federal securities laws. The suit was settled in 2013.

The going forward rate increase affects one category of high risk borrowers by as much as 199 basis points. Meanwhile, even prime borrowers will experience increases of up to 29 basis points.

These are the changes according to Prosper: 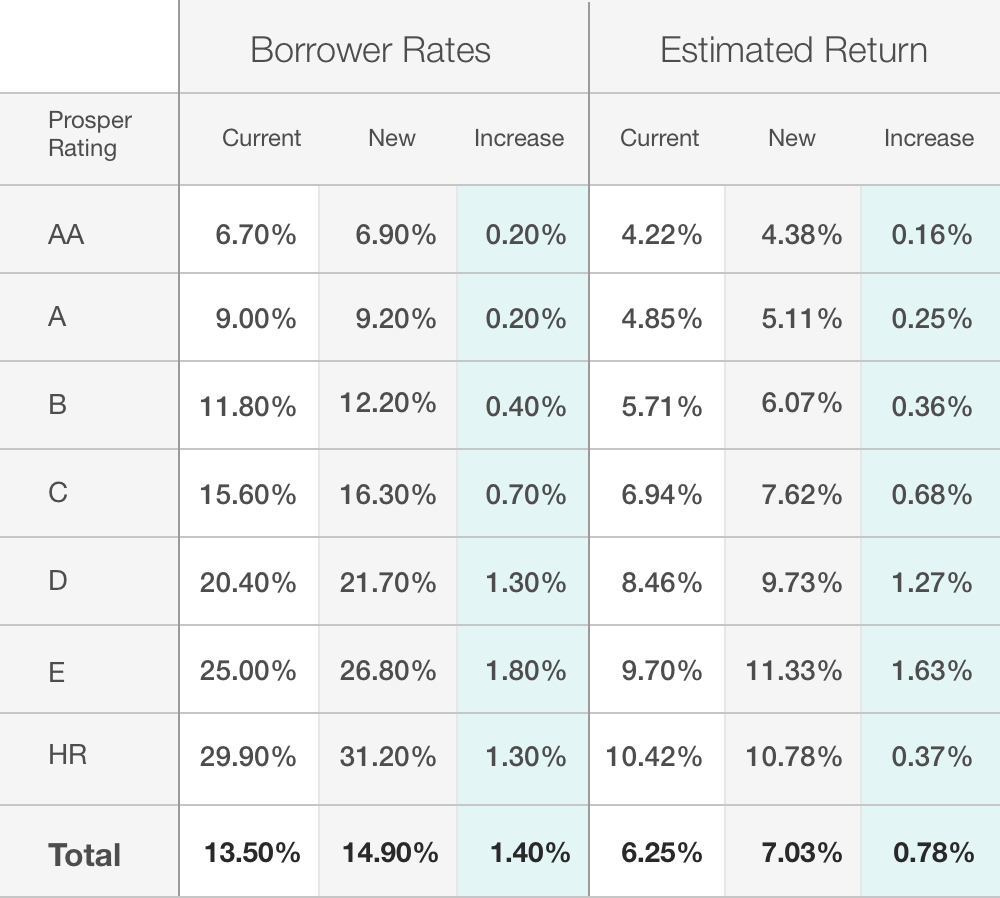 Proposed Pricing Modifications for the Week of 2‌/15 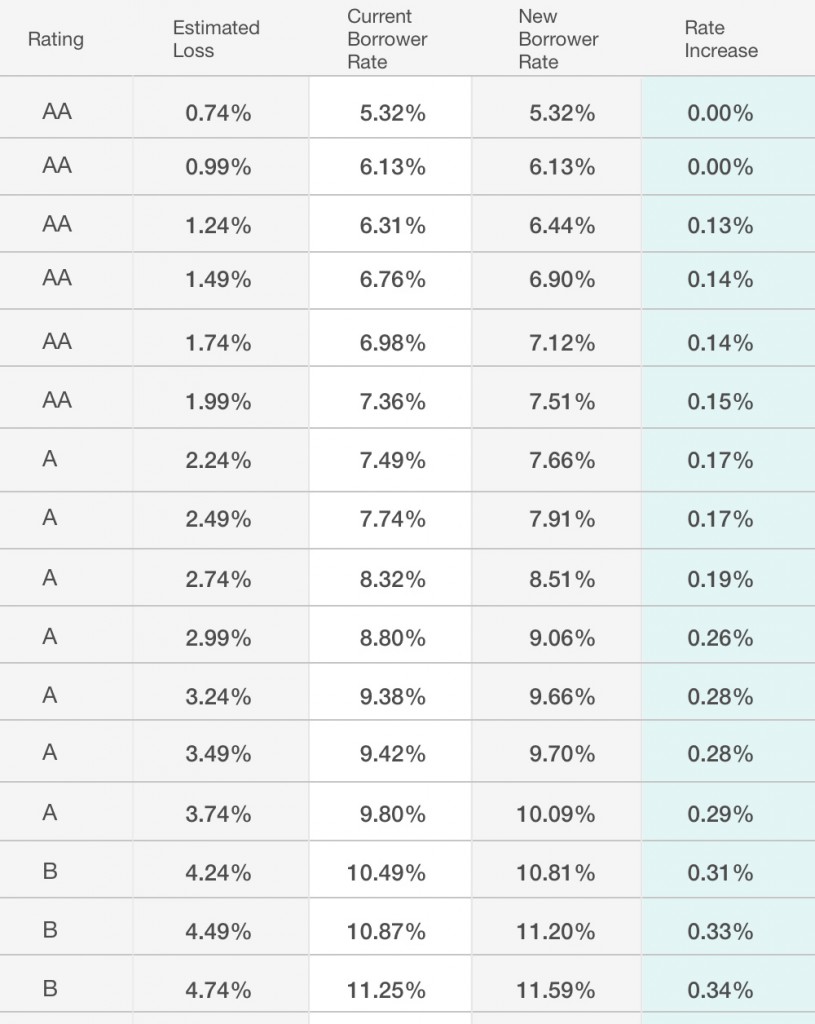