Here’s How Much the American Credit Card Addiction is Worth 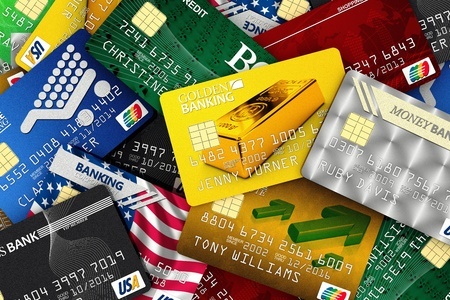 Of all the addictions Americans could have, credit card debt is one which is measurable monetarily. And as of December 2015, it was $936 billion.

A recent study by the Federal Reserve of Boston revealed that a majority of Americans roll over their debt paying high amounts of interest. Americans racked up $103 billion in debt since April 2011, still less than the $1.02 trillion owed in 2008, Bloomberg reported.

The credit card frenzy that hits people in their 20s is hard to get rid of and as they get older, the reliance on debt only increases. ‘While 20-year-olds use more than half their available credit on average, 50-year-olds use almost 40 percent,’ the article noted.

The study revealed that credit card usage on an individual level doesn’t change much during the course of their life but banks constantly adjust the credit available. ‘The average credit-card limit rose about 40 percent from 2000 to 2008, then plunged about 40 percent during 2009.’ The study also found that when offered a 10 percent increase in credit limits, people who take on revolving debt subsequently increase their debt by 9.99 percent.