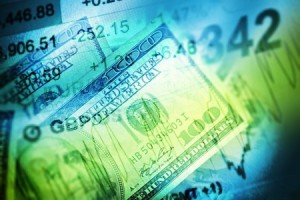 You haven’t experienced marketplace lending until you’ve entered the world of FOLIOfn. Operating as a secondary market for Lending Club and Prosper investors, the platform offers more than just liquidity for holders of 3-5 year consumer debt-backed notes. It’s a sort of anything-goes bazaar for loans, the kind of place where you can bet on a borrower making their last and final loan payment after having made 35 straight monthly payments with no problems.

For the price of 82 cents, an investor could literally buy the remaining 83 cent principal balance (their last payment) on a $25 3-year note.

Why invest in a borrower with no proven track record anyway? On FOLIOfn, you don’t have to. You can buy a note from someone else after the borrower has made their first few payments.

And what if you just want bigger? You can get that. Some investors are offering much larger loan pieces. You can even buy whole loans from them. Would you buy the entire remaining principal of a $6,000 loan paying 21% APR if you knew the buyer had already made all their payments in the first year on time? Somebody will make you that deal, but you’ll have to pay more than the outstanding principal balance to get it.

FOLIOfn has a bet for everyone. You can buy notes for example where the borrower’s FICO score has dropped by more than 200 points but is still surprisingly current on their loan. A drop by that much likely indicates that the borrower is delinquent on their other forms of credit, so you might want to get a discount on buying it. And yet, many investors list such loans at a premium, which could indicate that scarcity is a prevailing force.

The effects of scarcity are certainly evident on FOLIOfn, considering how many loans are up for sale on the platform in which no payments have been made yet because the loans are newly issued. With these, a different kind of loan speculator could hope to book a quick 5% gain in just 1 month by reselling a highly prized note to someone who seeks it. Do this over and over 12x a year and well… you could make a killing.

Millions of dollars worth of loans and loan pieces are being marketed at any one time. At the time this was written, there were more than 300,000 trades offered. Of course, they’re all ASKs. There’s no BIDs on FOLIOfn, which limits the efficiency of the marketplace and creates information asymmetry. Hence, a lot of the proposed trades are terrible and investors on industry forums are at times not shy about expressing their hope that a sucker buys them.

And just like one might expect at a bazaar, you don’t always know exactly what you’re going to get. Last year on the Lend Academy forum for example, investors pointed out that you could inadvertently buy notes that had already paid off. What was happening was that a note was being sold from one investor to another before Lending Club could process that the note had been paid off in full. If the investor paid a premium for it, they would immediately lose the premium and forfeit the future interest, causing a loss. The buyer would likewise take home a free premium.

Consider this conundrum. The note selling for 82 cents has a remaining principal balance of 83 cents that is coming due in less than a month, a bet that supposedly promises 1 cent profit (before the 1% Lending Club fee) if it works out. According to the borrower’s payment schedule however, they’re apparently only supposed to make one last payment of 76 cents, 7 cents less than the remaining principal officially stated on the account. If that’s correct, then a buyer’s best outcome is a loss of 6 cents (7 cents after the 1% Lending Club fee) and a worst case loss of 82 cents. It’s not uncommon for investors to notice and complain about these weird discrepancies (sometimes chalked up as rounding errors), but that’s the nature of the market. Confusing information is part of the trade.

To FOLIOfn’s credit, there is one cardinal rule, CAVEAT EMPTOR. The following is prominently displayed on top of the platform:

Notes are highly risky and only limited information is available about them. They are suitable only for investors whose investment objective is speculation. You could lose most or all of the money you invest in them. Folio Investing has no role in the original issuance of the Notes and is not responsible for and does not approve, endorse, review, recommend or guarantee the Notes or the accuracy, reliability, or completeness of any data or information about the Notes. See the Important Disclosures page for additional important information.

In the FOLIOfn loan bazaar, the numbers don’t always add up and the borrowers and traders are anonymous. Welcome to lending’s real marketplace, where it’s really hard to know much of anything.

There’s actually something called The Penny Note Strategy (AKA The Toilet Note Strategy). You can read about it on Peter Renton’s blog.