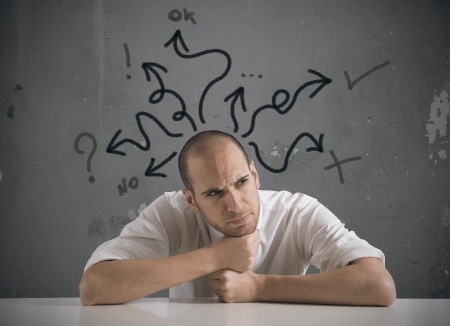 Debanked writers such as Sean Murray, Ed McKinley and myself, referred to 2015 as the Year of The Broker, as a stream of new brokers continued to rush into our space to take advantage of the perceived opportunities.

THE YEAR OF PARTICIPATION?

For experienced brokers, I’ve written two pieces so far here on deBanked in relation to the broker’s future. I’ve talked about how I believe the future of our industry will be dominated by Strategic Networks and those who utilize these networks efficiently will not just be the dominant players going forward, but they will be pretty much the only “real” players going forward. I also talked about how success in our industry is based mainly on leveraged resources and networks, rather than having some sort of “superior” selling capability.

But with that being said, I wanted to use this article as a way to add to this discussion of the future by outlining my recommendation that experienced brokers “get into the game” when it comes to syndication and deal participation. DeBanked reported back in April of 2015 about how Strategic Funding Source’s syndication network of over 200 partners (at the time) invested over $260 million of their own capital into funded deals. This level of investment, according to the reporting, helped amass significant wealth for the 200 syndication partners that participated. If 2015 was the Year of The Broker, could 2016 be the Year of Participation?

IT’S NOT THE SAME ANYMORE

It’s no longer 2000 – 2013, when quite frankly a broker could amass great income by just strategically utilizing the Uniform Commercial Code (UCC) as a marketing model. But pretty soon the word got out and everybody rushed in to duplicate the methodology. What was once a great idea became a complete waste of marketing dollars.

UCCs are so bad today, that when you call a merchant and just mention the fact that you are from a funding company, they immediately hang up the telephone. Sometimes, I would call and before I would even have the chance to say a word, the staff member on the telephone would ask, “Are you calling about a cash advance?” Once I would reluctantly answer in the affirmative, they would of course immediately inform me to put them on the do not call list, never call again, and either in nice language or a language full of swearing, they would inform me that they aren’t interested and how I’m the 19th guy that has called them this week. This is the result of a merchant getting 20 calls a week from 20 different companies, about 20 different merchant cash advance products.

As a result, brokers are going to have to specialize in the Strategic Networks and leveraged resources that I have been discussing for nearly a year now on Debanked. We will also have to juggle the rising marketing costs and increasing pressures on pricing as our industry goes more mainstream. You might not want to operate as a full-fledged direct funder, as I understand that the investment outlay for such a task is significant. But I believe going forward, you aren’t going to be able to “make it” like you used to by solely relying on commissions from brokering deals. You are going to have to get into the game and put some money in deals not just to sustain the amount of income you were making in commissions historically, but to potentially make more money than you ever made before.

A SHOUT OUT TO WBL

Also back in April of 2015, there was a pretty popular online discussion that discussed World Business Lenders’ (WBL) new ISO/Broker acquisition program. I had a conversation by telephone with Lenny Steigman from WBL on April 21st of last year to discuss the program in detail.

One of the things that Lenny mentioned on that call was the notion of the broker’s office requiring a shift in structure in order to survive in the upcoming future. Lenny discussed that brokers who chose to continue to operate on the sidelines relying solely on commissions from brokering deals, without getting involved in some sort of equity or syndication participation, might find the future of their involvement in our space limited as continued growth through strategic networks drive the progression of the industry. I could not agree more with Lenny Steigman. It’s certainly time for a shift and one of those shifts I believe will require more experienced brokers to become syndication partners through putting up a portion of the capital to fund the merchants that they service.

GET YOUR DUCKS IN ORDER

As you prepare for this shift and look to get into the game, make sure that you have your ducks in order:

Legal Representation: This is important, you need an attorney to review your syndication agreements as well as review the legal structure of the funder you are partnering with, to make sure that all of the legal terminologies are outlined properly.

Understand The Deals You Are Funding: Know the type of client you are funding, such as if they are A Paper, B Paper, C Paper, D Paper or E Paper. Your level of risk on the deal in terms of default increases when you get into the higher risk paper grades, thus, make sure you are getting a significant enough “return” on said deals to accommodate the risk you are tolerating.

Examine Your Funder’s Finances: By syndicating, you are doing more than just investing in the merchants that you serve, you are also investing in the financial soundness of the funder you are syndicating with. Make sure your funder is not on the verge of bankruptcy, profitable, and will actually be around a year from now.

Examine Your Funder’s Operational Structure: I’ve talked about the importance of making sure you vet who you partner with in relation to being a broker. Now that you are syndicating, you most definitely make sure you are dealing with a funder that’s “proven.” The funder should have at least 2 years in business, have funded in the eight digits in terms of volume, have a proven and profitable underwriting formula, have an office full of employees, not have a significant amount of bad reviews, be in good standing with the BBB, having an actual online presence, and they should be running a professional and competent organization overall.

Round Up Your Capital: The secret of many of the wealthy has always been their unique ability to utilize the money of other people for their business investments. They find equity investors seeking a return on their capital, invest said capital with a high return and collect a management fee off of the transaction. Or, they borrow money from a creditor at a particular interest rate, invest the monies for a higher rate of return, then pay off the loan with interest and pocket the profits. Whichever way you prefer, how about you utilize OPM (other people’s money) to your advantage (leverage) as well for your participation efforts?

I believe we might be entering the year of participation, which means it’s time for the experienced brokers to join in on the strategic networks which will dominate our space going forward. New entrants who don’t know the space and still can’t spell “merchant cash advance” will be in for a bumpy ride going forward, but those with the experience, it’s time to add to your industry influence by coming off of the sidelines as brokers solely, and becoming broker/syndicates in the truest form.

Home › merchant cash advance › To Syndicate or Not to Syndicate?