We all know what they say about “opinions” right? They (opinions) are basically like a-holes and everybody has one. I’ve stated a lot of opinions here on deBanked over the last couple of months, while some might agree and others disagree, I always try to provide educated opinions to separate commentary from the generic pack of people blurting out comments across industry forums and media publications that might not have firsthand experience on the front lines.

With that being said, it’s in my sole opinion that every funder/lender should offer their independent brokers lifetime renewal compensation despite new deal volume. 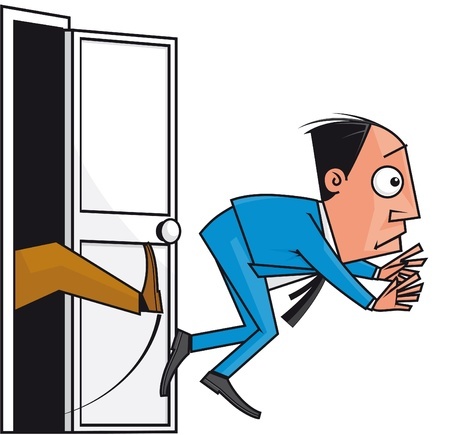 BROKER AGREEMENTS SEEM TO CHANGE ON A WHIM

I’ve been reselling the merchant cash advance and alternative business loan products since November 2009, however, the current program structures/agreements of my funders and lenders look totally different today than they did in the beginning.

It’s almost as if a new agreement is created every 12 – 18 months with similar conditions, but certain terms might have changed, including the compensation of renewals.

Some funders and lenders will start without any provisions related to renewals, basically as long as the client continues to renew, then you will be allowed to collect commissions off the client. But later on down the line, some funders and lenders will change provisions and require certain levels of new deal volume in order to be compensated on renewals going forward. Most broker agreements have terminology listed that states that the funder/lender can change the program at their discretion, however, I believe that at no point in time (other than for particular circumstances of fraud or ethics violations) should a funder take away a broker’s renewal compensation as whatever “good” it’s supposed to be doing (which I still can’t think of any), I believe it does far more damage in return.

YOU CAN’T CLOSE WHAT YOU CAN’T GET APPROVED

Sometimes a broker doesn’t fund a deal within 3 – 12 months because the funder can’t approve any of the submitted deals. If the broker is like myself, I’m going to pre-screen all new applications to see if it fits the underwriting criteria before submitting it, as submitting applications that are outside the criteria does nothing but waste valuable underwriting resources. If they are a somewhat conservative funder, a lot of times a broker just might get too few applicants to fit the box.

WHAT DID YOU ACTUALLY SPEND ON MARKETING?

Funders and lenders receive free marketing from brokers because they bring them the deals, so what is the big deal about continuing to pay renewal compensation despite new deal volume? They don’t have to worry about taking the risk of putting marketing capital up on the table with a potential of no return. The person who puts up the capital is the broker, and they should be compensated for the lifetime of the client regardless of new deal volume.

As an independent broker, the individual is a part of the Mom and Pop Network, which is just a group of random brokers who resell for free (100% commission). Not only are funders/lenders receiving the free marketing from the resellers, but they are also receiving free data to utilize in any potential “big data” valuations for sell-off, or “big data” analysis for better market segmentation. In addition, if the broker’s portfolio of merchants (even if it’s just one merchant) didn’t default or the default rate is very low, what is the justification for cutting off the broker just because there was no new deal funded?

RENEWALS ARE THE LIFEBLOOD OF THE BROKER’S INCOME

Once upon a time, during the very early days of MCA, the product was pretty much a one-off project. A merchant had an emergency, they sold off a percentage of their future credit card receivables in exchange for some upfront cash today, and used the cash to address whatever emergency they were facing. If the merchant renewed, it was usually one time (twice if you were lucky) and that was it. Today, it’s a different situation if you set up your merchant based on their proper Paper Grade. Merchants are renewing back-to-back, a lot of times for 3 to 5 years (or more) in a row, which means that the product is becoming more of an integrated portion of their business (similar to the MCA’s Kin A/R Factoring) rather than a one-off occurrence. This means for a broker, there’s a lot of money to be made off of their MCA portfolio going forward and the entire point is to build your portfolio up to a particular size, where you can just “sit back” and solely manage the renewals of the portfolio without being required to continually produce new deals by spending more on marketing.

Take a broker with a portfolio of 25 merchants who renew just about every 6 months (twice a year) with an average funding of $75,000 with 5 points commission per deal. That alone is $3.75 million a year in funding volume and almost $100,000 per year in income, solely off the renewal portfolio. If the broker maintains this portfolio for 10 years in a row, that’s almost $38 million in funding volume and close to $1 million in income. Why on Earth would you want to even threaten to cancel a broker out of the deal when again, it was their ingenuity, rapport building skills and sales skills that are the foundation of the clients coming to the funder to begin with, as well as continuing to renew back-to-back?

YOU ARE ASKING FOR YOUR MERCHANTS TO BE FLIPPED OR STACKED

The broker is the one who has the original relationship with the merchant, thus, the merchant more than likely has more rapport with the broker than they have with anyone in the funder’s organization. Thus, cutting off the broker from the renewal compensation might do nothing but just cause the merchant(s) to be stacked or flipped to another funder/lender.

TELL ME WHICH BROKER IS MORE VALUABLE? BROKER A OR BROKER B?

Okay, so tell me which Broker is more valuable? Is it Broker A or Broker B?

– Broker A: Over the course of one year, Broker A brings in 15 new merchants, with only 4 of those merchants renewing once because the broker didn’t price the merchants in their proper Paper Grade and thus, a competitor stole them away at renewal. This produces a total of 19 advances (new/renewal) and let’s say with the average funding being $50,000 you are looking at volume of $950,000.

Broker B supplied fewer new deals than Broker A, but Broker B provided an overall higher level of production based on the rapport and proper structure they established with their clients that produced more renewals and advances in total for the funder. Seeing as though in our industry, when funders count their “total volume funded” they include both new and renewal volumes, how can it be that Broker B is not more valuable to a funder than Broker A is? Not saying that Broker A isn’t valuable, but based on potentially cutting off renewal compensation due to a lower amount of new deal volume, they would potentially be cutting off the Broker that offers more value over time.

Why on Earth would a funder or lender want to kick out a competent broker by cutting off their renewal portfolio? What does it solve to cut off a competent broker, with a low (or no) default rate, just because they didn’t bring in newly funded deals during the previous 3 – 12 months? What does that solve? Does cutting them off somehow produce more margin for the funders? More market share? Savings in some sort of area? As mentioned, the broker is likely to flip the merchants or stack the merchants when this happens, which again, does nothing for the funder in terms of providing any type of benefits or value.

The only justification for cutting off a broker is when they are engaged in unscrupulous acts. But cutting off competent brokers just because they didn’t fulfill some insane new deal volume policy, makes absolutely no sense because at the end of the day, cutting off the brokers will be like cutting off the funder’s relationship with the merchants as well. With the parade of new funders looking to grab market share, what better way to gain it than to partner with competent but dejected brokers, who just got their renewal compensation cut off for not fulfilling some insane new deal policy?