If you didn’t make it to Times Square for the New Year’s Eve celebration, you’re probably a lot better off. But if you’re not going to be in that neighborhood any time soon either, you can still catch a LIVE glimpse of three very important company logos that are broadcasting on a video billboard above 43rd and Broadway. (hint: look at the top left) 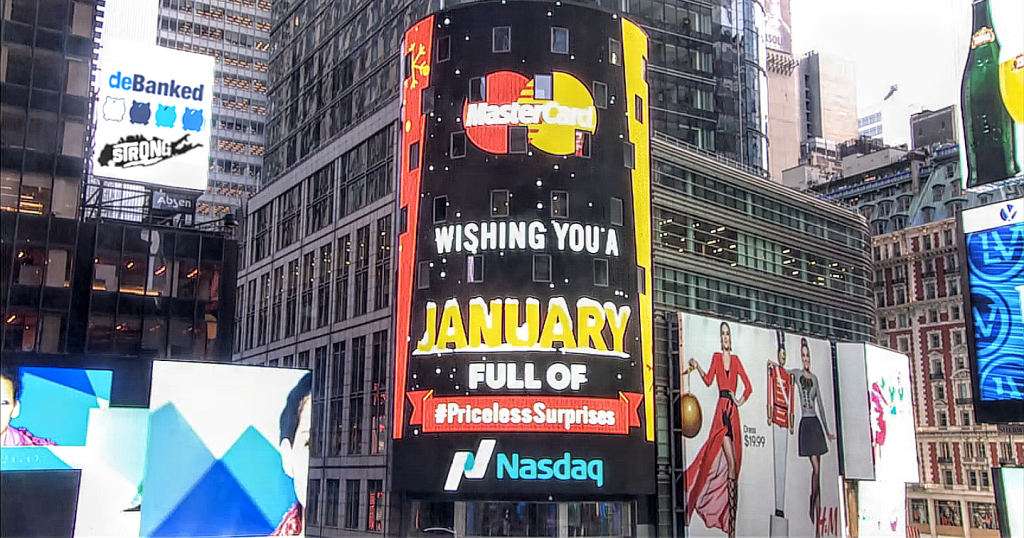 The deBanked ad in particular, which only makes a handful of appearances every hour in the rotation, can be viewed in the continuous live stream hosted by Nasdaq. (Update: The ad was retired in early 2016)

What isn’t visible is the half of the screen that wraps around the building. On that side is the story produced by BizBloom, the company behind the campaign. In the video above, you will occasionally see the logos for deBanked, BizBloom, and Quick Bridge Funding in the top left hand corner. The live stream has the ability to rewind up to the previous 3 hours. So if you don’t want to wait, rewind to different parts until you spot them.

Below is the video footage you can’t see that wraps around the other side of the building:

The purpose of the campaign, according to BizBloom’s Thomas Costa, is to tell the story of the American Dream, particularly the struggles and accomplishments of entrepreneurs.