National Security Could Prove to be Alternative Lending’s Achilles Heel 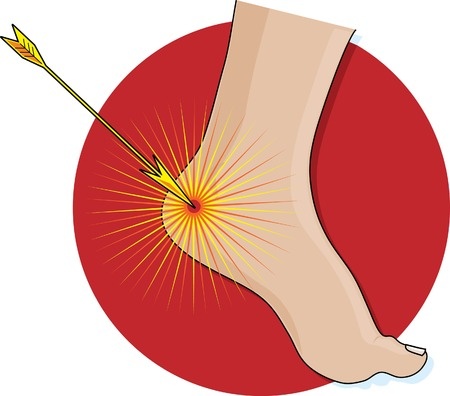 While alternative lenders debate disclosure policies, stacking, and the cost of bad merchants, there’s a new regulatory threat taking root that no one seems to be able to slow down, national security. Ever since it was revealed that one of the two terrorists in the San Bernardino attack received a $28,500 loan from the Prosper Marketplace, government officials and the public at large are pointing fingers at online lenders.

House Financial Services Chair Jeb Hensarling said on Thursday that, “clearly the financing link to terrorism is a critical one.” As quoted by Politico, “everything’s on the table,” he said when asked about further scrutiny of online lenders.

His sentiment echoes other responses, some of which are clearly emotionally charged and accusatory. LendAcademy’s Peter Renton for example wrote, “I have had to answer such ridiculous questions as, is P2P lending going to become the new way for terrorists to get funding?”

With so much misinformation now floating around out there about online lenders, conspiracy theorists are even claiming that it would be impossible for someone earning $53,000 a year (As Syed Farook did) to get an unsecured loan for $28,000, the implication being that there is something more sinister going on. Of course those that work in the alternative lending industry, including myself personally as someone who invests on the Prosper Marketplace, know that’s not true.

But before the experts can be called on to answer the questions, those motivated to protect this country at all costs (with noble intentions) are rallying around swift and immediate consequences for online lenders such as Prosper.

“The issue may end up being whether marketplace lenders are too easy of a source of cash to finance terrorist attacks,” said Guggenheim Partners analyst Jaret Seiberg in a research letter.

In an article published by The Street, writer Ross Kenneth Urken basically likened Prosper Marketplace to Silk Road where bitcoins were used to buy drugs, weapons, and killers for hire.

Breitbart News, a right-wing news website, led in with an even bigger headline, San Bernardino: Has Islamic State Hijacked Consumer Loans?. It quickly sums up the story by insinuating that online lenders will become the funding tool of choice for ISIS. “The San Bernardino terrorists, Syed Rizwan Farook and his wife Tashfeen Malik, funded their killing spree with a debt consolidation loan, raising questions about whether terrorists might use popular consumer loans to fund their activities,” Breitbart wrote.

And the International Business Times argued that Utah industrial banks are aiding terrorism. “Meanwhile, industrial banks in Utah are taking full advantage of the lack of regulation in the peer-to-peer lending market while they still can, aiding potential terrorists along the way,” author Erin Banco concluded.

According to the WSJ, the House Financial Services Committee will examine whether new legislation is needed in online lending. They’ve also made inquiries to the Treasury Department about existing online lending regulations. Treasury Counselor Antonio Weiss’s previous remarks hinted that the Treasury up until recently was concerned about discriminatory lending practices more than anything else, but stressed that they were not a regulator in this area. Terror financing was not something they even addressed.

According to many sources, lawmakers are drafting up legislation on terrorism financing and expect to have something ready early next year. As for how that will impact online lenders is unknown. Right now, everyone’s still trying to figure out what just happened. Hopefully whatever is ultimately done is done intelligently.