I Hate Sales, But I Love Business Development 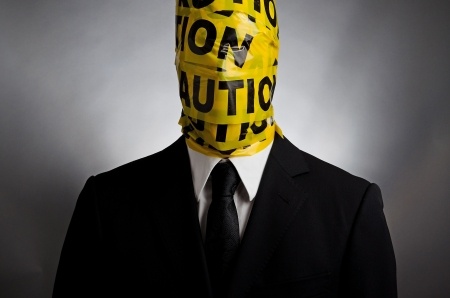 I have always hated “sales”, which is funny seeing as though I have been in what most would call a “sales position” within our industry since January 2007, all on an independent (100% commission) basis as a one man show, with merchant services direct sales from 01/2007 – 04/2009 and merchant cash advance direct sales from 11/2009 – 09/2015. As a one man show, I did pretty good, getting myself into the middle class with a great net worth for my age, with an average monthly funding of $200k per month for the 70 months I sold the MCA product, while building a processing portfolio on the side on track to hit $200 million in total volume processed.

But nevertheless, I hate “sales”.

While most would consider my place in this industry (nearly 9 years) as a “sales” role, I would vehemently disagree, as I believe my role has been that of business development, not “sales.” I was an entrepreneur (or solopreneur due to being a one man show) and my focus was on building strategic relationships with merchants, vendors, and partners, with a clear-cut focus on creating long-term sustained value.

WHAT DO I REFER TO AS SALES?

I believe there are different variations of salespeople, from the cashier at the grocery store, to the person at the fast food drive-thru window, to the waiter, to most of the inside sales people across the country. I believe the majority of salespeople are simply order-takers.

In a corporation, the individuals who are given the liberties to think and innovate are usually the CEO, CFO, or members of the marketing department, all of which are responsible for the strategic direction of the organization in terms of markets targeted, driving in prospective customers, creating the products to push to said prospective customers, how to manage the process of turning them from a prospective client to a current client, and all of the follow-up procedures that are a result. You can sum up the actions and responsibilities of these individuals into two words: business development.

SALESPEOPLE WILL BE REPLACED BY ROBOTS AND TECHNOLOGY

As we progress through the 21ST Century, developments in technology will in fact replace salespeople (order-takers). Their duties are so routine and robotic, that it’s much more efficient in a number of cases to just implement a robot instead, and save on the higher costs of labor. Or to put up an efficient website and allow the website to navigate the customers rather than a salesperson.

But those in business development can never be replaced by a robot.

WHAT IS BUSINESS DEVELOPMENT?

Those that are in Business Development are responsible for the building of strategic relationships with merchants, vendors, and partners, with a clear-cut focus on creating long-term sustained value. Long-term sustained value always comes in the form of new markets, new products and new processes, which manifests itself in the strategic role of CEO, CFO and Marketing Departments in corporations, but in smaller companies, this manifests itself in one word: entrepreneurship.

Entrepreneurship is all about taking a look at what’s currently happening and asking, how can this be done better? What segment of this market isn’t being catered to? How are the current solutions and products being pushed to this market inefficient? And how can I create better ones? How can I acquire new clients more profitably than competitors are?

That’s business development, which is different from being in “sales.”

BUSINESS DEVELOPMENT IS WHAT I DID

I often debate other professionals in our industry on commission points, as it comes up often today on how one should be making “8 – 10 points per deal” and if you aren’t making such level of points, they believe that you are doing something wrong.

My strategy was different, when I started selling the MCA product in very late 2009, my focus was solely on targeting A and B-Paper clients, which at the time there weren’t any pricing distinctions between low risk and high risk merchants. A merchant approved for an advance in general, was given the same high cost product, whether they had a 700 FICO or a 520 FICO.

My objective was to sell a more efficiently priced product to higher quality merchants, with great supporting functions in place to produce significantly low default rates, and a much higher than normal renewal rate. This strategy was completely different at the time than what the industry as a whole was doing in terms of the merchant cash advance product.

Over on the merchant processing side, my focus was to target higher risk merchants, which were more difficult to board and service, rather than targeting the same Card-Present mom/pop shops that everybody else was doing at the time who quite frankly, had no real needs for merchant processing nor the related technologies and value-added services associated as they already were “set.”

BUSINESS DEVELOPMENT IS WHAT YOU SHOULD DO

Some of you might not have the luxuries to think, innovate, and create, as you might be on a W-2 structure which puts you at the mercy of a “sales manager” who more than likely is using outdated marketing tactics (such as UCCs and Aged Leads) and encouraging you to sell a product that is not always the right fit.

Of course if you don’t achieve the established quotas, the sales manager will scold you by saying that you don’t belong in this industry, rather than looking at the main source of the problem, which is their outdated marketing tactics and uncompetitive solutions.

But for those of you who have such luxuries, I invite you to think, innovate and create. Be different. Be bold. Go after markets not talked about and solve the pain of others that have yet to be analyzed. Market different. Brand different. Sell solutions that others have yet to hear about.

Your bank account and career longevity will thank you later.