To this day, I still have no idea who The National Sales Executive Association is, such as what they do, where they’re located and how long they have been in existence (if they even exist at all). But a couple of years ago, I read a quote that was supposedly from this organization, that went as follows:

When Sales Are Made

From these statistics, we could conclude that 10% of sales people pick up 80% of the sales, due largely to the fact that they initiate five or more call attempts to the prospective client in particular.

While I have no idea who The National Sales Executive Association is, over my time in B2B sales, I can surely say that giving the merchant more time to respond to you surely works. Matter of fact, 2% is very generous, I think that less than 1% of my “closes” have been on the first call attempt and over 90% of my “closes” have come from making at least 5 attempts through either telephone or email. 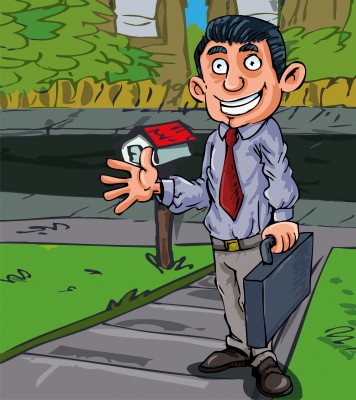 OUT OF TOUCH SALES MANAGERS

One of the main reasons I have only participated in the profession of Sales on an independent basis, is mainly so that I can contain 100% creative, strategic and operational control, and not be subject to out of touch Sales Managers.

The fact is that far too many Sales Managers are just out of touch, either they will have their team using outdated marketing tactics such as calling UCCs, Aged Leads, or random listings out of the Yellow Pages, or they might have their team selling inefficient products. In terms of inefficient products, they might have their reps trying to push 1.30 factored rated advances on A Paper clients in the age of Lending Club and other A Paper lenders filling up the merchant’s mailbox, email and voicemail with A Paper offers.

But if these two aspects weren’t bad enough, far too many Sales Managers also have a very impatient disposition when it comes to the B2B sales cycle. Far too often, they will set B2B sales quotas either by the day, the week, or the month, rather than by the quarter or the year, as they should be set.

The bottom line is that sometimes it just takes a merchant longer than usual to move forward, which while it surely delays the sales cycle, it doesn’t mean that the merchant is disinterested or trying to pull your chain, sometimes there’s just legitimate delays in the B2B sales cycle.

THE REALITY OF THE B2B SALES CYCLE

Far too many Sales Managers are just out of touch, as they still believe in the mythical smooth walking, talking and overly charismatic sales guy who can sell fire to Hell. According to these types of Sales Managers, you should be able to get all of your applications within the first call or within the first week of speaking with a merchant, and if you don’t, then apparently you don’t belong in this industry and should seek opportunities elsewhere.

How out of touch could these guys be? Have they ever in their life managed an individual B2B Sales Pipeline? In reality, here’s how the deals go most of the time:

SOMETIMES IT COULD TAKE 6 MONTHS OR MORE

This is why any B2B sales quota that’s measured on a daily, weekly or monthly basis is completely and utterly insane. B2B sales cycles can take longer and are usually more complex than B2C sales cycles which involve fewer decision makers, lower dollar exchanges and usually less complex solutions.

This is why Sales Managers and Agents alike should be more patient when it comes to the B2B sales cycle. On a daily basis, the focus should just be on continuing to grow your B2B Sales Pipeline as well as follow up on said B2B Sales Pipeline through telephone calls, email, mail and social media. You would then begin to receive emails, faxes and mailings with various application packages from members of your B2B Sales pipelines at random times of the day and night.

You should judge the effectiveness of your process on more of a quarterly or annual basis, rather than daily, weekly, or monthly, as sometimes the merchant just needs more time.
Don’t quit so early.