The UCC Boom Is Over 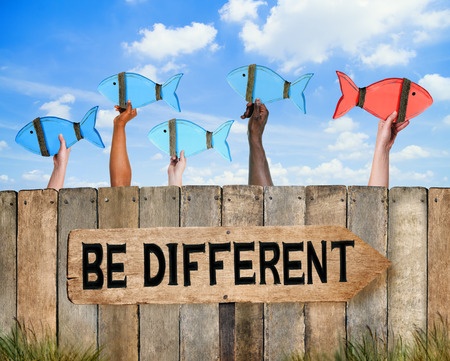 I spend a little bit of time scrolling through social media during my down times. There’s always an array of memes, GIFs, pictures, and random quotes that are posted either to spark laughter or to flat out troll a particular person or audience. I ran across a particular post that was interesting, it said: It’s called originality, you should try it sometime! This post got me thinking about our industry, the Merchant Cash Advance and Alternative Business Loan industry, and how over here on the broker side of things where we seem to as a whole, be lacking any type of originality.

But nothing seems to be more common amongst broker houses (large, small and one man shops) than the fact that we all seem to rely on prospecting to, marketing to and calling on the same merchants over and over, using the system known as The Uniform Commercial Code (The UCC).

The UCC was published in 1952, by a host of legal professionals including Grant Gilmore and William Schnader, to name a few. The code establishes rules and governs certain types of commercial transactions including leases, bank deposits, secured transactions, investment securities and letters of credit, to name a few. The UCC had been utilized heavily by our industry since the early days in the late 90’s until around 2011 to perfect an interest in future assets.

Starting in and around 2007, the UCC became a very strategic marketing tool because the merchant already knew what the product was, how it worked, and would most times seek renewal once they were 50% paid down. However, this was during a time when a lot of the funders were still pricing A-paper like C-paper, or B-paper like D-paper, so if you could build a quality funder network and price said merchants within their correct paper grade, you could steal them from their old provider through better pricing.

A lot of funders stopped filing UCCs on good accounts altogether or companies began using various fake/alias names starting around 2011 due to many new broker houses entering the space and solely using UCC filings as a way to market to merchants a “lower priced” merchant cash advance.

As funders grew tired of their merchants not renewing and instead switching to other providers, they responded by rolling out competitive pricing tiers and new renewal procedures.

THE UCC AS A STRATEGIC MARKETING TOOL

The UCC remains to be a tool for newer funders and brokers looking to make their mark. But with more merchants already being accurately priced, they have less incentive to simply trade one company for another. That doesn’t mean they’re not interested in using both at the same time however and thus stacking has kept value of UCCs alive. But will it last?

THE UCC BOOM IS OVER

It’s called originality, you should try it sometime!

It’s time for brokers to innovate and find other ways to market. In addition to the stacking, merchants are receiving 20 – 40 calls a week from different funders and brokers based on historical UCC filings.

This is insane. Instead of us all chasing after the same merchant, it’s time to find other quality forms of data to transform into a sales pipeline.

Home › merchant cash advance › The UCC Boom Is Over