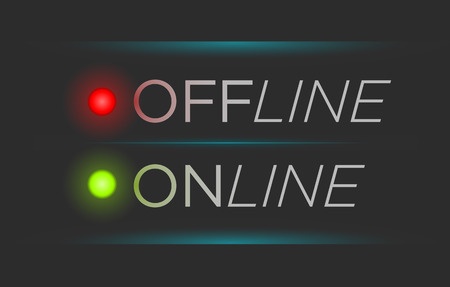 Two weeks ago the Wall Street Journal postulated that online lending’s biggest beneficiary was the U.S. Postal Service. “In July alone, Lending Club mailed 33.9 million personal-loan offers,” it said. “The average monthly volume of personal-loan offers sent through the mail has more than doubled in two years to 156 million in the year through July from 73 million in the same period in 2013,” it added.

These figures have some people concerned that there is no network effect for these lending platforms. Last month, Timothy Puls, an equity analyst for Morningstar, said that the value of a company like Lending Club doesn’t grow just because more users are on the platform. That means a continuous stream of marketing is essential since they’ll always need to find new borrowers to sustain the business.

To illustrate how sensitive lenders are to this, OnDeck CEO Noah Breslow spoke to the increasing competitiveness of direct mail in their 2nd quarter earnings call and argued their strategy was to “break through the clutter” and “better communicate our value proposition.” Analysts on the call were concerned by that, which prompted a question by Christopher Brendler of Stifel, Nicolaus & Company during the Q&A session.

Question by: Christopher Brendler of Stifel, Nicolaus & Company
You mentioned in the direct channel about a response rate, talking about a response rate to direct mail. Can you talk about the response rate that you are seeing in that channel? It seems like from an outsider’s perspective we’ve gotten more competitive and it sounds like you’ve had a little bit of a struggle there. We just want to see if there is any color you could add on what the competitive environment is having on the direct channel.

Answer by: Noah Breslow of OnDeck
I think what we are seeing really is just an intensified set of activities and you can’t really isolate it down to any single or couple of competitors but it’s sort of both in the offline direct mail channel, we are seeing increased mail volumes over where they were six months ago. And then in the online channel we are seeing increased bidding and so forth for Google Adwords and the like.

Nothing to worry about when it comes to that mail stuff though right? Google Adwords, facebook, instagram, and snapchat are where the real action comes from for online lenders, you might think.

According to Marlette Funding CEO Jeffrey Meiler, that’s not the case. In the WSJ, he admits that 90% of the billion dollars in online loans they’ve originated have come from offline channels.

And maybe that’s because the term online lender might be a red herring. Online lenders don’t only exist in cyberspace, they have offices in the real world just like banks do. And sure, they have websites, but then again so do banks. When you start to boil it down, online lenders look a lot like every other business in existence today. And while it may not be typical for a small business owner to walk into the office of an online lender to get funding, several lenders have said this happens. And for the brokers that arrange business loans, it’s pretty common for them to visit the actual businesses and meet with the owner(s). Not a very online experience…

It may be fashionable to say what separates banks from online lenders is that you have to walk into a bank to apply for a loan, but that’s often just not the case. Most banks offer loans through the form of credit cards both online and through direct mail and they’ve been doing this for decades. The only difference is now they’re competing with other lenders that don’t have local branches for the customer to walk into it, the online lenders. And maybe that’s what the difference is, being branchless could be what defines an online lender.

For now though, a heck of a lot of online lending seems to be originated offline.