OnDeck vs. IOU Financial: Are one of these lenders mispriced? 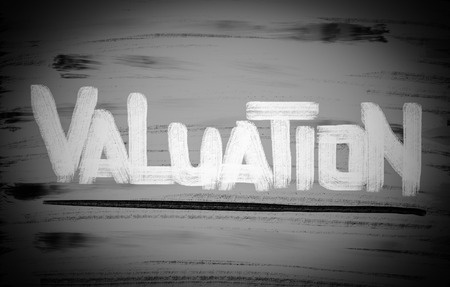 Has OnDeck’s stock price dropped so much that it’s now a buying opportunity? You’ll probably want to read this before you decide.

OnDeck’s IPO market cap was $1.3 billion. They funded $1.2 billion worth of loans in 2014. OnDeck’s stock has since dropped though, bringing its market cap down to around $650 million. The company is often compared to Lending Club despite their business models being completely different. But since there has been seemingly no one else to make comparisons with, the two have become star crossed lovers in a new FinTech Lending category of the market.

Everyone seems to have ignored the fact that one of OnDeck’s direct competitors is also a public company and I don’t mean a subsidiary of a giant conglomerate for which no individual comparison would be logical, but a standalone entity that is a serious player.

Kennesaw, GA-based IOU Financial (formerly IOU Central) is actually a public company in Canada, even though its only operational activities are small business loans in the U.S. The company is not a fly-by-night me-too business lender, as they funded more than $100 million in 2014 and earned a spot on the deBanked leaderboard for being one of the biggest in the industry.

OnDeck out-loaned IOU in 2014 at a ratio of 12 to 1, but here’s the kicker, OnDeck’s market cap is more than 34x the size of IOU. When converting to USD, IOU’s market cap is only slightly above $18 million.

That for a company that loaned $100 million last year. It’s no wonder that the perceived low market value has invited a hostile takeover bid from Russian venture capitalists. The tender offer of $15 million, presumably in Canadian dollars, would’ve acquired 55.9% of the company’s outstanding shares. The company is currently waiting for its shareholders to vote on the offer.

Meanwhile, another competitor, Kabbage, was recently valued at $875 million on loan volume last year of $400 million.

Ignoring all other factors that comprise a lender’s worth

On these stats alone, IOU Financial seems to be incredibly undervalued, especially for a company whose spokesperson is celebrity investor and TV personality Kevin O’Leary.

OnDeck touts OnDeck marketplace as a way to sell off loans and generate income but IOU also regularly sells off its loan receivables while retaining the servicing rights just like OnDeck does.

Kabbage out-loaned IOU last year by a ratio of only 4 to 1, yet is valued almost 50x higher than IOU.

Every company has strengths, weaknesses, and reasons why they stand apart from their peers even if they look very much like them. However, given the mind blowing disparity in valuations for lenders that compete for the same customer with similar products, there surely has to be a buying or selling opportunity in here somewhere.

I think the Russian nuclear scientists are on to something…

Home › Business Lending › OnDeck vs. IOU Financial: Are one of these lenders mispriced?