Commission Chargebacks: The Good, the Bad and the Ugly 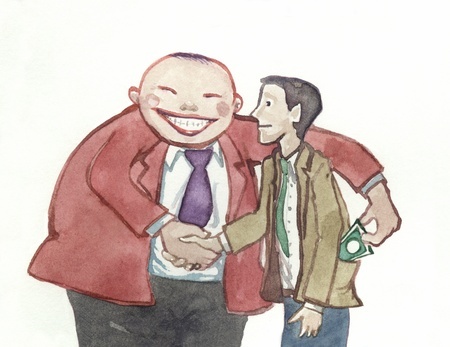 Imagine you’re a 20-something-year-old broker who’s just, in good faith, referred a merchant to a funder. You walk away with a few thousand dollars in your pocket, and you promptly spend it on rent and a celebratory steak dinner. Then all of a sudden…BAM! Just like that the merchant goes belly up and the funder’s knocking on your door to clawback your hard-earned commission money, which, of course, you’ve already spent.

“There are a lot of people who think there should not be commission clawbacks—that they’re unfair,” says Archie Bengzon, who runs the New York sales office for Miami-based Rapid Capital Funding, a direct funder. Bengzon was previously the president of Merchant Cash Network, an ISO in New York.

While there’s a fair amount of closed-door grousing by brokers, most funders are standing their ground—with only a select few companies kicking these controversial policies to the curb. More commonly, funders claim clawbacks, despite being hated by brokers, are a necessary evil. These funders say that without them, they’d stand to lose too much on bad deals and that they need a way to protect themselves from rogue brokers.

“There is a group of people out there who are trying to game the system,” says industry attorney Paul Rianda, who heads a law firm in Irvine, California.

The Case for Scrapping Clawbacks

“WHY DIDN’T THE UNDERWRITERS CATCH THIS?”

Brokers in favor of changing the status quo understand the need to prevent bad apples from smelling up the entire industry. But even so they believe that chargebacks are patently unfair to the honest majority of brokers who often make just enough to scrape by. In most cases, the brokers are typically young—18-to-26-year-olds trying to make money and learn the industry. They don’t have the financial resources that the funders do and the onus shouldn’t be on them if the deal they brought in—with good intentions—goes bust in a short time, according to the owner of a top-tier ISO/Hybrid in Staten Island, New York, who requested his name not be used.

One solution might be for more ISOs to stand up to funders and refuse to send them future deals. That’s exactly what the Staten Island executive did a few years ago when a funder he repeatedly worked with tried to claw back his commission on a particular deal. He made a big stink and told them he’d never send them business again. It was enough of a threat to convince the funder to back off. “If more ISOs start saying that…then the funders will start sweating and change their contracts. Because it really isn’t fair,” he says.

For some brokers, however, taking such a strong position with funders is a risky strategy in a cottage industry where all the major players know each other and there’s no shortage of hungry young brokers willing to do business. So while these brokers don’t like losing money, they aren’t necessarily loudly crying foul either. 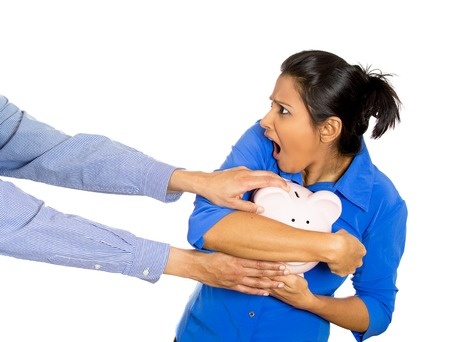 Matthew Ross, managing member of Go Ahead Funding, a broker and funder in Basalt, Colorado, has been in the business for nine years. He’s only had one commission clawed back once in this time period—it was a commission for $1,500 on a $25,000 deal that went sour within a month, he recalls. He was upset at the time and felt the underwriter should have done more to vet the merchant who went belly up. “Why didn’t the underwriters catch this?” he remembers asking at the time.

Nonetheless, Ross was a lot calmer than some brokers might have been under the circumstances. For instance, he says he never threatened to stop sending the funder business as many brokers might have done. “I don’t necessary like it, but I understand it. I’m not going to fight it,” he says.

Some brokers are making their displeasure with the practice known by declining to sign contracts that contain clawback clauses. Nathan Abadi, founder and president of Excel Capital Management, a New York-based funder and ISO, says he either refuses to do business outright or he comes to a verbal agreement with a funder that he’ll wait two weeks for payment to make sure the deal has legs. “I meet them in the middle,” he says.

The reason he likes this approach is that it’s more palpable for brokers to lose paper commissions versus actual money that they’ve already been given and possibly spent. Otherwise, as a business owner working with numerous agents, it’s bad for business. “It causes an internal conflict because now you have to penalize the person who’s working for you,” Abadi says.

The Flip Side of the Chargeback Coin

Meanwhile, there’s a whole other camp within alternative funding—including some brokers—who feel chargebacks are important as a fraud-deterrent. Given the fact that the industry is still largely unregulated, many believe that funders need some type of fire retardant to prevent being burned by unscrupulous brokers.

“We think that they serve an important role,” says Stephen Sheinbaum, founder of Merchant Cash and Capital, a New York-based funder. “Most of our stronger referral partners do not object to it. It’s a way of aligning our interests with the sales force.”

About 60 percent of the company’s funding business comes from third-parties including ISOs; its direct sales force accounts for the other 40 percent.

Even some brokers concede that clawbacks can serve a valuable purpose. Sure, it’s aggravating to lose money, but they feel that without clawbacks the industry would be even more of a free-for-all than it already is.

“I can see both sides,” says Bengzon, the funder and broker. Wearing his broker hat, Bengzon has felt the sting of losing a commission once or twice in the 100 or so deals he’s done. But he still understands why funders—who take a big monetary hit when deals go sour—would want to protect themselves and require brokers to have some skin in the game.

“If we’re going to reap the rewards of a nice commission, we should also understand that it can still be taken away if a deal goes bad,” he says.

When he sends leads to funders, Ross of Go Ahead Funding says he does his best to make sure he’s sending only high quality merchants. He tries to vet them upfront—to the limited extent he can—in order to avoid problems later on. Clawback provisions serve as “an incentive for [brokers] to keep their eyes open,” he says.

About 80 percent of the agreements that come across the desk of Rianda, the industry attorney, have a 30-day clawback provision. But he’s seen some agreements that have longer time frames—60, 90 or even 120 days. Those types of contracts aren’t as common, but they’re out there.

It’s important for brokers to carefully read the fine print of a contract before signing on the dotted line. “It sounds obvious, but a lot of people don’t do that,” says Bengzon.

The shorter the clawback time frame, the less brokers tend to balk. “People don’t want to be paid on a deal and three months later they lose that commission, which they’ve already spent,” he says.

Bengzon believes a clawback that extends any more than a month is excessive. “I would never sign something greater than 30 days,” he says. 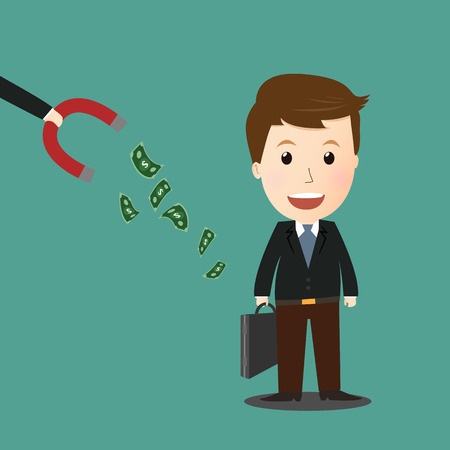 According to Sheinbaum of Merchant Cash and Capital, 30 days is an appropriate time frame to help weed out fraud without putting unnecessary burden on brokers who are sending legitimate business. “The purpose of the provision is to try and stop people from committing fraud at the outset,” he says.

David Sederholt, executive vice president and chief operating officer at Strategic Funding Source Inc. in New York, says clawback provisions in the contracts Strategic uses range from 30 to 45 days depending on the contract. He says he understands brokers don’t like them, but that it’s nonetheless important to have the provision in order to protect the funders. “There’s got to be some partnership involved here,” he says.

Clawbacks Not A Free-For-All

“IF SOMETHING GOES WRONG ON THE DEAL, THAT’S ON US. IT’S NOT THE BROKER’S FAULT”

Many funders recognize that there’s a fine line between protecting their business and cutting off potential revenue sources.

“You start clawing back commissions on every default, a broker will stop sending business,” says Ross of Go Ahead Funding.

Sheinbaum of Merchant Cash and Capital notes that clawbacks aren’t used as often as some brokers might think. He says out of 800 deals in a 30- or 31-day period, his company enforces its clawback policy only a handful of times each month.

He also points out that while the clawback policy is on the books, Merchant Cash and Capital looks at each situation individually. If it’s clear that the broker tried to defraud the funder, that’s one thing, he says. But, if for instance, a merchant has a heart attack and dies 20 days into a deal and can’t pay back the funds, Merchant Cash and Capital wouldn’t try to clawback the broker’s commission in that situation, he says.

Strategic Funding has only clawed back commissions once or twice in the past nine years, says Sederholt, the EVP.

The company works with a variety of brokers. Some have less than a 1 percent default rate and others have 12 percent to 14 percent default rates. As extra protection with brokers who have bad track records, Strategic Funding either declines to work with them at times, or has in place a stronger underwriting procedure with these deals.

Being more careful upfront is a better tactic than trying to go after commissions, which is extremely hard, Sederholt says.

While it’s not the industry norm, there are a few funders who have stopped using clawbacks, or are considering doing so, given all the headaches they can cause. Isaac D. Stern, chief executive of Yellowstone Capital LLC, a New York-based funder, says his company no longer tries to clawback commissions when deals go bust. The few times they tried to clawback commissions several years back, the brokers they went after were upset and threatened not to do business with them anymore. Yellowstone decided this approach was bad for business and that it would be more prudent to try something else.

“There’s too much competition, and if we were going to do clawbacks it would decimate our business,” he says. “It’s the broker’s job to bring in the deals. It’s our job to underwrite it. If something goes wrong on the deal, that’s on us. It’s not the broker’s fault.”

As protection, the contracts Yellowstone uses with brokers contain a provision allowing it to seek damages when fraud’s alleged. But in cases where brokers send what seems to be a legitimate deal that goes bad for something other than fraud, Yellowstone turns the other cheek. Yellowstone can afford to eat the $5,000 or $6,000 commission to ensure ongoing—and hopefully more positive leads—or so the thinking goes, according to Stern.

Overtime—if peer pressure continues to mount—it’s possible that more even more funders will decide chargebacks just aren’t worth the trouble. “I think the reason why some funders are moving away from [clawbacks] is because people are afraid of losing volume. Once one funder acquiesces, others will follow suit,” says Sheinbaum of Merchant Cash and Capital.

Home › merchant cash advance › Commission Chargebacks: The Good, the Bad and the Ugly