Wall Street Has a New Landlord 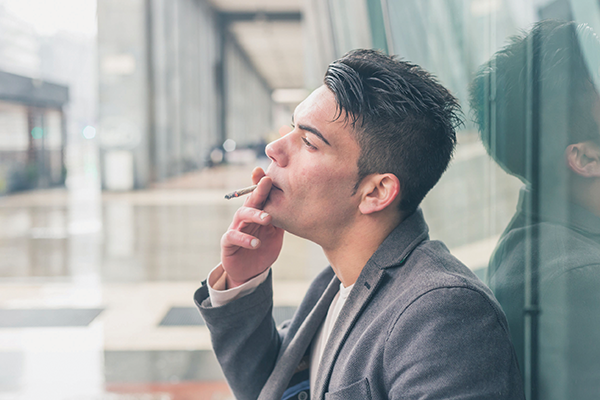 “You stole my deal bro!”


“No I didn’t. The merchant hated your offer,” replies back a 25-year old dressed in a dark pinstripe suit with no tie.

He then takes a pull from his half-smoked cigarette and continues, “The guy wanted 90k and you offered him twenty. I was at least able to get him fifty. What’d you think was going to happen?”

I walk past the two who eye me suspiciously and am quickly out of hearing range of their conversation. They were strangers, but I know exactly what they were talking about. Walking around the neighborhood here, I feel oddly at home.

This is Wall Street, a new stronghold for the small business financing industry. Midtown has traditionally been the epicenter for merchant cash advance companies, but somewhere along the way, new players started opening up their shops in lower Manhattan.

As a born and bred New Yorker, I never really saw a need to visit the actual street of Wall Street. To my knowledge, it was simply emblematic of high finance, not really a physical place anymore.

But earlier this year when I signed a lease at 14 Wall Street, I would be thrust into the middle of America’s biggest breeding ground for financial brokers and learn once and for all that the ebb and flow of Wall Street isn’t exactly gone, just transformed. 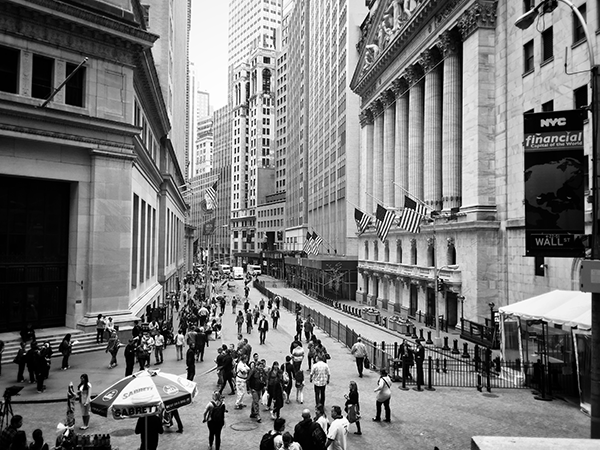 From my office up on the 20th floor, I can see into the windows of the top five stories of the New York Stock Exchange building. The floors appear to be set up for traders, with long white continuous desks peppered with large monitors on both sides. Everyone sits and stares intensely at their screens, pressing buttons on their keyboard at rapid fire pace. Nobody runs around screaming orders anymore. 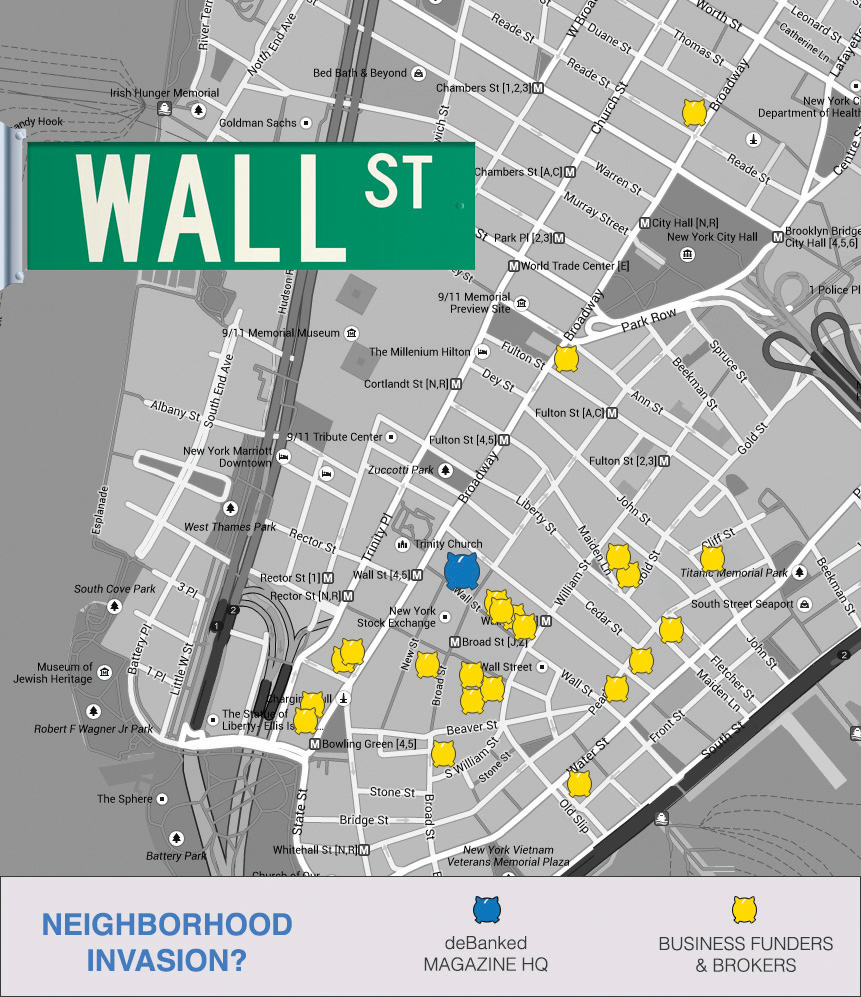 Outside, tour guides tell excited onlookers about the stock exchange’s past. It’s a historical landmark, a place to learn about history, not necessarily witness it. The spirit is still alive though in a zombified made-for-the-cameras kind of way. OnDeck recently kicked off their IPO there and so too did Lending Club.

While tourists dance around aimlessly and upload photos to facebook to show they were there, men and women in the office floors above them are engaged in a different kind of dance. Packed in elbow to elbow with phones glued to their ears, commercial financing brokers shout large numbers at an accelerated pace.

Often lacking luxury amenities such as windows, brokers on Wall Street are weathering the heat and lack of oxygen to move money to Main Streets all across America.

When they come out for air to breathe, the tourists move out of their way, as if they’ve suddenly become aware that people are actually trying to get some work done down here.

The little strip of Broad Street between Wall Street and Exchange Place is kind of like a schoolyard for the merchant cash advance industry. War stories are exchanged, cigarettes shared and dreams dreamed. One day, I’m going to start my own ISO and I’ll do it differently because… 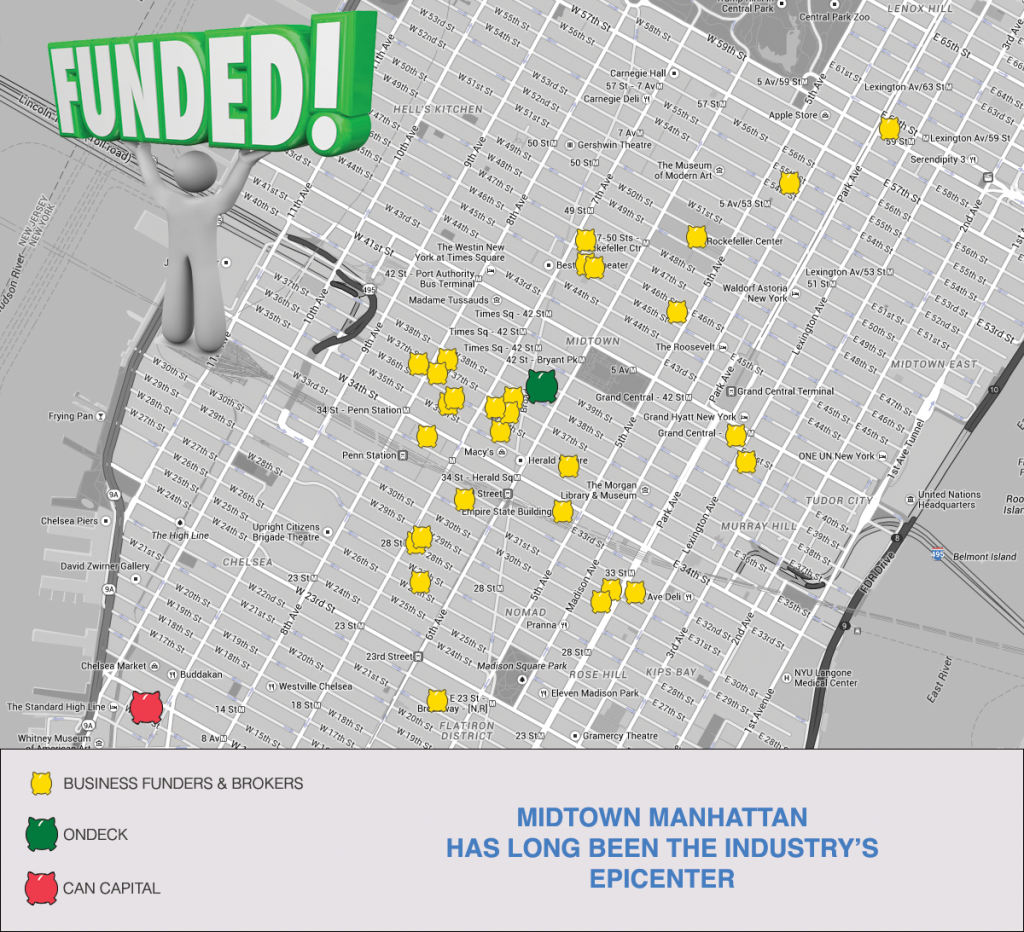 And while there are hubs in the outer parts, the most unique experience by far is down here on Wall Street, where you’re infinitely more likely to overhear professionals shouting “ACHs” and “stacks” than “puts” and “calls.”

Although the guides teach tourists that Wall Street as they imagined it to be is dead, Wall Street itself can never die.

Every now and then a pedestrian will look up at the offices above and wonder if the magic of fast-talking finance still exists. Is that world gone forever?

The stockbrokers may be gone, but there’s a new landlord. Wall Street belongs to the small business financing industry now. 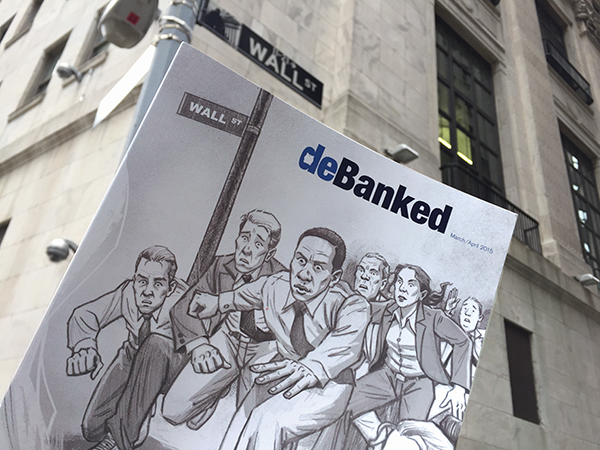