The Broker’s Future: Are The Good Times Over? 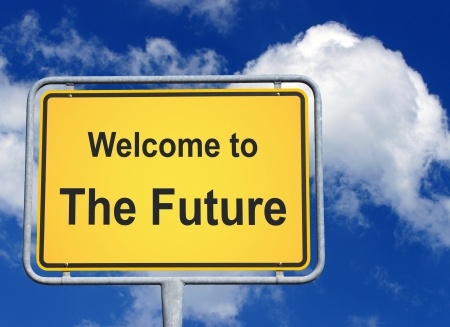 As we continue the Year Of The Broker discussion, we must take an honest look at The Future. Due to the low barrier to entry into our space, there isn’t a week that goes by that I don’t see another recruiting ad informing the reader that all they need is a heartbeat, a UCC list, and an industry list of SIC Codes to make big money in our space. But is everything really as rosey as promoted, or if you are a new broker, should you consider investing your capital (time, energy, money and mental health) in another industry?

To understand The Future, sometimes we have to look at The Past. Instead of a year of the broker, there was instead an actual era of the Broker, and that was from 2000 to about 2013:

Few firms offered a “Merchant Cash Advance” as either a direct sell or value add, and very few merchants were receiving telephone solicitations in regards to the having “working capital” other than those involved in the Equipment Leasing or A/R Factoring sectors. While the market was wide open, most merchants wouldn’t entertain an advance for 6 months with a 1.25 – 1.30 factor rate when banks were lending pretty well at much lower borrowing costs.

When the economy and markets took a downturn in 2008 creating The Great Recession, and banks halted most of their lending to small business applicants, the Merchant Cash Advance product was more aggressively sold by the pioneers of the industry through their Merchant Processing ISO relationships, direct selling, online advertisements, and more. The pioneers also introduced risk based pricing and premium priced products, allowing them to appeal to the higher credit graded merchants who were finally entertaining the product due to banks not lending as efficiently as previously. The pioneers also introduced multiple formats of repayment including through ACH, which allowed them to service merchants that they couldn’t tie the repayment to their merchant processing volume due to the merchant’s inability to switch or the merchant’s low monthly processing volume.

Awareness of the Merchant Cash Advance skyrocketed, hundreds of millions in equity capital began pouring in, major media outlets such as CNBC gave the product coverage, and annually the industry was funding over $1 Billion to small business applicants.

This boom period also started the trend of new lenders and brokers popping into the industry overnight using mainly the same marketing strategies such as UCC Lists, SEO, PPC, Bankcard Portfolio Marketing, and Cold Calling Various SIC Codes. These strategies worked in a decent fashion until the flood of new direct lenders and brokers coming into the industry continued, with these new entrants using mainly the same strategies. Profits were being driven down, new client acquisitions were being driven down, and because a funder’s UCC filings were being called so much, they decided to begin filing them under fake names or only filing them on riskier merchants, or never filing a UCC at all. Also most of the Online Marketing methods became too expensive, pricing the little guy out of the market.

Now we are in 2015 and new broker entrants are mainly using the exact same strategies from 2008 – 2013, discovering that UCC lists and Cold Calling SIC Codes just will not work efficiently going forward. The Future of profitability and new client acquisition in our space is going to be through Strategic Partnerships. There are three sections of your Strategic Partnerships and they are your Professional Network, Mom and Pop Network, and Online Network.

• Professional Network – The creation of a professional network from referrals such as Banks, Credit Unions, Accountants, Business Brokers, Merchant Processing ISOs, etc., to bring in a high amount of consistent leads of small business applicants who are currently seeking capital.

• Mom and Pop Network – The creation of an external independent broker channel that includes hundreds of random brokers that you sign up to resell your services. You would use the same tongue and cheek, everything is rosey, recruiting ads that I see every week just to get a rush of people on the telephone making cold calls to SIC codes, trying to compete in online marketing, or calling the remains of UCC lists, all with the dream of making a lucrative payday. The volume produced on an individualized basis will be so small it’s irrelevant, but as a collective, they will make up a major chunk of volume. This why I call these sources Mom and Pop.

• Online Network – This is your SEO, PPC, High Traffic Website Ads, and other online advertising methods. These methods will become more expensive going forward and only those with large marketing budgets will be able to truly capitalize in this area with positioning, listings, etc.

Our space is changing and new broker entrants might want to reconsider investing their capital (time, energy, money and mental health) into this venture. Only direct lenders with team members that were pioneers of this space as well as with the right networks and equity sources, are capable of truly seizing The Future. Those just now trying to come in and ride the wave will soon discover that just like with the Stock Market, the real money has already been made and most of the future returns are already capitalized. As a new broker, you more than likely will fall into that dreaded Mom and Pop category, which isn’t a good position to be in for The Future.

Home › merchant cash advance › The Broker’s Future: Are The Good Times Over?