Coming to the Rescue: Consolidation Can Save Merchants 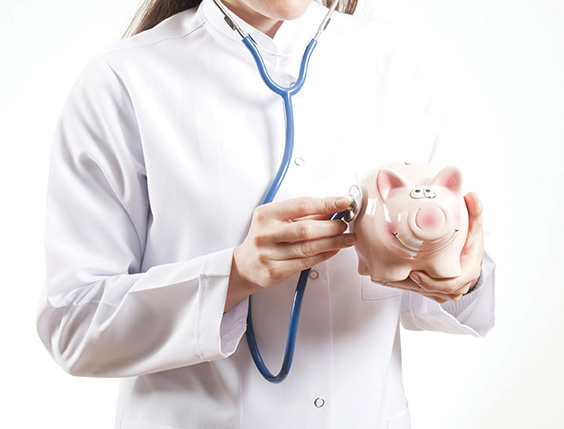 In the last 18 months, funders have begun offering consolidations that combine more than one advance. First, the funders buy out the merchant’s existing advances. Then funders lower the percentage collected from a merchant’s card receipts or debited by ACH. Sometimes, consolidation can even include an infusion of cash for the merchant.

“It can free up some cash and give the merchant some room to breathe, sustain the business and avoid taking on more debt,” he noted.

It’s helpful to think of consolidation as the equivalent of refinancing a house, according to Stephen Halasnik, managing partner at Payroll Financing Solutions, a Ridgewood N.J.-based direct lender. Payroll has been offering the service for about six months, he said.

Brokers and funders can benefit from consolidation because it puts a merchant back on track towards long-term sustainability, said a broker who requested anonymity. Moreover, the broker said that one in three of the potential deals he sees have multiple advances outstanding, which means companies could lose an alarming chunk of market share by declining too many potential funding candidates. “That’s what I believe the catalyst was to opening the doors to consolidation,” he contended.

Success in consolidation lies in finding merchants worthy of another chance, said Otar. Clients who have taken two or three advances but stick to the new plan and stop stacking advances from other brokers have a reasonably good chance of succeeding, he said. His company can work with a merchant that has as many as three advances outstanding if they have sufficient revenue.

Otar provided the example of a merchant who’s diverting 20% of his gross revenue to three advances. Together, the advances have led to a total of $50,000 in future revenues sold. If the merchant generates enough monthly revenue to qualify for $100,000, Excel can buy out the three advances, provide the merchant with $50,000 in cash, and lower the payment to 8% to 12% of gross revenue. “All of a sudden they have all this cash flow to play with that really wasn’t there,” he said of merchants in that situation. “They tend to do really well.”

Halasnik of Payroll Financing Solutions offered the example of a trucking company that had taken three advances and was delivering a total of $1,138 a day on average to the funders. Payroll bought out the three funders and is charging the trucker $615 a day.

One of Payroll’s clients needed to repair a commercial vehicle but already had too many advances and couldn’t get another, Halasnik said. Payroll consolidated the positions and lowered the payment, enabling the merchant to save enough money in two weeks to have the vehicle fixed.

To qualify for a consolidation, the merchant has to meet the “50% Rule” by netting 50% of what Excel is offering, Otar said. Between 40% and 50% of the distressed merchants that the company considers for consolidation meet that criterion, he said. An additional 30% of the merchants can meet that standard in the near future, once they’re further along on their agreements.

“listening to the customer, understanding the business and offering a product that is going to benefit the customer in the long run…”

Under the 50% Rule, a merchant that is still obliged to deliver $70,000 and qualifies for $100,000 would not be a candidate for consolidation, Otar said. In that situation, a merchant can wait until he has delivered more of the sold revenues to the funders and then get a consolidation, he said. “In the meantime, don’t take on any more debt,” Otar tells the merchants. That too could impact their ability to sell additional revenue streams in return for cash upfront down the road. 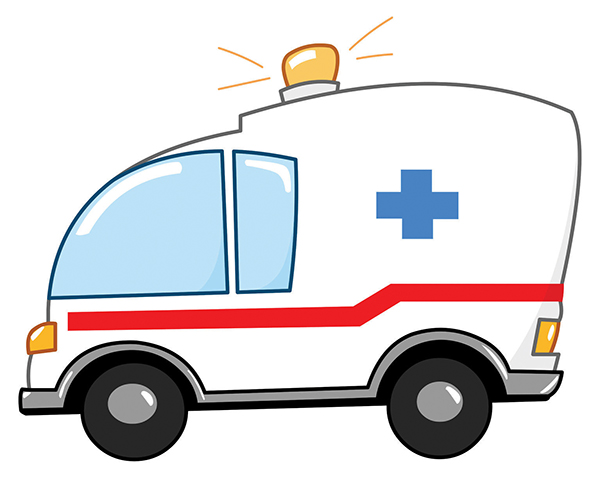 Some merchants combine debt and advances, seeking advances only after maxing out their credit lines, said Otar. More commonly, however, it’s a matter of stacking advances, he said. “When we see there are three, four, five, six, seven cash advances out, that’s a merchant we tend to stay away from,” he noted.

Brokers should also bear in mind that every deal’s different, cautioned Steven Kamhi, who handles business development and ISO relationships at Nulook Capital, a Massapequa, N.Y.-based direct funder. “It has to be the right deal,” he advises.

Brokers can identify distressed merchants within the first two minutes of a phone conversation when they say things like, “I need the money right now,” Otar said. Looking at the paperwork, the broker can see within 10 minutes whether the potential client is hard-pressed.

Asking the right questions helps reveal distress quickly, sources said. That can include asking how many advances the merchant has outstanding, how much in future sales they still have to deliver and how much revenue they’re grossing monthly. Asking what company advanced them cash can reveal a lot if they’re working with less-reputable companies.

Listening’s under-rated, too. Merchants sometimes explain that they’re coming up with more ways of making money and are, therefore, making themselves a better bet for sustainability, Otar said.

OTHER WAYS OF HELPING

Brokers can make deals more palatable to some distressed merchants by deducting payments weekly instead of daily, Otar said. “It’s something I’m seeing a big migration toward,” he noted. “It’s a big selling point.” Manufacturers and contractors don’t have customers swiping cards every day and especially appreciate the change. More widely spaced payments can also fit better with some clients’ seasonal cash flow.

Suppose Customer A owes a contractor $100, Otar said by way of example. The contractor can get $90 from the factor, and the factor collects the $100 from Customer A. The client pays the cost of the financing upfront but reduces the waiting time to receive the cash and avoids daily or monthly payments.

Accounts-receivable financing costs merchants much less than a cash advance, Otar noted. But putting the deal together takes longer than approving an advance, and merchants in immediate need of cash might not be able to wait.

In another example of helping merchants, Payroll had a client who was a bicycle shop owner with good credit and equity in a home, so it granted him an advance that gave him time to go to a bank and get a home equity loan. “I counseled him to do that and then buy us out,” Halasnik said.

On the sales side of the business, brokers can help distressed merchants by preventing stacking from occurring in the first place, sources said. Otar recommended, “listening to the customer, understanding the business and offering a product that is going to benefit the customer in the long run.” That way, the broker positions himself to work with the client for years, not two or three months. “At the end of the day, they appreciate that,” he said.

Halasnik relies on his experience as a small-business owner who has operated a printing company, staffing company and nurse registry to help him understand aspects of a client’s business that people from a purely financial background might not fathom.

Brokers seeking long-term relationships should know a client’s business well enough to advise against taking on more financial obligations when the time isn’t right, agreed Payroll’s Halasnik. However, after the broker urges caution, the decision rests with the business owner, he maintained. “We are on the same page as the client,” Halasnik said. “We are looking out for their best interest because, ultimately, we have to get paid back.”

THE CASE AGAINST CONSOLIDATION 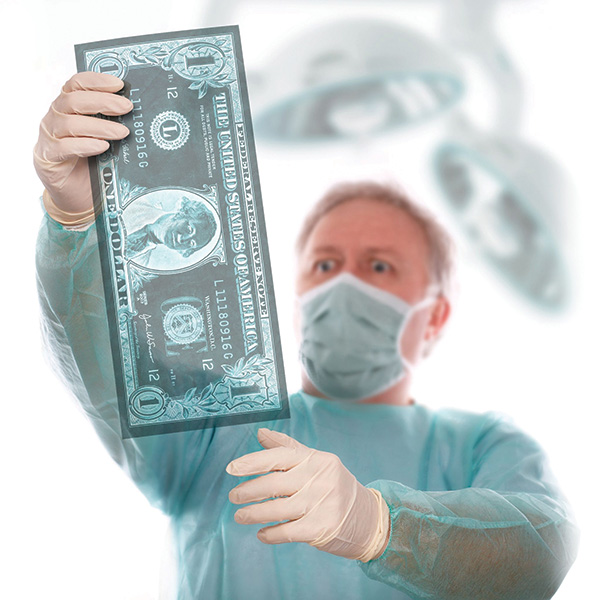 Some members of the industry prefer to avoid the consolidation trend. “The guy’s already shown that he’s going to go and take three or four advances,” said Isaac Stern, CEO of New York-based Yellowstone Capital. “Doesn’t history just show he’s going to do the same thing over again?”

When a merchant’s overextended, he should wait before taking another advance, Stern said. But when some merchants are denied another advance, they immediately seek out another funder, he maintained.

Yellowstone has put together a few consolidations but chooses not to create too many, Stern said. Some merchants find themselves a month or two away from going out of business unless they can find a source of cash, he observed. “They’ve been declined for that last credit card, and things are getting really rough,” he said.

Some members of the industry advocate coming together to improve standards and provide training. Wall Street’s testing and licensing could serve as an example, suggested one source. Background checks could also help root out unethical players, he noted.

But creating a training and certification infrastructure would prove a formidable task, according to Stern. The industry would have a hard time agreeing upon who should head a trade association to administer the standards, he said. He views the industry as a collection of Type A personalities – sometimes defined as ambitious, over-achieving workaholics – who would resist consensus. “It’s a nice idea, but I don’t see it working,” he said.

Though industry players are contending with some distressed merchants, Stern noted that the average credit score of his company’s clients is beginning to rise as the economy improves.

Though statistics on distressed merchants aren’t readily available, other industry veterans feel they’re not encountering as many now as a year ago. However, they said they may see fewer cases of distress because bigger players are beginning to offer consolidations.

“A year ago, nobody would consider doing it,” a broker said of consolidation. But as funders become more open to the product when they see competitors using it to gain market share. “It’s becoming more mainstream,” he said.

How brokers market their services can also determine how many distressed merchants they encounter, sources said. Using the same prospect lists that competitors use can lead to calling on overextended clients, they maintained.

Whatever the number of distressed merchants may be, stacking sometimes makes sense, said Halasnik. What if a client needs $30,000 to win a contract, and a funder is willing to provide only $15,000, he asked rhetorically. Perhaps another funder will put in $15,000, too.

Problems arise, however, if the two funders don’t know the merchant has made two deals because they happened the same day. It’s the kind of situation that sours some members of the alternative-funding community to consolidation. As Halasnik put it: “You’re dealing with somebody who’s in trouble. It’s the highest risk a lender could take.”

Home › merchant cash advance › Coming to the Rescue: Consolidation Can Save Merchants