Wasted Leads, a Plague in the Business Financing Industry


Many people don’t know this, but a few years ago I dabbled in online lead generation for business lenders and MCA companies. I did online marketing, captured prospects, qualified them using a very simple algorithm, and then directed them to the appropriate companies for a fee. I don’t do this anymore.

One of the first features I added to boost conversion rates of the recipients was auto-phone connect. It worked like this:

The entire process was fully automated. An applicant could fill out a form and be called with a live sales rep on the other end in literally 3 seconds. Basing the idea on studies performed by experts like Dr. James Oldroyd, who believes the odds of reaching a lead declines exponentially after the first five minutes, I thought my system was pretty damn brilliant.

Not quite. Every single company that tried it hated it. There were problems on all sides. The receiving companies would be too busy on other calls to answer the auto-connects, they’d be out to lunch, or the calls would come after working hours. Some receiving companies felt they didn’t have time to digest the lead they were being auto-connected to since the call was being connected before their CRM or email was even processing the data. That meant right after the merchant had just filled out a web form with all the necessary information, the sales rep being auto-connected to them didn’t have it yet and thus the merchant had to frustratingly state it all again.

Even worse, sales reps would answer the call and wait to be auto-connected to the applying merchant, but many merchants wouldn’t answer the phone on their side even though they had just literally filled out a form seconds ago requesting somebody call them. That meant sales reps were often answering dead calls. Doh!

Technological flaws aside, some of the casual feedback I got was that seasoned sales reps preferred to contact leads at their own pace anyway, with the belief that it improved their closing percentages. Why go into a call completely unprepared in seconds or minutes when you could mentally digest the prospect’s application and possibly do a little research on them online before reaching out?

But Oldroyd’s research would argue that it was better to reach out as soon as possible because waiting a span of mere minutes exponentially increases the likelihood the prospect will not even pick up the phone when you call.

So what was the happy medium or best method? It’s hard to say since I didn’t continue to evolve it or test further. I bowed to the pressure of the lenders and funders, all whom wanted it gone and I disabled the automatic phone connects for good. 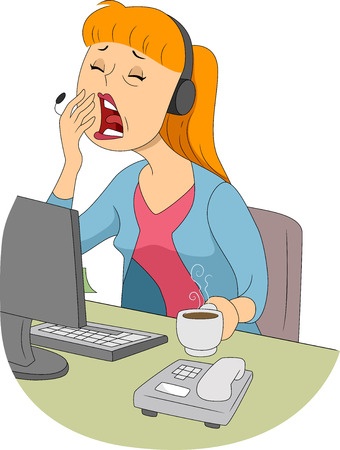 An experiment conducted early this year by FinServ’s Steve Conner found that 100% of sampled business financing brokers/ISOs in the industry waited longer than five minutes to call an inbound web lead. That’s a long enough delay by Oldroyd’s standards to infer that many merchants will no longer be interested by then to even accept the call.

Conner pretended to be a merchant and completed web forms on the websites of 52 brokers and funders in the industry. The fastest broker called in 6 minutes, but the average (for those that actually called) was an astoundingly slow 742 minutes, MORE THAN 12 HOURS LATER! More than half never even called at all. What the heck?!

Back in September I said that lenders will pay as much as $200 for an exclusive inbound lead in this industry. The kicker? Conner’s experiment and Oldroyd’s data say that brokers are waiting until the lead is already pretty much dead by the time they finally attempt to make their first contact.

No wonder costs per acquisition are so high?

The numbers were better for direct funders even though more than half of them never called the prospect at all. For those that did call, the average time to make contact was 17.5 minutes, far better than the average of 12 hours for brokers.

While I do not know specifically which websites were sampled, Conner’s full report (which you can download online) says that they researched the companies beforehand.

One has to wonder what happened to the leads for which nobody called. Were they filtered out and rejected by an algorithm? And if so, shouldn’t the prospect deserve to know?

While receiving a phone call from a sales rep literally seconds after completing a web form may seem creepy or overly ambitious, there’s nothing more disconcerting than complete silence. Where exactly did your information go then? 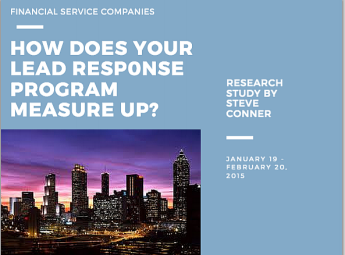 In July 2011, I pretended to be a merchant (much like recently featured loan broker William Ramos did) and filled out a single MCA website form to find out who would call me and what they would say. I still remember the name of the make-believe business I used because I still get called and emailed regularly by that company to see if my delicatessen is ready to get funded. It is now four years later.

“I’m still shopping around,” I tell them.

The periodic emails don’t bother me. Many years ago, they paid for my contact information, possibly as high as $200 for it. They might as well keep trying.

Ken Krogue, the CEO of InsideSales and a Forbes Contributor, discovered after his research that sales reps only make 1.3 call attempts on average to a lead before giving up. He tested over 10,000 companies in fifteen secret shopper studies. “We fill in a lead on their Web site with a real phone number and email address and track how fast they respond and how many calls or emails they make,” he wrote on Forbes. 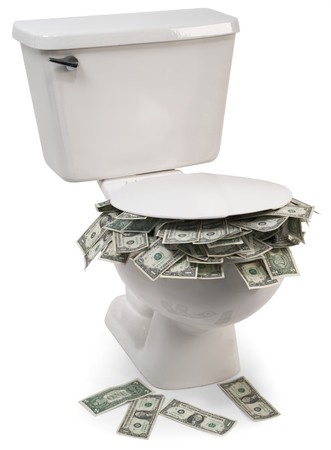 35% to 64% of sales leads never get called at all according to Krogue, whose results mimic the numbers Conner experienced in the business financing industry.

In off-the-record conversations I’ve had with a handful of lead generators in this space (companies that are neither brokers or funders), a leading challenge they face with buyers obsessed with costs and closing ratios is that the buyers don’t always end up calling all the leads or they call them once and never call them again.

There’s pressure on lead generators to provide 1-call-close quality leads. If the merchant can’t be closed on the first call, some reps are just throwing them in the trash, never to be remarketed to ever again.

“Spoiled,” was the word used by one industry veteran to describe the newer generation of sales reps who have walked into an industry growing by leaps and bounds. So many leads are coming in, that they don’t even know what to do with them all.

Research argues however they should be calling them inside of five minutes and of course following up. And there’s no reason that so many are never called at all.

One issue Conner discovered in his experiment is that several companies in this industry had broken websites. The HTML or javascript wasn’t set up right and the forms couldn’t even be submitted. :::face palm:::

Do you know your Web form-to-call response times? You should…