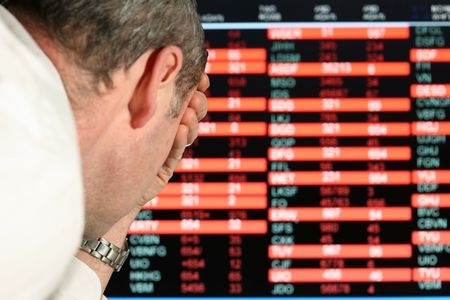 Days after OnDeck went public in December 2014, a handful of their competitors licked their lips and said, “Perfect. Now we can hedge ourselves.”

But can they really?

OnDeck isn’t quite merchant cash advance and not quite Lending Club. They might be heralded in news media as the poster child for the non-bank business financing movement but one could hardly say that they typify the average company in the industry. They do things their own way and always have. It’s the very reason they are often criticized by their competitors. OnDeck doesn’t represent an industry but rather an antithesis to an industry they were borne out of.

That’s not to say there aren’t many common denominators between their products and others such as merchant cash advances. There are. But as an outside investor who wanted to be long on the success of the merchant cash advance industry, OnDeck isn’t a perfect match. And if they wanted to be long on non-bank business lending, the daily payment short term system at the core of the company probably isn’t what an investor had in mind.

OnDeck presents only one investment opportunity, themselves.

But what if you short them? That’s the trade some funders and lenders talk giddily about over drinks as the answer (at least hypothetically) to an eventual economic downturn. How do you hedge your own portfolio’s losses? Just short OnDeck! or so the theory goes.

I don’t doubt that some folks have secretly placed the OnDeck hedge in their back pocket as a legitimate possibility, but I’m not sure anyone has really thought this through.

First, many funders rely on credit facilities from third parties to fund deals and scale operations. That means restrictions and covenants on how the money is allocated. I don’t think taking a multi-million dollar short position on a single stock was what the institutional lenders had in mind. Business lenders and merchant cash advance companies are not hedge funds. The immediate reaction to a downturn (whether miniscule or massive) should be to reduce the default rate, tighten underwriting, and cut costs, not take huge positions in the securities markets. 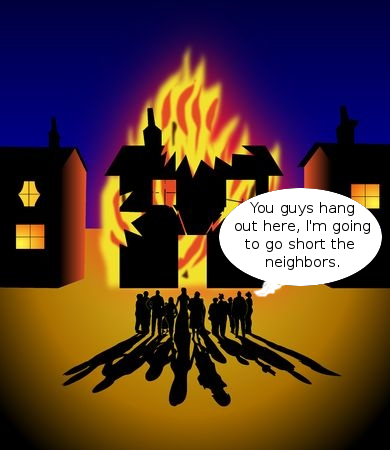 The logic behind this trade is almost like realizing that the restaurant you own is on fire and instead of running for water to put it out, you call an insurance company and take out a policy on the neighboring businesses instead. If those businesses burn down, you get paid, and the loss from your own restaurant burning down will be offset. Except now your business is gone.

Second, OnDeck isn’t a perfect match for this trade. In Barroom small talk, the hypothetical circumstances surrounding a hedge are less often an economic downturn and more often about everything going to hell. If everything goes to hell, we can just short OnDeck!

Except there are many sane reasons why OnDeck would soar in such a scenario. If purchases of future sales were interpreted to be usurious loans, well then that might cause everything to go to hell for merchant cash advance companies but boost the value of OnDeck who has been cognizant of state usury laws and the complexities of being an actual lender for some time now.

And if business lenders issuing 5 year loans with monthly payments are all falling apart, it’s possible that OnDeck with their 1-year terms and daily payment schedules would be a refuge.

Just yesterday, OnDeck beat the street’s expectations and then for some reason immediately lost more than 15% of their market capitalization. Bloomberg’s Zeke Faux ran the following headline, OnDeck Tumbles as Competition Forces Online Lender to Cut Rates, despite OnDeck’s execs specifying TWICE in the earnings call that competition had no bearing in their decision to cut rates.

While beating the street and subsequently getting clobbered may lend credence to the phrase, “buy the rumor, sell the news,” there wasn’t anything particularly jarring in the report to warrant such a huge sell-off. OnDeck doubled year-over-year revenues and they funded an astounding $416 million in loans in a single quarter.

The 15+ day delinquency ratio increased from 7.2% to 8.4% year-over-year however. CEO Noah Breslow and CFO Howard Katzenberg defended this as normal Q1 seasonality but were non-committal to the direction this would move in future quarters. Maybe that’s what spooked investors? It’s tough to say.

Had CAN Capital been publicly traded too, should OnDeck have taken a short position on them when they saw their own 15+ day delinquency rate spike? And should OnDeck buy put contracts on competitors that also eventually go public, you know… just in case everything goes to hell?

The only investment OnDeck should focus on making is in themselves. Leave the trades to the hedge funds who may actually be in the business of buying insurance contracts on a burning restaurant’s next door neighbors.

The only hedge to a failing business is to create a business built to last. Shorting OnDeck makes for entertaining barroom chatter, but it cannot be a serious fallback for a funding company worried about their portfolio.