The Myth of the Exclusive Lead 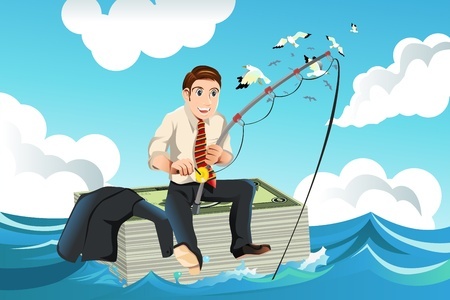 The Small Business financing space is getting crowded. There’s no disputing that. With new ISOs and Direct Funders appearing each day, this space is getting tighter and tighter. With a finite number of small businesses that are receptive to a certain type of loan instrument, competition can be fierce. Both existing and new funders are looking for ways to gain new business to ensure a stream of income. Many turn to lead providers like myself, but many ask the same question “Do you do exclusive leads?”

When theLendster was first starting out and getting its sea legs, a meeting was held with the management team and the idea of selling exclusivity to our clients was raised. This idea was warmly received all around the table. After all, the price would be higher. However, this became more troublesome than it was worth as we soon found out exclusivity was a myth and made us look not forthcoming with our clients.

The number of small businesses is finite but measurable. There are 319 million people in the United States today. Broadly speaking, small businesses are about 10% of this number. Therefore, we are looking at more or less 32 million businesses across the nation. Now, how many are looking for what we’re offering? 10%? 25%? 50%? Using these percentages, the “goldilocks” businesses (not able to get a bank loan but at the same time able to pay back an MCA or small business loan) number anywhere from 3 million to 16 million.

While this is a wide margin, it demonstrates something regardless: the number isn’t that large. So when adding in lead generators and funders/ISOs who do their own direct marketing, the competition to get a lead’s attention is fierce. The problem is everyone is reaching out to the same businesses. These prospective customers are being bombarded from all angles: telemarketing, email and direct mail. Each of these all sound like there could be some exclusivity and while a salesperson may have a small window of opportunity to grab the attention of the decision maker, it doesn’t last forever.

So when a business is identified, the whole industry zeroes in on them. Let’s give a hypothetical example: A salesperson is connected directly to the business’s decision maker via a live transfer telemarketing campaign and is able to talk to them about the product. This can lead to an application sent out. However the second the business owner hangs up the phone, they’ll go to their mailbox and get a letter from another funder or ISO. Now their attention is shifted to the letter. Then while reading the letter, in between serving customers, the phone rings again. It’s another funder. They listen and perhaps send an application. And then, When going to read their email, they are part of drip marketing campaigns from still other funders or lead generators. So right then and there, the attention that the original salesperson was fortunate enough to grasp has quickly faded away. 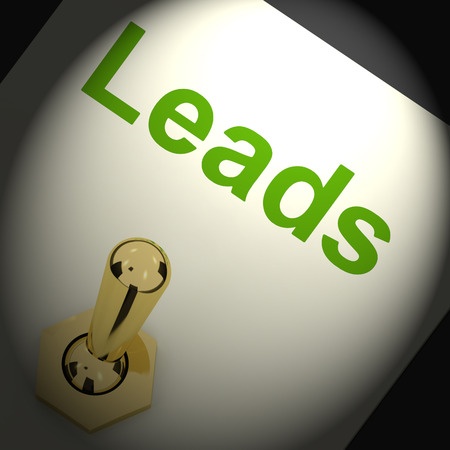 So how can a lead generator guarantee exclusivity? The answer is this: beyond promising not to sell the lead multiple times, there’s not much they can do. Going back to when theLendster was in the middle the exclusivity experiment, our clients would come back day after day saying that we were misleading them. Business owners would answer their phone and say, “I’ve been contacted by you dozens of times.” While this was true, it wasn’t an entirely accurate statement though. The leads that were sent were only delivered to one client. However, anything that was occurring outside the confines of theLendster was beyond our control. So clients believed that multiple competitors were contacting the leads from theLendster’s list, which was not the case.

In the end, theLendster decided to move to a shared lead model to ensure that clients who signed on were aware that not only would they be competing against others for the lead that was delivered, but also against others who reached that lead through other lead generators or marketing initiatives. Since then, clients have been satisfied and were able to adjust their sales tactics to make sure that they have a fighting chance on closing the business. In fact, many of the clients we have expressed that they are more successful using this approach.

But why are funders drawn to the exclusive lead? It’s simple. They believe that they are the only ones that will touch this potential customer. This gives their sales team a competitive edge. However, with the funding space as crowded as ever, it would be a success if the day the lead comes in that it was only touched by 3 or 4 other companies. This is why the exclusive lead is a myth. With hundreds of marketers dipping their hand in this well, nothing like exclusivity can be guaranteed.

All is not lost though, as leads themselves provide an invaluable service to ISOs and Direct Funders. Without this necessary marketing tool in the hands of sales teams, there would be no selling. Simply put: leads are the lifeblood of this industry. It’s what powers the sales engine and connects funder and funded.

From a funder and ISO viewpoint, exclusive leads should not, and from now on cannot be viewed as a siloed item. Business owners are not sitting by the phone, the mailbox, or the computer waiting for a funding opportunity to arise. They are out there running their businesses and trying to make their living. However, in between the day-to-day running of their business, they are being exposed to multiple solicitations from a wide range of funders. These prospective customers live in a world where they are constantly being exposed to your competition. Exclusivity is not the “golden gun” that can change a funder’s narrative. Because it was never existed in the first place.

Last modified: May 14, 2015 Richard Battista is Vice President of Business Development at theLendster.