BitPay Right at Home at Transact ’15 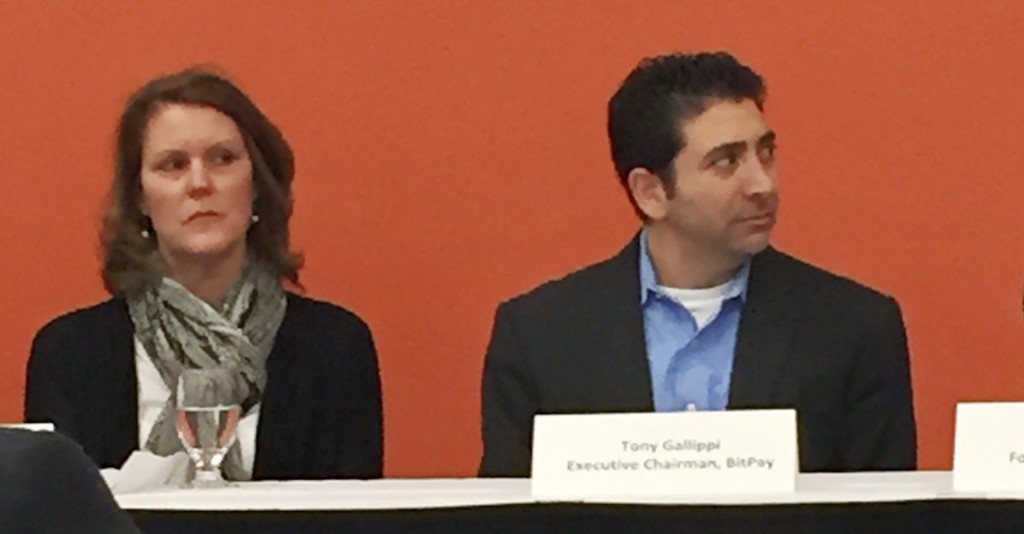 BitPay has a knack for flair. They sponsored a college bowl game known as The Bitcoin Bowl in St. Petersburg as well as a driver in the NASCAR Camping World Truck Series race. BitPay is bitcoin, but all grown up.

As a member of the ETA and with a business model similar to just about every other card processing acquirer, BitPay didn’t really look too out of place. At a press briefing on April 1st at Transact ’15, company co-founder Tony Gallippi sat in between Osama Bedier of Poynt and Joan Herbig of ControlScan to discuss the road ahead for payments.

Gallipi explained that they are working to integrate with POS platforms so that merchants can accept bitcoin using their existing systems. He also sought to dispel the myth that bitcoin is an untraceable currency by citing the bombshell news report published by the New York Times just the day earlier that revealed government agents had been caught stealing bitcoins.

“The agents, Carl Mark Force IV, who worked for the Drug Enforcement Administration, and Shaun W. Bridges, who worked for the Secret Service, had resigned amid growing scrutiny, and on Monday they were charged with money laundering and wire fraud,” The story states. The agents stole bitcoins recovered in the Silk Road case and laundered it. But since bitcoin is the perfect opposite of untraceable, both agents were caught.

Referring later to the phenomenon of using your mobile device to make a payment, Gallippi said, “a lot of the difficulty in changing is just muscle memory. We’re all so used to just reaching for our wallet to make a payment.”

While BitPay wore a good corporate face for the conference, news that their sponsorship of future college bowl games had been terminated hit the press right in the middle of it. According to Fortune, “neither side is talking about the abruptly ended sponsorship, but it likely has to do with the value of the game, and the value of bitcoin.”

That doesn’t sound good for BitPay, but it may have come down to whether or not it was a good use of their marketing budget. For one, their company name wasn’t even attached to the bowl title. It was the Bitcoin Bowl not the BitPay Bowl. But at least their one run was a moment to remember.

Hopefully BitPay will still be going strong at Transact ’16 next year.