The Unofficial Origin of Merchant Cash Advance (In Honor of St. Patrick’s Day) 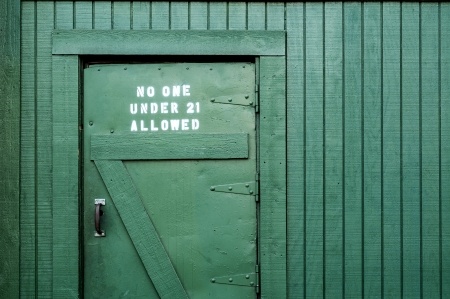 In the late 1790s, two brave pioneers trekked across the North American continent in search of a bank loan alternative. A particularly harsh winter almost managed to dash their dreams, but they pressed on. “For the free market! For funding!” they cheered. Their optimism stood in stark contrast to the cold rugged landscape through which they traveled.

They weren’t the only two who sought change, but they were the catalyst. One of them was Sam Smith, an owner of Ye Olde Bar and Restaurant. His partner was John Stacker. John was the more wild and unpredictable of the two. They had always brewed their own ale but their customers had grown tired of the taste and were turning to local moonshiners.

Eager to win back their customers, Sam reached out to the distributor of a major lager but was told he could only make purchases in bulk. It would cost them $10, nearly the amount his bar would earn in a month. He was confident that if he raised the cash, he could sell it to their customers for far more than they paid for it and come out ahead. Sam knew there was only one place in town to borrow a hefty sum of $10, First American Bank and Trust. It wasn’t a national chain, but rather quite literally the first national bank and the only one that anyone could trust.

“A business loan for $10?” the bankers laughed. “Absolutely not!”

And so Sam realized that if it was capital they sought, they’d have to get it from someone out in the great beyond. John agreed, kind of. He didn’t want to settle for someone. He hoped to enlist the help of everyone.

After packing their bags and saying their farewells, the two partners set off on a 900-mile journey. 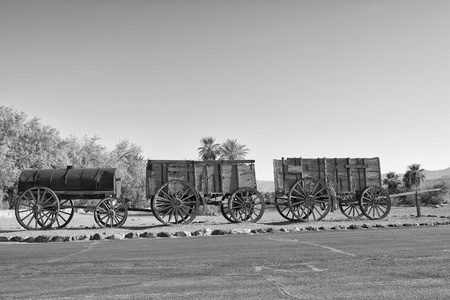 Their wagon fell apart about halfway there. When it could no longer be patched up, they continued on horseback. When the horses died, they walked. When their legs gave out, they crawled and when their knees gave out they did the worm.

With barely any energy left and ready to give up, they came upon a charming red brick building in the middle of a desert. A sign was posted outside that said “Ye Olde Barter Shop. Trade Inside.” If for no other reason than to rest, they made their way toward the door.

Behind the counter of the establishment was a dapper old man with silver hair. He spoke with a brogue and was quite possibly of Irish heritage. “Come to trade have ya lads?” He had a warm inviting smile and it caused the two friends to feign an interest, even though they had nothing to trade. 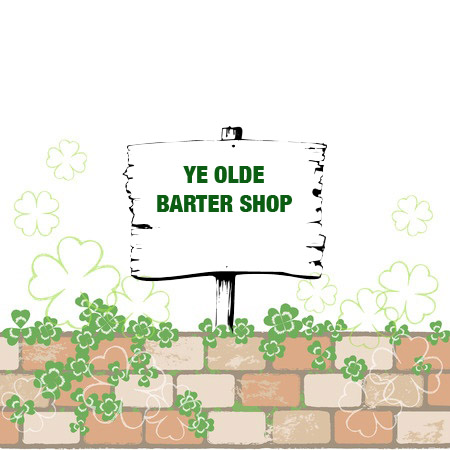 After some pleasant small talk, the Irishman asked what they were looking for. “We need money for our small business,” Sam responded. “Aye lad, well I’m not a banker ya know, but I might be able to work out a trade.”

Uninterested in anything other than money, they felt their time was being wasted and they turned to say their goodbyes. But the Irishman’s infectious voice called to them with an interesting offer. “I’ll trade ya lads. I will give you this $10 you seek, but in return you will give me $12 of your future sales. Tis’ a barter I just came up with.”

Sam was immediately interested, but had questions. “When do you need the $12 back by?” he asked. Before the Irishman could respond, Sam began to pick up on something he hadn’t before. What was a beautiful building doing in the middle of the desert? Why would an Irishman be bartering out here and wouldn’t the fact that his FICO score was below 680 be a deal breaker?

The entire experience almost seemed…magic, which made him even more receptive to the response he was about to get.

“The $12 is not due by any time. For every ten pennies you earn from your customers, take one and put it in a jar. When the amount in the jar reaches $12, you can bring it to me. As long as your bar is as consistent as you say and there’s no reason for me to believe that your business will close, I would like to invest this $10 for you to buy this fine lager. However lad, no lager is as fine as the true lager itself. I do hope this lager is Guinness.”

The Irishman continued but Sam was already sold. The stars had aligned. It was unsecured, it was fast, it was magic. As long as Sam could prove that they had no real problems with the tax man, they would receive $10. 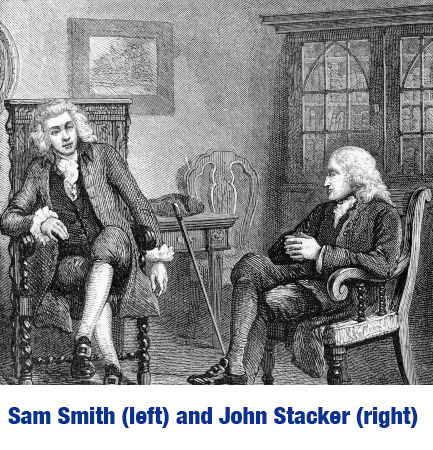 “We should do this with every barter shop in the country at the same time!” John exclaimed. Sam just glared at him.

After the Irishman pulled their credit, ran a UCC search, and examined their bank statements, they got funded. It was just that simple.

And so the end of the story is different depending on who you ask, though every version of it has a few common elements. Sam and John’s bar thrived and the townspeople loved them for it. John Stacker opened a separate bar that was all his own and he bartered his future sales all the way up to 12th position.

Other merchants began to tap into this kind of financing by trading their future sales in exchange for cash upfront. First American Bank and Trust was unperturbed and instead focused on how to charge people for holding their money, withdrawing their money, breathing and existing. Their goal was to one day become too big to fail, blow up, and then never lend to small businesses ever again.

And as for the barter shop run by the Irishman? Legend has it that they’re currently paying 14 points to brokers and gearing up for an IPO. They’ve also rebranded themselves in the public eye as a tech company. Private Equity is now all over them.

Happy St. Patrick’s Day. It’s okay to have some fun every now and then. 🙂