Would You Bet Your Retirement on Consumer Loans?


I like Lending Club. I have a rather sizable portfolio of their notes. I’m also long-term bullish on platform lending in general, at least long-term enough to feel confident to buy 3 and 5 year notes (and who knows how much things will change by 2020!).

There are limits of course to my optimism. The amount I’ve invested is essentially play money. It’s separate and smaller than some of my other more serious long term investments like mutual funds. I think that’s how everyone should invest on these platforms, even a rather vetted one like Lending Club. Only invest what you can afford to lose.

If you’re going to earn Wall Street yields such as 7-12% (after defaults) in a 0% interest rate environment, know that in the back of your head that you could encounter a Wall Street style loss. And don’t expect a bailout.

But this scares me: 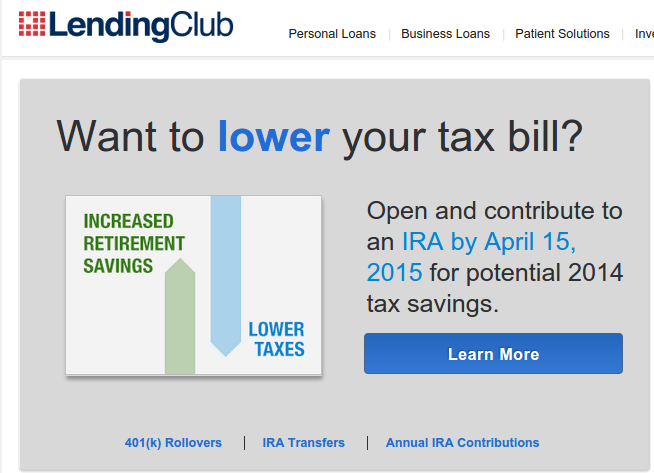 Putting your retirement funds in the fate of Lending Club and its young consumer lending model is being marketed as a quick way to lower your tax bill before April 15th.

I said I am bullish. I am not 30+ years bullish. A Lending Club IRA is the same as putting your life savings in a young tech stock, quite literally in fact since Lending Club only went public 3 months ago.

My hope is that Lending Club might actually read this post and re-evaluate the slippery slope of this marketing strategy.

A further explanation of a Lending Club IRA on their website:

Lots of tax savings talk, but no mention of how illogical it is for someone to put the fate of their retirement into the hot lending company of the moment.

Is your money safe? Two months ago Lending Club said it had not begun to explore the cost and requirements of licensing its lending operations in all 50 states. Right now, their entire business model relies on the longevity of their relationship with WebBank.

Mark Cuban says we’re in the midst of a major tech bubble. Maybe he’s wrong, but I wouldn’t bet my retirement on it. 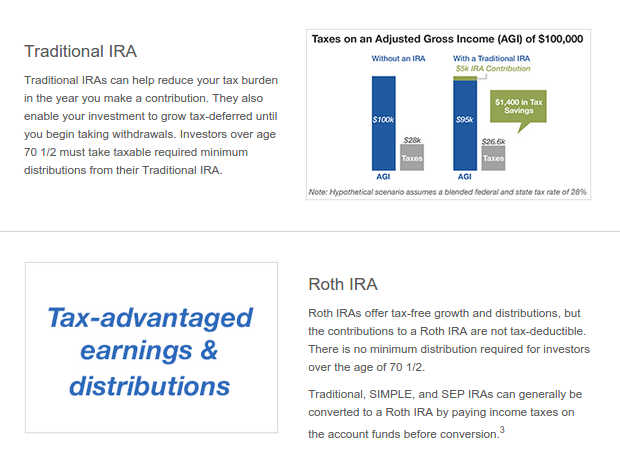 Hopefully someone doesn’t invest their entire retirement portfolio into something as new and exotic as Member Payment Dependent Notes under the guise of a tax deduction today.

I’m bullish on them. I like them as a company. They should probably fix the way their retirement accounts are marketed.

Home › peer2peer lending › Would You Bet Your Retirement on Consumer Loans?