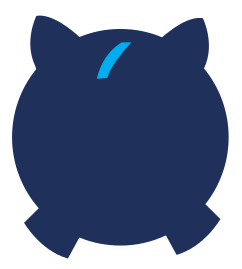 Back in July 2010, I launched www.merchantprocessingresource.com as an independent resource for merchant processing and merchant cash advance. At that time I was celebrating my 4th anniversary of working in the merchant cash advance business and realized there was little to no information about the industry online.

For the last 4 and a half years, this website under that name has been visited by hundreds of thousands of people, many of whom were new to the business or interested in getting into it. I’ve received thousands of emails and responded to an insane amount of questions.

In 2010, 95% of all merchant cash advances relied on merchant processing. For those that remember, funding was in many ways secondary to acquiring merchant accounts. But the industry has evolved and other related financial alternatives have sprouted up around it.

Over time I found myself exploring new avenues and relaying what I’ve learned or what I knew with the rest of the world.

Merchant Cash Advances may have started off as a product for those underserved by banks but it has morphed into an option for bankable businesses that would rather skip the bank. In a sense, today’s capital-seeking merchants are deBanking.

Consumers too are turning to peer-to-peer platforms and crowdfunding campaigns instead of credit cards and bank loans.

And then there’s myself. I started buying into Lending Club loans in January of 2014, almost a year ago. The returns crush what I could earn with a savings account or CDs. The bank is the least attractive option if you want to earn a return on your money.

But it goes beyond lending and earning interest. All the big conferences this year were filled with bitcoin enthusiasts, a payment technology and currency that is not only independent of government, but of banks. Of course I gave it a look and loved it. I shared my feedback in a post titled, My Journey to Bitcoin.

Merchant Processing and Merchant Cash Advance may have kicked off this blog, but four and a half years later, it’s time to acknowledge the other forces, many of which I have already been covering for quite some time.

With 2015 right around the corner, the world is deBanking in more ways than one.