Keeping Lending Club (and others) Honest 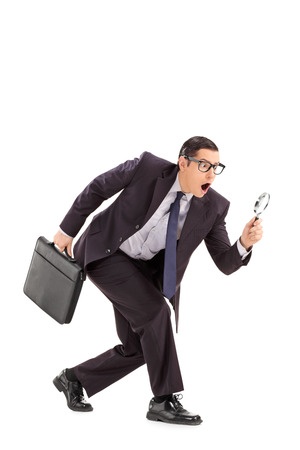 Now that institutional money is flowing into the alternative lending industry, some retail investors are starting to express concern that the rules are changing. Lending Club for example is no longer considered a peer-to-peer lending platform, but rather an online credit marketplace.

Investors don’t exactly make loans to individuals in that marketplace, but that’s sort of how the concept began. Today, a bank issues the loan to the borrower, Lending Club buys the loan and creates a note tied to the performance of the loan, and then sells that note to investors.

Lending Club holds all the power and that worries retail investors who believe that the company is not always forthcoming about what they’re doing. It’s not easy to find dissenting voices when the market is growing rapidly especially since the media is cheering the revolution on.

But in the back corners of the Internet there are groups of investors growing suspicious, if not downright paranoid that all is not right in Lending Club land.

On Peter Renton’s Lend Academy forum for example, healthy discussions are being replaced by collaborative investigations into Lending Club’s practices. As a retail investor myself, I can’t help but be drawn to it. Below is a list of some of the issues:

The Borrower Member ID number is never reused
If a consumer borrows money from Lending Club in 2013 and again in 2014, it would probably be useful for investors to know about the previous Lending Club loan. Instead, borrowers are issued additional Member IDs with each successive loan, masking the history of past loans.

Borrowers may be taking two loans simultaneously
Acknowledging that Member IDs can never be reused, curious retail investors used other data points disclosed by Lending Club to link borrowers together. They believe they discovered a number of borrowers who got two Lending Club loans back-to-back, sometimes within days of each other.

The concern here is that the borrowers were taking on much more debt than the investor was led to believe. For instance, an investor might feel comfortable with the borrower taking a $10,000 loan, but has no idea that another $20,000 is being issued to them days later under another Member ID number.

Whether or not this is actually happening and the scale of how often it is happening is tough to say, but a little detective work by others indicates that it has possibly occurred.

What happens if Lending Club goes bankrupt?
While a poll with so few responses (52 total) on the Lend Academy forum may not be statistically relevant, 75% of the respondents claimed to be concerned in some capacity that Lending Club has no Bankruptcy Remote Vehicle for retail investors. 21% said they were extremely concerned. Absent a BRV, a Lending Club bankruptcy endangers all retail investors from getting paid regardless of whether or not the borrowers are actually paying their loans.

Anil Gupta, the founder of PeerCube wrote the following on the Lend Academy forum in response to the BRV issue:

You are not alone. I am also in the extremely concerned category when it comes to BRV for LC. This segment has been wild-wild west and reminds me of combination of dot-com bubble in 1999 and housing bubble of 2007. Overall, I am very concerned with platform risks.

Premature IPO attempts by p2p platforms is also concerning. I am taking that as indication of founders, VCs and early employees want to cash out and exit while the market is hot. They may be seeing the growth reaching a plateau and increased competition. I believe we will see a lot of shake out when interest rate start to rise. Potentially stepped up government regulations of p2p platforms once investors lose money.

Startup woes?
Retail investors, particularly those that have deployed a substantial amount of their capital in Lending Club notes gripe that sometimes the financial reports they get are missing data, experience glitches, or are just totally wrong. While usually resolved to everyone’s satisfaction, as a seven year old company, one might expect for Lending Club to be much more careful at this stage in the game. With an IPO in the works at this very moment, they should be way past problems such as data in the downloadable files not matching the website.

New fees
In August, Lending Club announced they would begin charging investors 18% of the delinquent amount recovered if the loan is at least 16 days late and no litigation is involved. When investors pushed back, it turned out that was always their written policy, they were just waiving it for everyone’s benefit until now.

While the move means a few more dollars out of every investors pocket, it was noticed that loans that have been restructured at the borrowers request are not marked as current for the duration of the payment plan even if they are in fact current on the payment plan itself. So when loans get restructured, Lending Club begins taking 18% of every payment as if it were a continuing collections problem.

From a firsthand perspective, I had several loans entering into payment plans almost immediately following the issuance of the loans. Basically the loan would be issued, the borrower would make their first payment, they’d plead hardship, go on a payment plan, and then Lending Club would begin deducting 18% of every payment going forward.

In these situations, our interests are not aligned. By entering a payment plan, not only is the amount the borrower is paying monthly reduced, but 18% of each of my payments now belongs to Lending Club instead of me. Basically, the appearance that Lending Club has a personal incentive to place borrowers on a modified plan at my expense and without my consent is a conflict worth monitoring.

Automated Investing under delivers?
For those with too much money or too little time to choose notes to buy themselves, Lending Club offers Automated Investing, a program that will automatically buy notes within parameters you set when they become available. The draw back is that the filters are limited and some investors are complaining that they’re ending up with notes they never would’ve bought manually.

WebBank woes
On October 6th, Lending Club announced that investors would have to sacrifice several days worth of accrued interest to WebBank, the bank that issues the loans for Lending Club.

Citing the move as necessary to keep Lending Club robust in a changing environment, the run up to the IPO has had some investors feel like they are suddenly being nickel and dimed.

Refinanced
Not that this is necessarily bad, but there’s evidence that shows Lending Club is encouraging its own borrowers to refinance their loans to a lower rate. If they do it, it results in the original note being paid off. The payoff returns the cash to the investor who then may have to wait two weeks or more to put that money back into a new note.

It must be said that any time I’ve published a gripe about something Lending Club is doing, my account representative there has called me to try and resolve it. That’s surprisingly good service!

But while I feel safe enough about my investments now to keep them there, there’s nothing wrong with reminding Lending Club and all of the other disruptive financial companies out there that investors are watching their every move.

As long as they have your money, it’s healthy to keep them honest.