We were recently asked the following questions:

What do you think has caused this explosion of bank-only and loan products in the MCA space? Will they last? 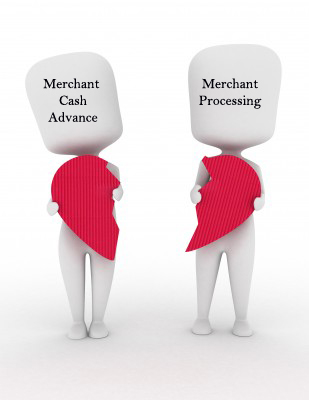 It’s said that 50% of all marriages end in divorce. So after years of a happy marriage and several offspring (starter advance, premium advance, and lockbox), the Merchant Cash Advance industry is seemingly ready to part ways from merchant processing. Back in the Mid 2000’s, the two did everything together. But now it seems every time a funder receives an application, there’s a note attached to it from the reseller that says “this needs to be ACH.” What began as a temporary work around for POS equipment that couldn’t be converted, has turned into a full blown fixed debit ACH love affair. Will this product boom last? How did this even happen?

Here are several of our theories, some of which may even contradict each other:

1. The Merchant Cash Advance industry has grown uninhibited for so long, that some companies do not see any harm in collecting fixed payments. A projected 6 month advance could take 18 months to complete due to a slowdown in merchant account sales, a risk that some funders are no longer willing to take.

2. At least one state (::cough:: California ::cough::)has been nagging Merchant Cash Advance providers to obtain a lending license even if they’re truly purchasing future revenues. If you have a lending license, you might as well actually lend money. Hence, more fixed term and fixed payment deals are being done.

3. Sales agents are constantly talking about upfront commissions and closing fees. It seems like none of them are earning merchant account residuals anymore or don’t see the long term value in them. Should we be surprised if an agent pushes to get an account funded on ACH instead of waiting 6 weeks to convert a Micros POS?

4. Payment technology has evolved too much. There are tons of ways to circumvent a funder’s split. Anyone can whip out their smart phone and swipe a card through an attachable device. There’s also the ability to get terminals and POS technology for free from virtually ever merchant services provider in the country. Instead of worrying about whether or not the merchant is going to secretly use Square or PayPal to bypass the split, it’s beginning to make more sense to pull funds from the bank account instead. At least if they end up using Square, PayPal or 10 other processors, those sales will end up in the bank account anyway.

5. “I have to change my processor? Ugh!” How many times have sales agents heard that? It only takes 1 sales agent in a 5 way deal competition to ruin it for everyone else by offering a fixed debit repayment program. No one wants to be caught without the ability to present the same alternative.

6. There are so many businesses that don’t accept credit cards, accept them with such low frequency, or in such a small proportion to their cash sales. It may seem like everyone is doing fixed debit ACH deals now, but in reality a lot of these businesses would never have qualified for a Merchant Cash Advance previously. The merchant pool has grown to include anyone that owns a small business instead of anyone that owns a small business that does at least $5,000 a month in credit cards and batches out 15x times consistently.

We think #6 is the biggest part of it, but certainly this shift in the parameters of eligibility and the widespread ability to ACH is cannibalizing the sector that would normally qualify for split-funding. The rate at which the industry is doing ACH deals may slow down but it’s very unlikely it will ever go away. Is this is all a fad? We think not…