What Ever Happened to Gradual Change? 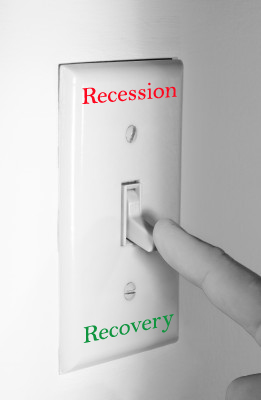 Did we really go from one extreme to the other?

In 18 months, we managed to go from barely using our credit cards to TOXIC LEVELS! So much for gradual change. On August 25, 2010, the Dow Jones reached an intraday trading low of 9,925. As we write this article, it’s currently priced at 13,177.

The headlines change so quickly that we’re starting to wonder what the heck is actually happening in this country. Every story announces that something is either the best thing in history, the worst thing in the world, on the verge of destruction, or never seen before. Many people are not even sure how to interpret these fluctuations. Does it mean that we’re in the middle of a full blown recovery or are we experiencing pre-storm volatility as we near the cliff of a catastrophic depression?

In August 2010, the average price of a gallon of gas was under $2.81. Today it’s over $3.71. And consumer spending is increasing but only because Americans are going deeper into debt. Meanwhile the the demand for business loans is increasing, signaling that the private sector is optimistic and preparing for growth.

Don’t take our word for it but the stock market is probably the best indicator of what all this data means. Using the efficient markets hypothesis as a basis, we believe that the recent surge in stock prices indicates that we are on the path to recovery. When the experts realized that the economy was on track to perform well, the market immediately priced stocks as if things were already great. That’s why you can’t beat the market. By the time you’re ready to make a trade, the price has already changed. Today’s Dow means tomorrows success.

It’s time to jump on the recovery bandwagon!