The point of sale isn’t what it used to be 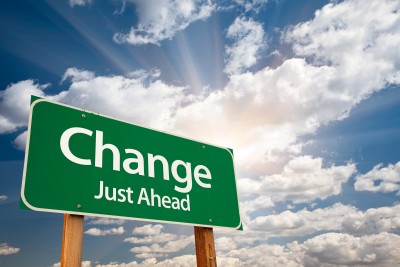 “I’m sorry sir but our credit card machine just went down. Can you wait 11 minutes while I activate a card reader on my iPhone so I can take your payment?”

11 minutes. That’s how long it took Sean, the founder of the Merchant Processing Resource to set up a merchant account with Square. The point of sale is changing quickly. Dial-up terminals are becoming more and more like their carbon copy imprint predecessors and there’s no way to stop the changing tide. According to Square, 1 out of every 8 merchants in the U.S. uses Square to process credit cards.

The revolution in payments seems to have gone over the heads of Merchant Cash Advance (MCA) providers, a financial industry that purchases future card revenues of small businesses. If the big MCA players have plans in the works to overcome the obstacle of capturing revenues, they certainly haven’t made them public.

We first sounded the warning bell to the industry back in May, 2011, in an article that characterized the modern merchant as having four methods of accepting electronic payments: Desktop POS software, a terminal, PayPal, and mobile payment software. This payment makeup directly leads to rising costs of the MCA product. The ultimate result of our warning was…nothing. MCA providers have for the most part shrugged off the changes in the point of sale, rather than stay ahead of the curve. It’s a shame.

The Electronic Transactions Association (ETA) recently created a certification, a nationally recognized level of excellence for the payment industry employed to become true professionals. A Certified Payment Professional (CPP) will be best equipped to work with business owners and they are required to be knowledgeable on the subject of MCA, as indicated in the CPP handbook. The reverse is unfortunately not required of those employed in the MCA industry, where underwriters mostly hail from the worlds of lending or leasing. Bankcard is certainly not their strong point.

There is a big void of bankcard knowledge in the risk assessment of MCAs. Underwriters are accustomed to reviewing “batch data,” the amount settled out by a merchant, normally once at the end of the day. But press an underwriter for an explanation of where the batch came from, if the technology was PCI compliant, or what would happen to their interchange rates if they delayed settlement for a few days, and you’ll likely catch them scratching their head.

I once personally experienced this firsthand when a relatively new MCA firm sent a 3rd party site inspector to visit a clothing store prior to approval. The inspector’s report and photographs indicated that there was no physical credit card terminal on site but that a USB swiping unit was attached to a desktop computer at the register to accept card payments. The MCA provider declined the deal based on the report since the lack of a credit card machine flew in the face of the processing statements they received. I appealed the case to the CEO, who responded by e-mail with, “The merchant is showing $7,000 a month in credit card sales but when we visited the store, there’s apparently no credit card machine there.  The statements we have must be fabricated.” Flabbergasted, I pointed out that the merchant uses desktop POS software and a swiping unit and that it had been verified in the inspector’s report. The last e-mail I received from the CEO was, “I don’t know what you mean by their computer accepting credit cards. Is this PayPal? We don’t do PayPal. We only fund merchants who process on site and they don’t seem to process on site. The deal remains declined.”

Just because I haven’t cited the name of the company, doesn’t mean this exchange wasn’t real. It was and It’s even more embarrassing because their goal was to be in the top three largest funders of MCA in the country. They’re still in business but they’ve suffered some major setbacks.

USB card readers have been in use for a long time and we recently had the pleasure of hearing from Richard Freedkin, the Co-founder of USBSwiper.com. We asked if the mobile pos software revolution was impacting the desktop industry. He shared this, “I don’t think that the USB card readers are being threatened per se… however; I believe that the Mobile Payments industry will make a dent.  There will always be people using computers for their POS especially at more fixed locations and Internet access is much cheaper than mobile phone data plans that are required for processing to work.”

And while he’s probably right that the desktop POS experience isn’t going away, they’re not standing on the sidelines either. “We are also about 6 weeks from releasing our new beta version of our software for iPad, iPhone, iPod Touch and Android systems.  We will also have a swiper for that platform as well.  So we will offer the best of both worlds.”

Great firms innovate so we’re waiting…waiting…waiting for the MCA players to follow suit. If 1 out of 8 merchants are using Square, then the MCA industry is ignoring at least 1 out of every 8 merchants or failing to capture total card revenues from their merchants that use it.

Besides, technology companies like Roam Data are claiming that their mobile payments device has 3x the capabilities of Square. With Text2Pay, you can just SMS text someone funds or better yet, FaceCash allows consumers to make payments using their phone and their FACE!

Capturing payments directly from a merchant account is what made the MCA industry so popular but it could also be their downfall. If a merchant can activate a new account in 11 minutes, then surely there must be an increased focus on the overall banking and financial picture of a small business before purchasing future revenues. That might be where underwriters with lending backgrounds excel but if they don’t know bankcard, then they don’t know squat.

The point of sale isn’t what it used to be…

Home › merchant cash advance, Merchant Processing, MPR Authored › The point of sale isn’t what it used to be