What’s Going on in California?


The people have spoken! Many of our readers have sent e-mails wondering why we don’t have any coverage on the recent events in California. So here goes:

If you’re out of the loop, a nearly 3 year old lawsuit against one of the major Merchant Cash Advance (MCA) providers is coming to a close. Their name is not important, but it is a firm we revere still to this day. The story takes place in California, where a group of merchants in 2008 contested their Merchant Cash Advance was actually a loan, not a sale. In the other 49 states, MCA has been virtually undisputed for years but California law has shades of Gray. 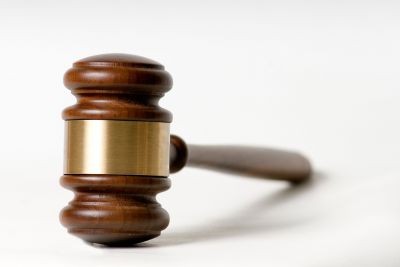 There is one cardinal rule for making a loan in California and that’s to be licensed to do so. The case struck at the heart of what MCA is all about, a sale of future card payment receivables for a discounted price today. So why would a buyer of future cash flows need a lending license? The answer is not a short one and it was a heated debate that spanned 3 years.

It comes as no surprise that the end result was a stalemate. Both sides exhausted their time and energy until they called it quits with a settlement. Over $4 Million dollars will be paid to the legal team representing the plaintiffs. That’s big bucks for a group that was unable to prove over the course of 3 years the need for a lending license to conduct a sale.

While the affected merchants, attorneys, and the MCA provider are eager to move on, a particular California law firm seems to have grabbed the baton. As of early March 2011, at least 3 other MCA providers are now facing the same situation. We’ve seen the court filings and it’s essentially the same challenge and question of licensed lending.

However, when considering the absolute unlikelihood that these independent lawsuits would have come together at the same time without extreme goading by their class representation attorneys, we are highly suspicious of the motives behind them. The timing implies that merchants funded by MCA provider A, MCA provider B, and MCA provider C all approached the same law firm at the same time with the same problem. This may have been possible if each provider structured a deal in the exact same manner. Rather, each provider used different contract language and there is no commonality between them outside of the tendency to all describe their product as a “Merchant Cash Advance”.

We are therefore inclined to believe this law firm is taking the “throw shit at the wall and hope something sticks” approach. Keen to the $4 Million windfall to be reaped in the case described above, it is reasonable to believe these attorneys went searching for customers of all MCA providers and invited them to be plaintiffs in their frivolous suits. There’s no precedence that they’ll win, but there is for a settlement, and a settlement could mean millions of dollars in representation fees.

Some of The Merchant Cash Advance Resource’s top connections can attest that this particular law firm spent a substantial amount of time surfing the net for all MCA providers in California. Using their web traffic analytics and tracing the activity to their domain name, it certainly appears they’re going shopping for “victims.” If we are right, expect more lawsuits from them in the next few months.

To add insult to injury, these events coincide with tough economic times. MCAs are widely celebrated as the easiest, most flexible financial option available to small businesses today. Over half a billion dollars was funded in 2010 alone. With the Federal Government struggling to do the same, it is troubling that a few slick lawyers are seeking to take the lifeline away.

The SBA is in shambles, the unemployment rate is extraordinary, and banks are unwilling to lend. That’s not a great combination for America’s small business owner. Fortunately MCA providers have filled the gap. If steps are taken to discourage them from operating in California, millions of dollars will disappear from the state’s economy. That means less jobs, less sales, and less growth. And if that day should come, don’t point the finger at the Governor, The Federal Reserve, Obama, or the banks. You’ll be able to thank a few lawyers that robbed Californians for their own personal gain. The truth hurts.