Banks Don’t Care About SBA Loans or Your Tax Dollars


Need proof the Small Business Administration (SBA) does more harm than good? The SBA has been protecting banks for decades against up to 90% of losses on eligible business loans. Funded by taxpayer money, it was designed to stimulate lending in the private sector. But banks have perverted the system and are using it as a literal blank check to commit fraud and reap profis.

With the Government footing the bill on defaults, banks have made it their business to make as many loans as possible to generate fees, regardless of whether or not the borrowers could repay. We have proof and it comes right from the source in a report prepared by the Office of the Inspector General.

The Office of the Inspector General performed an audit on loans that had problems or defaulted especially early. On the sample they selected, it was determined that 82% of the loans should not have been made at all. From the report: “The audit identified material deficiencies in 32, or 82 percent, of the 39 early defaulted or early-problem Recovery Act loans reviewed, which resulted in the disbursement of approximately $5 million to borrowers who could not repay or were ineligible for the loans.“

82%?! And no, these loans were not flagged for technicalities, but rather for wildly incredible mistakes or intentional malice. This includes: 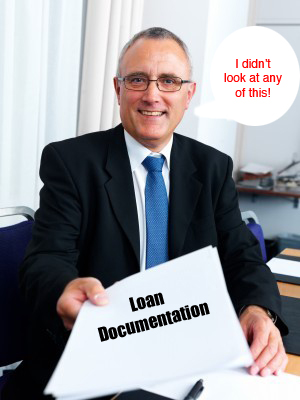 As of June 30, 2010, there were a total of 484 early-defaulted or early-problem Recovery Act loans approved for $69,205,600. If the audit is any indication, it’s because 82% of the time, the banks just didn’t care. And why should they? The Government has only stepped up the effort to spur lending using this massively failed approach.

See more on that in our article, More Funding for Small Business Loan Programs – A Dysfunctional System

It may be interesting to note that while the traditional banking system is mired in corruption, an alternative financial product known as a Merchant Cash Advance (MCA) has been helping small businesses for years. With no taxpayer default guaranties, flexible terms, and an openness to borrowers of all credit types, it’s on track to become the most sustainable form of financing for businesses in the U.S.

Perhaps we’re a tad biased since we follow the MCA industry religiously, but one thing is for certain, don’t trust your banker for a second. They’re trying to pull a fast one almost 82% of the time.