Did Somebody Say the End of the Credit Card Industry?


We check our site’s inbox once a day and usually receive some compliments, feedback, or industry secrets. But over the last two days, more than 15 people e-mailed us this link: The End of Credit Cards is Coming. This was followed by a barrage of comments such as “Does this mean the end of the Merchant Cash Advance industry as well?” or “It looks like your site topics are going to be obsolete.”

If any industry is poised to take a hit as a result of this “payment evolution”, it’s likely to be the manufacturers of plastic and magnetic strips. (The companies that make the cool shiny holograms on the back may also suffer.) If you actually READ through the article, it discusses an industry progression towards contactless payments. A contactless payment is still an electronic payment and it involves the same networks and banks. Saying the declined use of physical rectangular plastic cards will result in the end of the electronic payments industry as whole is like saying that the less frequent use of flutes and banjos will result in the end of music.

All sarcasm aside, this progression towards contactless payments indicates the merchant processing industry is on the verge of an explosive rebirth. Here’s why:

The growth of contactless payments will likely cause Visa and MasterCard to increase certain interchange categories. They will rationalize this by providing proof that contactless security costs more.

Every merchant needs to accept both Visa and MasterCard branded cards in order to survive. In some regions of the country, it’s also important to accept American Express. Though American Express charges merchants more, they can’t afford not to have it. That being said, the above referenced article mentions the formation of a new super power payment network called ISIS to rival the current players. ISIS was formed by AT&T, T-Mobile, Verizon, Discover and Barclays Bank. Since ISIS is indepedent from the other payment networks, they will be able to create their own “interchange” and cost structure. I am inclined to believe that costs will not be lower than what’s commonplace in the current marketplace.

For the past 4 years, we’ve been lectured repeatedly by the government, teachers, and financial experts that credit cards are bad. During that same time period, we’ve also celebrated the importance and efficiency that phones/smart phones have brought into our lives. Blackberries, iPhones, Droids, texting, apps, skype, and wireless internet are the bread and butter of our daily lives. So what is the public inclined to infer with phones capable of making electronic payments?

As long as Smart Phone is Good, consumers don’t need to feel guilty over their usage of credit. I’m sure we’ve all seen the debt counseling talk shows where they take an out of control spending housewife and force her to cut up her credit cards. She cries a little, acknowledges her problem, and then in a symbolic gesture of triumph, cuts up her cards. The entire charade portrays the plastic card as the perpetrator of the woman’s debt problems. One thing I don’t expect to see any time soon is a woman being lectured by a debt counselor to smash her iPhone with a hammer to stop her out of control spending. “In order to conquer your debt, I want you to go home and burn all 5 of the Droids on your family plan.”

Join the thousands of people who are breaking their scissors on their phones, buying new scissors, and then smashing their phones with a hammer. Say “Forget it to Credit” because there’s no app for your spending problems! 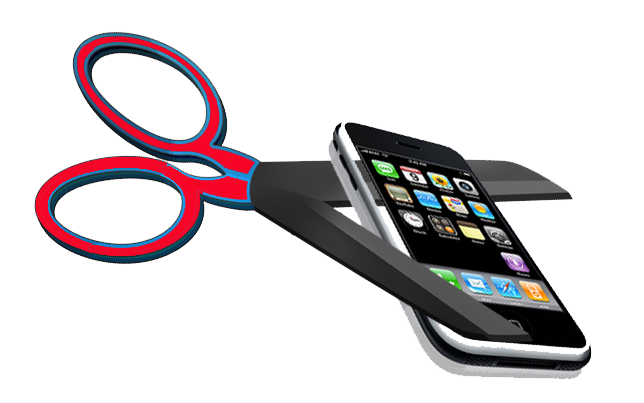 Those rectangular plastic cards may be on their way out but contactless payments are going to bring billions to the merchant processing industry. Happy processing!

Home › Uncategorized › Did Somebody Say the End of the Credit Card Industry?