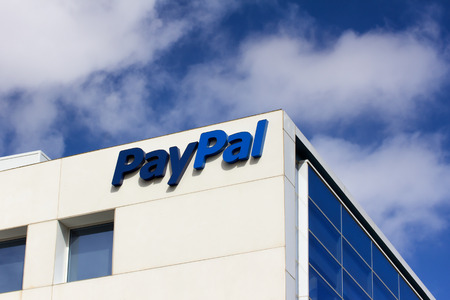 PayPal didn’t offer precise quarterly origination figures for its “Working Capital” loan product on Tuesday, but it did reveal total originations since 2013. The number? 1.3M loans for a total of $25.6B across the US, UK, Australia, and Germany. Though there is an international component, the totals are higher than rivals OnDeck and Square Capital over the same time period.

The company’s small business lending operations draw little attention given that its payment business, which includes Venmo, is so massive. The size of it first became known in 2019 when it offhandedly claimed $4 billion in annual business loan origination volume for the year. That number shrank to $2.6B in 2020 during the pandemic, which was still more than all of its competitors.

In the US, its loans are actually made possible through WebBank.

PayPal: “We are now one of the top 5 lenders to small businesses in the United States” 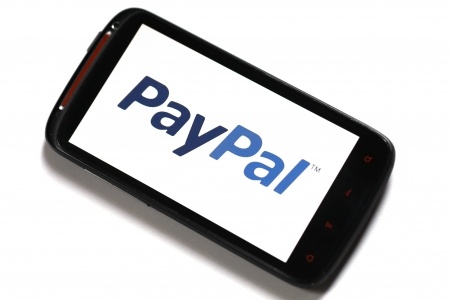 PayPal’s Q4 earnings report failed to mention its small business lending division, but an internal assessment of its Working Capital product was made known through a recent interview published by McKinsey.

“Through our PayPal Working Capital product, we are now one of the top five lenders to small businesses in the United States,” said Franz Paasche, PayPal’s SVP, Chief Corporate Affairs Officer at PayPal. “Seventy percent of those PayPal Working Capital loans are going into regions of the country where banks have pulled out, sometimes for good economic reasons,” he continued.

Despite the self-reported achievement, the company’s attention is now focused in a different sector of lending altogether, in the rapidly expanding consumer market known as Buy Now, Pay Later (BNPL).

“Buy Now, Pay Later is a perfect example of the type of investment we are making to give shoppers and retailers more reasons to engage with PayPal,” said CEO Dan Schulman during the company’s recent earnings call. “Buy Now, Pay Later is available in 8 markets, including with Paidy in Japan. We continue to see rapid consumer adoption, with $3.2 billion of Buy Now, Pay Later TPV in Q4 alone, a $13 billion run-rate, with Q4 growth of over 325% year-over-year. We have processed 54 million loans globally since launch, with 13 million unique consumers and 1.2 million merchants using our Buy Now, Pay Later services.”

PayPal’s stock plummeted by 20% after earnings were released that was connected to challenges unrelated to lending facing the company.

PayPal was mum about its working capital loan products in the latest quarterly earnings report, but clues lie in an important line item, Loans and interest receivable. The figure has historically been closely correlated with originations. PayPal reported $3.7B in those receivables at the end of Q3, up from $3.2B in Q2 and up from $2.77B at the end of Q4 2020.

The number was close to $4B at the end of 2019 so the figures represent a return to previous levels.

In the earnings call, PayPal CFO John Rainey said “growth in our short-term installment pay portfolio was the primary driver of this increase.” Rainey appeared to be referring to its Buy-Now-Pay-Later product.

Separately, PayPal announced that Venmo users should be able to pay for purchases on Amazon beginning next year.

This page has been updated to reflect the CFO’s statements that the increase was driven by short-term installment lending.

PayPal reported originating a total of about $2.6B in capital for U.S. SMBs in 2020, which doesn’t include the more than $2B in PPP loans it arranged.

“PayPal delivered record performance in 2020 as businesses of all sizes have digitized in the wake of the pandemic,” Dan Schulman, President and CEO, said.

Exact origination figures are hard to track through the firm’s quarterly reports. The Working Capital product is only mentioned in passing. At the outset of the pandemic, PayPal reported that they helped merchants by “Granting deferral of repayments on business loans and cash advances at no additional cost.”

Throughout the remainder of the year, PayPal was echoing the problems of the industry and slowed down funding as a whole. In the 2021 first quarter call, John Rainey the CFO Global Customer Operations, said that the firm “Tightened underwriting and strong repayment activity contributed to lower balances in our merchant loan portfolio.”

PayPal launched Checkout with Crypto, allowing users to use Bitcoin, Litecoin, Ethereum, or Bitcoin Cash to checkout at more than 29 million PayPal merchants.

The transactions will be settled in cash by PayPal automatically, and the firm said it does not plan on holding the coins and will likely sell the balance off. PayPal had previously offered to buy, sell and hold cryptocurrencies on their platform through a partnership with Paxos Trust Company.

How will the transactions be taxed? The terms and conditions state that PayPal will provide 1099 forms and report to the IRS, but “it is your responsibility to determine what taxes, if any, apply to transactions you make.”

A lot of Crypto news happened at once. Yesterday, Visa announced a USD Coin program, aiming to allow transactions to be settled through a stable coin backed by the USD.

After adding cryptocurrency to the platform, Schulman said that users that bought virtual assets log in twice as frequently as they did before.

“We have seen an exceptional response to pour crypto launch,” Schulmann said. “The crypto volume traded on our platform greatly exceeded our projections.”

PayPal recently disclosed the dollar amount of receivables it had “purchased” between its working capital and business loan program for the first 3 combined quarters of 2020. The figure was $1.5B, down by more than half from over the same period last year. That would seem to suggest that the actual origination figure is probably $1.3B, which is still larger than some of its closest competitors. Numbers from rivals like Kabbage (recently acquired by Amex) and Amazon were not readily available.

Karbowski has been with the company since 2013.