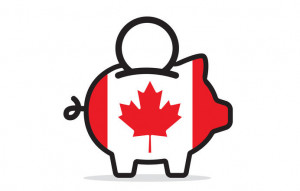 After seemingly endless deliberation, Canadian open banking is finally being implemented; a huge win for the already high-performing fintechs that call Canada home.

After overcoming laws that prevented access to the data that fintechs need to innovate, the Department of Finance in Canada named Abraham Tachjian as the open banking lead as of last week, in another legitimate step towards incorporating open banking within their legacy financial institutions.

This comes on top of Canadian fintech’s major impact both in Canada and abroad. Canadian companies in the space of lending, payments, banking, and crypto have been some of the best performing and most innovative companies around the world, despite not being able to leverage open banking in their innovation strategies within Canada until now.

In a release from the Canadian government, Randy Boissonnault, the Minister of Tourism and Associate Minister of Finance, commented broadly on open banking’s implementation of the new system.

“Canadians deserve a secure open banking system that is regulated, efficient, and protects their personal information,” said Boissonnault. “This is an important next step in the process of implementing the Advisory Committee’s recommendations, in order to convene stakeholders to design and implement the foundational elements of an open banking system that benefits both Canadians and businesses.”

In all the niches in finance, Canadian companies seem to have their name on the top of list. Corporate card companies like Jeeves is now with over $2B, Canadian Venture Capitalist firm Portage Ventures is one of the world’s largest with $4B in assets.

In the US, Canadian-giant TD Bank became the 6th largest bank in the states with recent acquisitions of First Horizon Bank in late February.

Apart from the success of companies themselves, a sign that the Canadian fintech space is doing well is a desire to reconnect in person. The CLA’s Leaders in Lending Summit was recently announced for mid-November, a gathering of a sector of Canadian finance whose future was doubted after pandemic-induced restrictions on their industry. deBanked reporters will be attendees of the event.