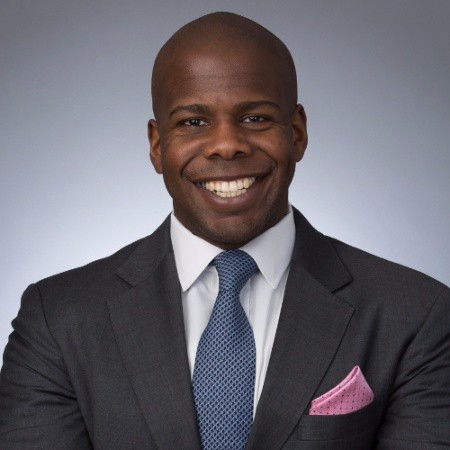 Andrew Glaze, CEO of Wealthstack, shared his thoughts with deBanked on the role fintech is playing in bringing innovation to minority communities. While actively working in the financial world and spreading awareness about the diversity issues in the field, Glaze hopes to share his story so that those in similar situations as he was know that there is a chance to achieve profound financial literacy.

According to Glaze, Wealthstack is mainly a digital investment platform designed to teach diverse and underserved communities how to invest. These communities include African American, Hispanic, Asian, and veterans.

As a Jamaican immigrant, Glaze went from sleeping in a two bedroom apartment with twelve people as a child, to climbing through the financial world. According to him, he now manages over a billion dollars of capital between all of his financial endeavors.

“In Bed Stuy, I saw a lot of impoverished, poor, good and noble people who would never have the opportunity to create wealth for themselves,” said Glaze, when asked about what Wealthstack was all about. “So I created a platform that allows me to leverage my expertise and experience, and recognize the training tools within it. There’s a number of training platforms out there and there’s a few educational platforms out there, this is both.”

As a West Point and Columbia Business School graduate, he made his way through Wall Street as a banker and then a hedge fund manager. He now wants to use his adversity ridden story to provide an opportunity for those that grew up in the similar conditions he did, putting together an effort to provide a fair chance for the underserved at being financially successful.

Wealthstack users will get the education and real world practicality out of the mobile app, and they will soon be able to invest directly on the platform after they learn about what each type of investment is.

“We do a series of two to four minute videos that cover everything from the very basics of what is a credit score is, all the way up to how to value businesses based on cash flow. There’s over one hundred videos on the platform today, each video features diverse actors, so you’re able to see people that look like you.”

When asked about the biggest issue facing underserved communities, Glaze discussed access to capital as one of the things that over time, has not caught up with other bias practices being weeded out.

“I’m in a unique position as an African American veteran immigrant, and also senior financial professional, who serves on boards. I’m evaluating $500 million loans for $2 billion businesses that I’m on the board of, but then also going out and personally applying for credit at different points of time. I am very familiar with the challenges that are faced due to inherent bias.”

Although Glaze said that things changed a lot over the past hundred years when it comes to underserved communities having wealth, he thinks lending is lagging behind. “I will tell you that that same spirit of resentment against offering capital to people that don’t look like you certainly is alive and well today. And it manifests in a number of different ways.”