NYC Rapper’s Experience With Fat Joe is Becoming an NFT 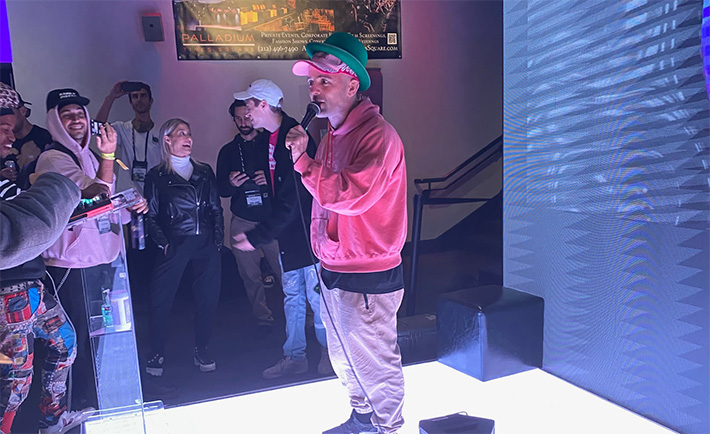 Rami Even-Esh, better known by his rap name Kosha Dillz, went viral last week after hip-hop artist Fat Joe joined him in his ritual of rapping for Knicks fans outside of Madison Square Garden before and after home games. When Fat Joe approached him while he was rapping, Even-Esh’s life changing moment spiraled into a world of opportunities. Now, he’s trying to turn a once in a lifetime experience, along with other highlights from his life, into NFTs.

Even-Esh spoke with deBanked at NFT.NYC on Wednesday about his performance at the event, after he just showed up and was given a stage—subsequently stealing the crowd away from the speaker’s showcase in the next room, and towards his crypto-inspired rhymes.

“Fat Joe heard me rapping on the beat, got on the mic, and tipped me twenty bucks,” said Even-Esh, when describing the incident he wishes to mint. “He got on the mic and spit a verse that I knew word for word, from Big L’s ‘Enemy’, it’s a very classic song. That went to one page, then it went to another page, and then that was it. Game over. You know, we probably hit about nine million views and now more people are posting it.”

After the iconic moment outside of Madison Square Garden, Even-Esh immediately hopped on a flight to Colorado to try and make another connection with Fat Joe during one of his shows there.

“I showed up on my own flight, and went there unannounced. Then he saw me, embraced me, there were bunch of cameras around us. Fat Joe sent his people to bring me backstage, they interviewed me, and then they said man, we’re going to put you on stage.” 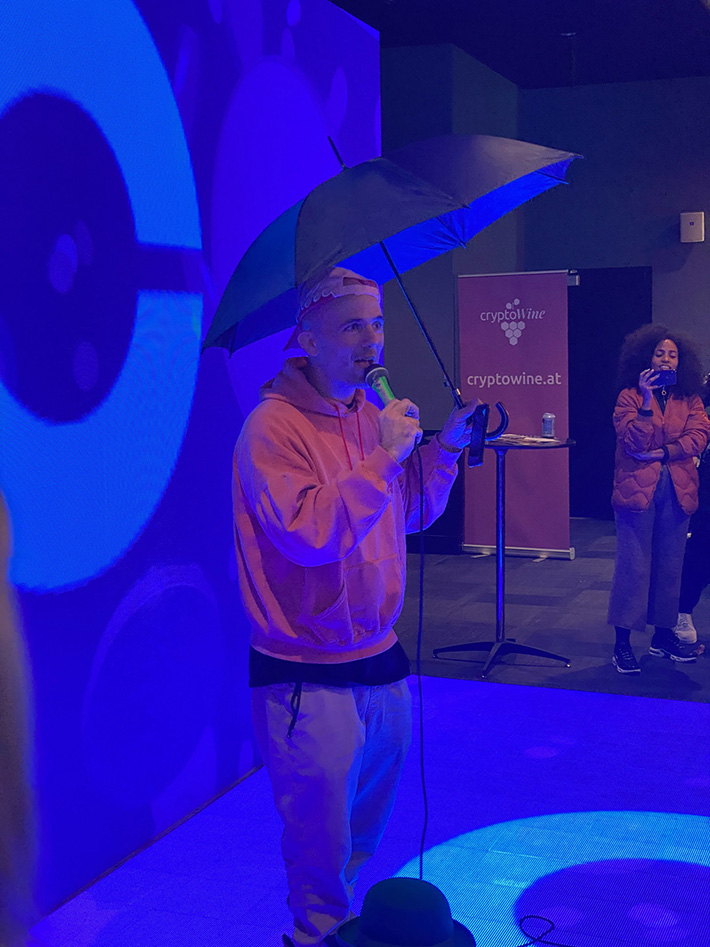 “That’s when I told Fat Joe, I said, my whole life is changing man, we should make this into an NFT.”

Even-Esh has had impressive bouts in the music industry prior to this event, which are what he hopes to build upon when he mints NFTs out of his experiences. His website mentions collaborations with rappers like Matisyahu and Rza, and even a tour with Wu Tang Clan. According to Spotify, Kosha Dillz has almost 16,000 monthly listeners on their platform.

Even-Esh has long taken interest in the crypto space, and talked extensively about what NFTs and blockchain technology mean to communities like his who are trying to make a name for themselves while also trying to pay their bills.

“With NFTs, you can mint a moment. There’s so much stuff that happens. That could be a whole series of NFTs, moments that weren’t documented that offend people, or moments of people [that are] in trouble, that could be a thing,” said Even-Esh.

“Moments where great rap music happened but no one ever saw— these could be NFTs.”

Even-Esh appears to be hoping to turn these his minted life experiences into a revenue stream. He claims that all of the places he has been to along with the people he has met create value for potential buyers. “I’m looking to mint more of my experiences because I think my experiences are gold. I have golden life experience.”

Whether it is the NFTs or his music that takes off, the exposure that the moment with Fat Joe gave Even-Esh has set his life on a new path.

He shared his advice to others after appearing to be inspired by the publicity he has received. “Someone told me there’s a million dollars out there for everybody. You have to seek it, go out, and find it.”

The timetable on the minting of his experiences is still undetermined, but that is only because of the amount of attention he has gotten, and the more opportunities that have come his way.

“I’ve been approached by a lot of record deals. Lawyers, agents, major companies, you know that’s what I’m trying to do, investors to take my thing to the next level and sell my story. My job is to tell my story.”