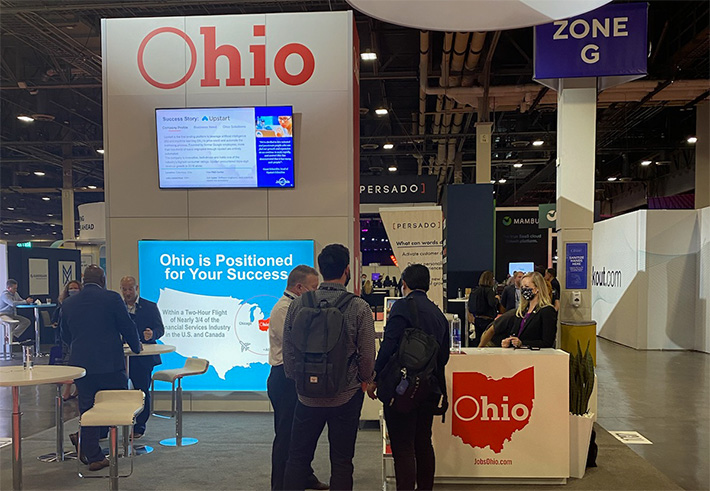 As brokers, lenders, and fintech companies look into having offices outside of New York or California now more than ever before, the state of Ohio used Money 20/20 to pitch their state as the best home for any company dealing with money or the innovations surrounding it.

With Ohio’s lack of a state-level corporate income tax, relatively low rent, and modest wages compared to places like New York, headquartering in the state is a business decision that Terry Gore, Senior Director of Financial Services in Fintech for Jobs Ohio, referred to as a “no brainer.”

“I’ve been coming to this event for the last four years, the organization probably the last five or six years, and we think we have a very unique value proposition for the audience this year,” said Gore. That [proposition] is fintech, insurtech, in terms of the ecosystem that we have in Ohio, and using that to support their continued growth and expansion.”

Gore broke the pitch down into three main components about why Ohio is the most economically sensible state to headquarter a company in.

“We’re ranked in the top three in terms of headquartered banks and insurance companies, and we’re the fifth largest final services sector in the US market, so from a potential partner standpoint, I think we’ve checked that box.” 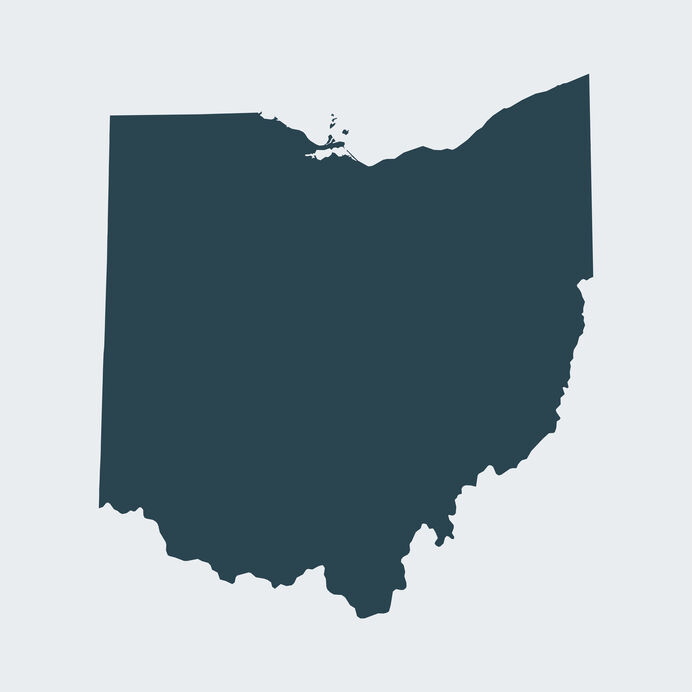 He went on to stress the access to higher education that Ohioans have, arguing that their talent pool is right up there with that of New York and California.

“Most people don’t know, just from a number of citizens’ perspective, we’ve got just under twelve million, we have talent,” said Gore. “We’ve got over 200 colleges and universities, from a talent pool perspective, those companies could tap into that.”

The final component Gore stressed was Ohio’s geography. Nestled in between New York and Chicago, he described it as the perfect place for a company that does a wide array of business across the heartland and the coasts to call home.

“We’re in the eastern standard time zone, we’re just a short two hour flight from three quarters of the financial centers in North America. So you know it’s one of those things where you don’t have to be located in New York to be able to drum up business in New York, you can just literally have a day trip and work that market.”

Ohio has already become a home for major players in the fintech world with companies like Klarna and AllianceData already hosting their headquarters in the state.

“We’ve been able to attract California based companies like Upstart, who moved into central Ohio and opened up their second headquarters, which is now larger than their California based location,” Gore said.

In the midst of their efforts to express all the benefits their state offers, Gore admitted that perception of his state to the rest of the country has a major influence on the decision making that goes into doing business there.

“We want to be viewed more traditionally than what the state has been viewed as, and that’s pretty much focused on manufacturing or a fly-over state. If you’re going to complain about the weather, I can’t help you.”