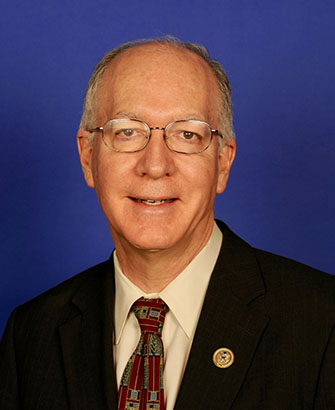 At the Bipartisan Policy Center’s summit on small business recovery on Thursday, Rep. Bill Foster (D-IL) of the US House of representatives credited fintech for helping small businesses survive pandemic-influenced hardships. “I was very struck recently, if you look at the PPP program, some of the most effective providers were fintech. There is some evidence that says fintech providers were more effective than banks” said Foster.

Fintech beat the banks not only in the allocation and distribution of PPP money, but providing unprecedented help to small businesses owned by individuals from underserved communities, according to Foster. “I think that is something that we have to make sure that [the government] is doing everything we can to support the use of technology by small businesses.”

With quick access to capital, innovative ways to pull data and store information, flexible lending and repayment options, and a mass array of competition, non-bank finance alongside fintech allowed small businesses across America the chance to survive when the odds were stacked against them. Traditional banks, tied up by regulations and bureaucratic processes, would have never been able to provide the capital needed to the countless businesses who relied on PPP loans to stay alive.

Foster has used fintech’s performance as a way to make his case for the necessity of the industry’s role in the everyday life of all Americans. “We’re trying to do a better job in getting a secure digital ID in the hands of all Americans” he said. “Providing a guarantee for all Americans, regardless of what their financial situation is, that they will have access to at least a basic internet connection, basic broadband connection, and a low end [mobile] device.”

Foster spoke about his plan to bundle these ideas with a mindset of fraud prevention, using fintech to provide a digital suite of government issued documents in an effort to counter identity theft. With this, according to Foster, fintech can provide a system in which an individual can prove who they are online, subsequently preventing fraud.

“Small businesses are one of the real victims of identity fraud,” he said. Arizona, Louisiana, and Oklahoma have taken the lead in incorporating fintech into their efforts of fighting small business identity fraud in their states, Foster claimed. He also touched on fintech’s role in the collaboration of digital medical records between healthcare companies and individual practices to enhance the innovation of healthcare processes.

With the government acknowledging fintech’s future nationwide impact on a bipartisan level, the integration of this technology in small businesses and consumers alike at an unprecedented level is just a matter of time.