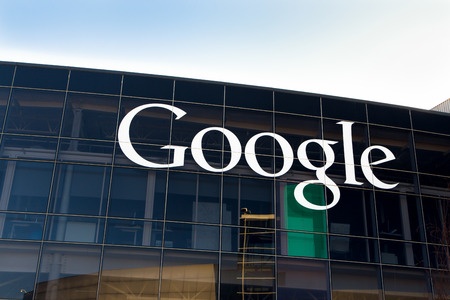 In the footsteps of other giant companies like Facebook and Amazon, it seems that Google has joined in on buying a tremendous piece of New York City office space, as Google’s parent company Alphabet has announced a tentative $2.1 billion deal Tuesday to purchase the building they already lease.

Under extensive renovations, Google plans on making a 1.7 million square foot community of office space by adding the former freight terminal to their New York offices— competing with some of the biggest names and workspaces in the city.

Google will remain in complete control of two other office spaces in Soho and Greenwich Village in conjunction with the new acquisition on the Hudson. The combination of these three offices will create a campus-esque environment for the tech giant. All the offices are within about a mile radius of one another.

First reported by the Wall Street Journal, the purchase is New York’s largest single office building sale since pre-pandemic days, while also being one of the biggest purchases in New York City commercial real estate history.

As smaller fintech companies are seemingly leaving the city in droves, it is the big players in the industry who are looking to stick around and ride out Manhattan’s post-pandemic and remote work woes.

It seems that Google, along with the other tech giants, are expecting a large in-person working environment to return to New York. According to CEO Sundar Pichai in an announcement on Google’s blog from August 31, the company plans on keeping remote work an option for all employees until January 10. After that, they are leaving it up to local officials to dictate if employees can be asked to return in person.

“To make sure everyone has ample time to plan, [employees will] have a 30-day heads-up before [they’re] expected back in the office,” Pichai wrote.

With Facebook’s acquisition of office space at Penn Station and Amazon’s purchase of Lord and Taylor’s former 5th Avenue landmark building, Google is late to the Manhattan real estate grab. These giants are paying top dollar for these spaces, as eight-figure real estate deals are status quo for a city that is littered with empty storefronts and a questionable future for many of its longtime tenants.

Google has a track record of building a presence in New York. An east coast presence is nothing new for the company. “Our investment in New York is a huge part of our commitment to grow and invest in U.S. facilities, offices and jobs,” wrote SVP and CFO Ruth Porat on a Google Blog back in 2018 when the lease agreement for the building was made.

Earlier this year, the company committed to a $150 million investment in New York workspaces.

Google’s new offices will serve as the main hub of their New York City offices. As the new year arrives, Google expects to see 1/5 its workforce still remote. With their new offices already functioning, the new office should complete the Google campus in 2023.

It seems that Silicon Valley’s presence may be creeping East as the finance industry continues to head South. With the price of commercial real estate sky high, the reputation for the city at a low, and a political climate that is creeping its way into business, it seems as if New York may be evolving into the East Coast Silicon Valley hub.