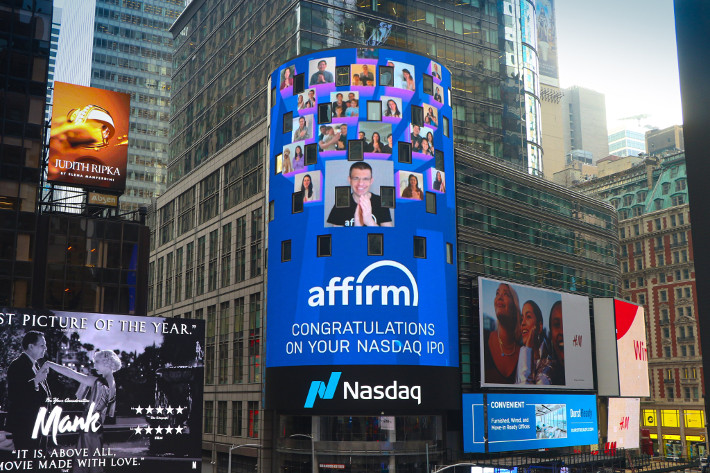 In a move announced Friday that can change the way consumers interact with the largest online retailer, Amazon and Affirm have partnered together to bring flexible payment options to Amazon customers. A leader in the buy-now-pay-later (BNPL) space, Affirm saw share prices soar as high as 40% Monday morning after inking the exclusive agreement.

According to the deal, Affirm plans to offer financing options for purchases greater than $50 for qualified Amazon customers. Buyers are approved, given the cost of financing and the price of their product prior to purchase upfront, and allowed to make payments via installments on those products. Customers who choose to finance through Affirm will not be charged any late or hidden fees.

“By partnering with Amazon we’re bringing the transparency, predictability and affordability that Affirm provides today to the millions of people who shop on Amazon.com in the U.S.,” said Eric Morse, Senior Vice President of Sales at Affirm in a press release. “Offering Affirm’s alternative to credit cards also delivers more of the payment choice and flexibility consumers on Amazon want.”

After an exclusive deal with Walmart in February of 2019, the company is continuing their attempt at a market takeover by striking a deal with Apple’s Canadian market and Shopify in the states — both within the last month. Affirm is quickly beginning to show dividends by putting together some of the largest exclusive flexible payment option deals out there.

With competition heating up in the BNPL industry, Affirm isn’t the only one trying to incorporate exclusive deals with large markets. Square, a company founded by Twitter’s Jack Dorsey recently acquired the Australian firm Afterpay for $29 billion. Paypal has also made their presence known by offering similar services. With a market cap at over $26 billion, Affirm will be in the fight to compete in the flexible payment option space. With competition from companies like Paypal and moguls like Dorsey, Affirm CEO Max Lechvin is in familiar territory. Prior to starting Affirm, Lechvin was a co-founder at Paypal.

With transparency a major component of their business model, Affirm customers may begin to spend more while initially paying less, a move that can provide a better experience for customers— something that seems like a no-brainer for any company selling pricey consumer-based products.