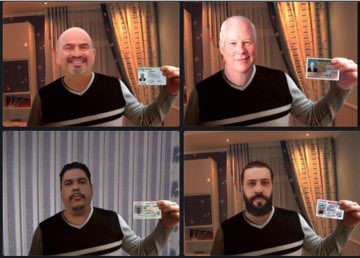 According to a sneak peek posted by Lendio CEO Brock Blake, fraudsters are stopping at nothing to game the government’s emergency loan system.

“Wanna glimpse into what lenders are experiencing with attempted fraudulent applications?” Blake wrote in a tweet. “Here are four ‘applicants’ seeking a loan.”

It’s like a techno arms race between an automated scanning system that looks for fakes versus an automated fake ID and person generator that tries to make passable fakes.

After a year of PPP and EIDL success stories and fraud concerns, funders are still beating back scam artists. During a recent U.S. Senate hearing, SBA Inspector General Mike Ware said his office had secured $2.1 billion in fraudulently claimed PPP and EIDL loans.

Wanna glimpse into what lenders are experiencing with attempted fraudulent applications?