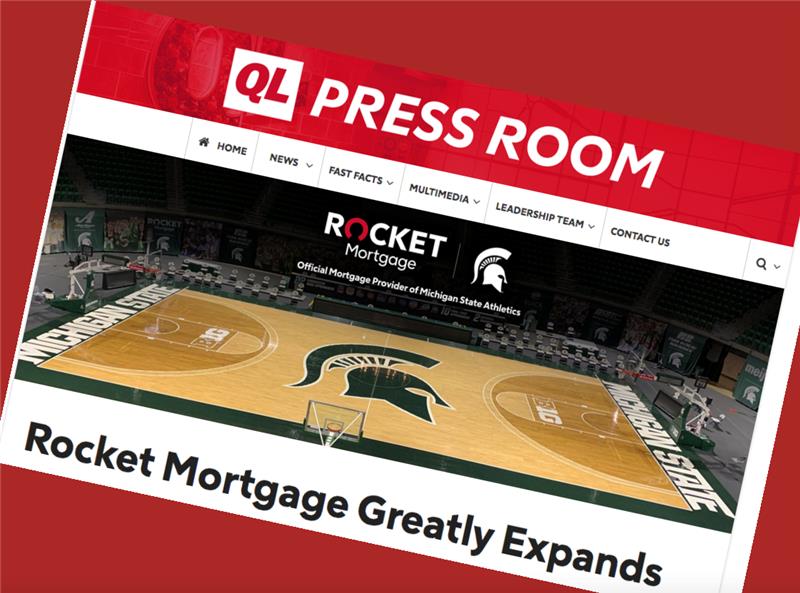 Fans immediately took to Twitter to complain, as competitors imagined if their beloved teams were also suddenly named after fintech companies. Shortly after, Michigan released a statement claiming they would not be changing their name:

STATEMENT FROM MSU ATHLETICS (MARCH 12):
Michigan State is not renaming its men’s basketball team. While this is a new extension of the partnership for Rocket Mortgage with Men’s Basketball, this is not a first-of-its-kind sponsorship for the Spartans or a new concept in professional or collegiate team partnerships.

Though as some users and news media pointed out, the suffix will still be attached to the team name everywhere at its home games: the rollback is semantics, Rocket Mortgage will still be included in the name, and the logo will appear across the stadium.

“Michigan State University is very important to our company. It is the alma mater of our Founder and Chairman Dan Gilbert, me, and many team members throughout our organization,” Rocket CEO Jay Farner said. “We are honored to contribute to the university that has prepared so many of us for success.”

Strapped for cash, the Detroit Free Press reported the Michigan athletic department is projected to lose $75 million due to the COVID-19 pandemic.

Yahoo Sports writer Jack Baer said that when sports teams take on a corporate name, like the New York Red Bulls, “the business in question actually owns the team rather than giving them millions of dollars to slap their name onto a scoreboard and promotions. In that respect, the MSU Spartans Presented by Rocket Mortgage would be something akin to a little league team getting some help from a local business.”

Some fans still poked fun after the school walked back its original announcement.

Bummer. I was looking forward to taking my family to United Wholesale Mortgage Breslin Center to see the MSU Spartans presented by Rocket Mortgage play on the Auto Owners Insurance Tom Izzo court for a game day experience presented by Farm Bureau Insurance.