Merchant Cash Advance is as Old as The Renaissance 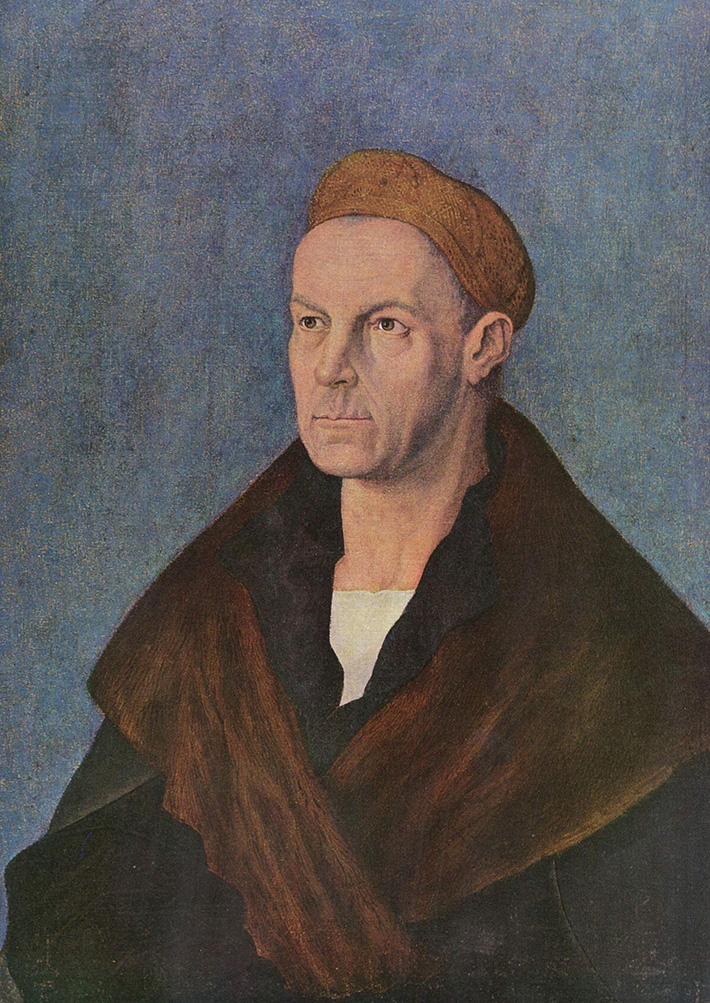 The first merchant cash advance enthusiast ended up the richest man in the history of the world. Jakob Fugger was the cash king of Europe 500 years ago, and his climb to wealth indirectly caused the Protestant Reformation. One of the pivotal events in western history, the Reformation led to the eventual “fad” of democratic representational government— all because some guy bought the future receivables of a silver mine.

In Jakob Fugger the Rich, historian Jakob Strieder writes the Fugger enterprise began as one of the upstart merchant families of the Renaissance. The Fuggers were traders and cloth merchants from Augsburg, Germany. They created a network of aristocratic clients, furnishing weddings and parties through trading warehouses in modern-day Venice, Florence, and Austria. Jakob Fugger I lent some money around, but when Jakob Fugger II joined the family shipping warehouse in Venice, he looked for a better return on capital.

According to International Business History: A Contextual and Case Approach, Fugger entered an agreement to supply some cash- 23,627 Florins to a silver mine owned by Archduke Siegmund in 1487.

Siegmund had plenty of silver laying around for collateral; he just needed cash for the day-to-day. It was a collateral-backed loan, common today: if he couldn’t pay it back, the Fuggers would get paid in silver. The transaction worked so well that a year later, Siegmund reapplied, this time in a revolutionary way. Siegmund would get 150,000 florins, and the Fuggers would get paid the future receivables of the silver mine: unrefined and cheap future silver for cash now.

The problem, written by historian Greg Steinmetz in The Richest Man Who Ever Lived, was the Church. Any interest-based transaction was specifically outlawed, though there were hundreds of lenders during this era. The line from Luke 6:35, “Lend and expect nothing in return,” was taken by the Church to mean an outright ban on usury, defined as the demand for any interest at all. 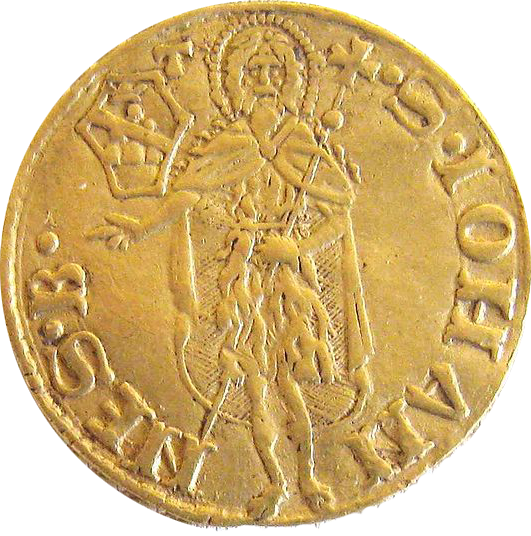 Even savings accounts were considered sinful, but Venetians ignored these rules as they preferred making money to pleasing God, entombed in the motto “First Venetians, then Christians.” Fugger began accepting deposits like a bank to his clients, with a 5% return to investors.

But convicted usurers could be excommunicated and denied a Christian burial, a nightmare for a capitalist who relied on a Christian network. Fugger did not worry about punishment or the apparent sin of money lending, but as he became a fixture in European society, his reputation became increasingly vulnerable.

Fugger needed the laws to be changed, or at least relaxed, or his lending business was in trouble. In 1515, he wrote a letter to Pope Leo X and funded a debate in the St. Petronius Basilica in Bologna. The debate ran for five hours, a back and forth of philosophy, scripture, and rampant crowd heckling. In the end, it was declared a tie, but Pope Leo X that year signed a papal “bull” reforming the concept of usury.

Originally, the Church pointed to the philosopher Aristotle’s model for determining what was okay to charge for and what wasn’t. Aristotle had said that charging someone for a cow because it produced milk was fine, but money was a dead thing and unfair to profit from.

A silver mine produced silver and as such paying cash for the future proceeds of the mine had allowed Fugger to more or less carry on his business. It wasn’t called merchant cash advance back then but he applied that model wherever he could. Not everyone in need of money had a business, however, and it was critical that he be allowed to charge interest when circumstances called for it.

More than a millennium after Aristotle, Pope Leo X found that risk and labor involved with safeguarding capital made money lending a living thing. As long as a loan involved labor, cost, or risk, it was in the clear. This opened a flood of church-legal lending: Fugger’s lobbying paid off with a fortune. 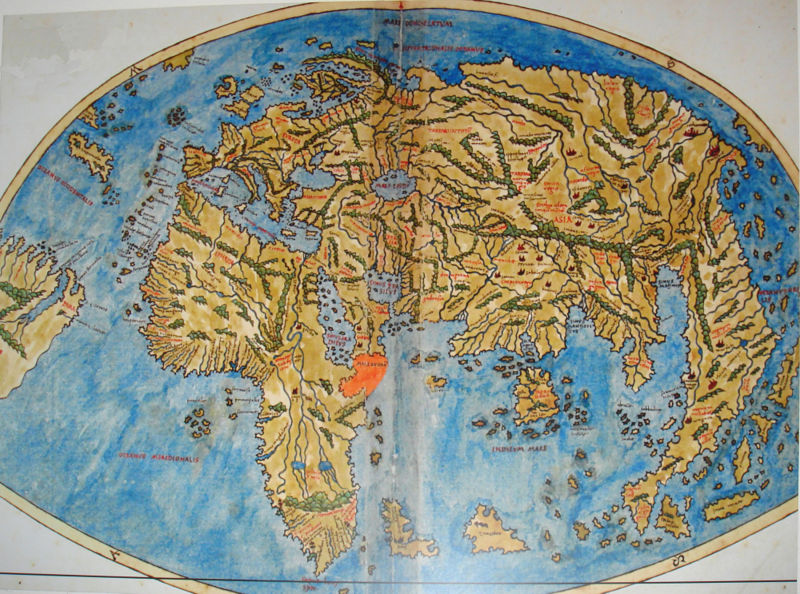 Jakob Fugger was off to the races and he greatly expanded his financial services business. Historian Dennis McCarthy found that the Fugger family grew their war chest nine times over in the next seventeen years, a gain of 927%. Their funding efforts bought a trading empire, and they entered into agreements with nobles that placed entire countries as collateral.

McCarthy wrote: That was one of the problems with the Fugger model- “how does one take possession of Austria or France or Spain when its rulers default or lag behind debt repayment schedules?”

After gaining the good faith to lend in the Church’s eyes, the papacy itself became a Fugger customer. Positions in the Church were inseparable from social and political power, and the only way to get a place on the totem pole was by paying for a title. Just as the richest silver mine owners didn’t have the cash to pay for lunch- so did wealthy aristocrats need capital to afford positions in the cloth.

By the time Martin Luther “nailed” his 95 theses to the door of a church in 1517, he was rallying against the Fugger funding family and its stranglehold on the Roman Catholic Church.

It all came down to an in-house promotion. Albert Brandenburg brought a whole new meaning to the concept of “moneychangers in the temple.” A German Archbishop of Magdeburg, Brandenburg was promoted to Elector of Mainz: the second in command of the Holy Roman Empire. Unfortunately, he had to pony up 21,000 ducats to pay the Roman Curia (the Church’s admin)- for the title. Naturally, he didn’t have the cash, and the Fuggers stepped in.

Brandenburg got a loan on interest. To pay it back, he also paid Pope Leo X for the right to sell indulgences. Indulgences were contracts the church sold to forgive sins, allowing believers to purchase their way out of purgatory and into heaven. A fresh round of indulgences was printed to fund the construction of St. Peter’s Basilica, and Brandenburg was entrusted to sell them in 1517. (Their sale was later banned by the Church in 1567).

The sale of indulgences 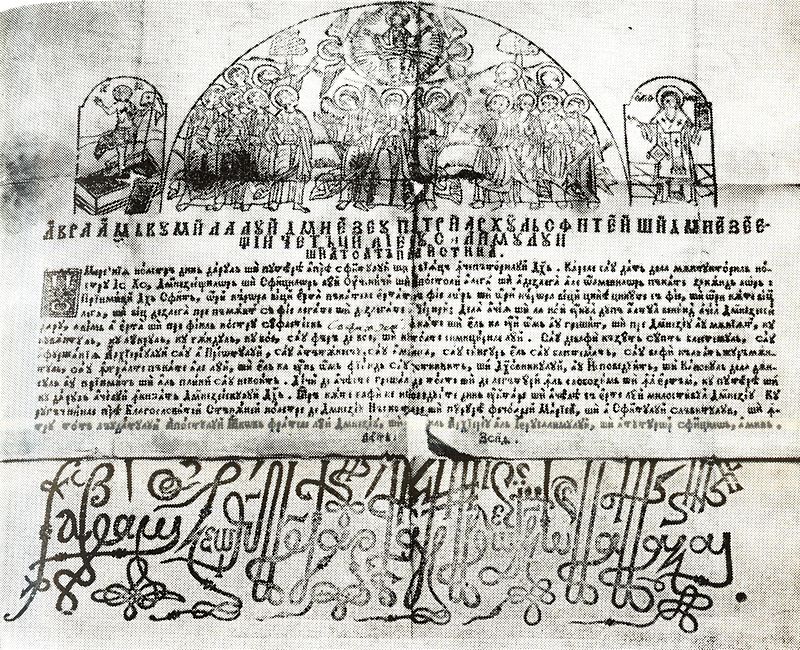 interlinked the Church with Fugger, and solidified Luther’s desire to maintain the Faith through an alternate system. Luther’s complaints spawned the Reformation, and his followers and independent revolutionaries like John Calvin would bring the rise of Protestantism, the Church of England, and ultimately what historian Alec Ryrie wrote as the foundation of modern mercantilism.

“I’m saying that there are some specific parts of modern life that derive directly from the Protestant Reformation. We couldn’t have these features if it hadn’t happened.” Ryrie said. “That combination of free inquiry, democracy, and limited government is pretty much what makes up liberal, market democracies. It runs the modern world.”

To this day, no one is sure of the extent of the Fugger fortune. Historian Mark Häberlein found that Fugger struck a deal with Augsburg Tax authorities in 1516: he agreed to pay an annual lump sum on the condition that his family’s true wealth would never be revealed. He died in 1525.

To get an idea of the extent of his wealth, we can base calculations on the cost of butchering a pig in 1522 (yes, that’s a real metric.) It cost one Gulden, a new coin minted in 1500 to butcher a hog. The German coin contained about the same amount of gold as a Florin.

Based on those ham prices, Jim Ulvog from Ancient Finances estimated that in 2017 a single florin would be worth ~$900, and other writers have put the florin in the same range. Though the true wealth of the Fuggers may never be known, when Charles V aimed to take control of the Holy Roman Empire in 1519, the Fuggers were lending Charles 543,000 guldens to buy votes: approximately $448 million. That’s just in a single deal.

It’s been said that merchant cash advances or sales-based financing is relatively new, but it could be argued that such transactions are so old that life as we know it in the modern world only exists because a guy 500 years ago was engaged in non-loan transactions to fund businesses in a manner that was Church-compliant and wanted to expand.

Kevin Travers is a Reporter at deBanked. Email me story tips at ktravers@debanked.com and connect with me on LinkedIn