Fifty-three percent of firms expected total sales revenues for 2020 to be down by more than twenty-five percent because of the pandemic, according to the latest small business survey published by the Federal Reserve. Eighty-eight percent of firms indicated that sales had still not returned to normal. 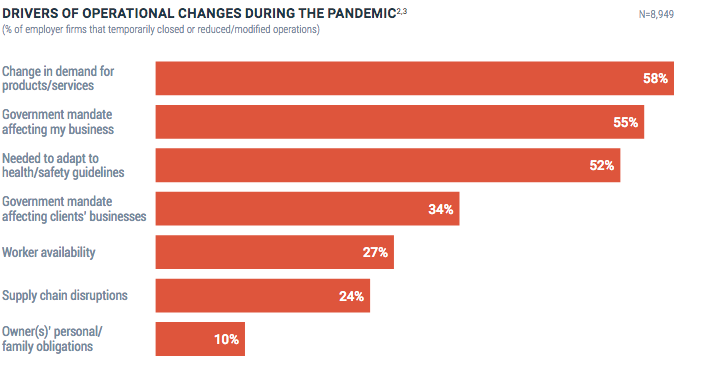 Fifty-seven percent of firms characterized their financial condition as “fair” or “poor.”

The struggle to remain open sent firms further into debt. Seventy-nine percent of firms had debt outstanding, an 8% increase from 2019. Debt also increased; the share of firms with more than $100,000 in debt rose from 31% to 44%. 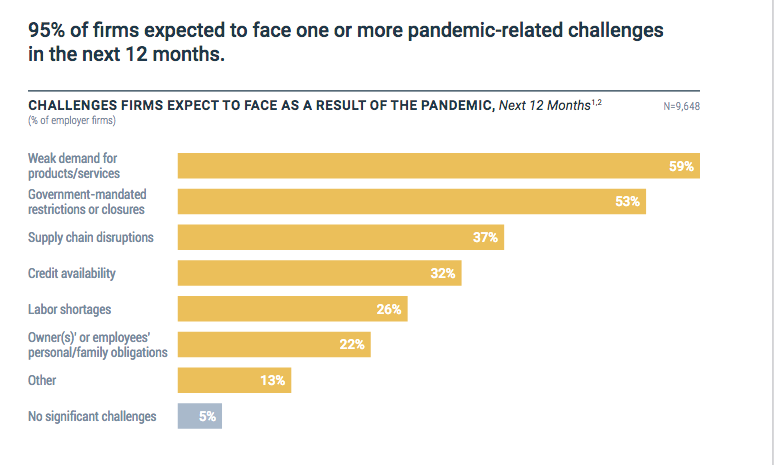 The majority of U.S. businesses believe the next year will be rife with the same struggles as the last. Many believe weak demand, government shutdowns, and supply chain breaks will continue disrupting the world economy.

Firms got their funds this year through Government aid programs, and they did so through their pre-existing bank relationships, forgoing alternative funders. Forty-eight percent went through large banks for PPP, 43% to smaller banks. 95% and 83%, respectively, already had a relationship with their large or small bank.