How Stimulus Packages are Accidentally Ending Up in The Trash Bin 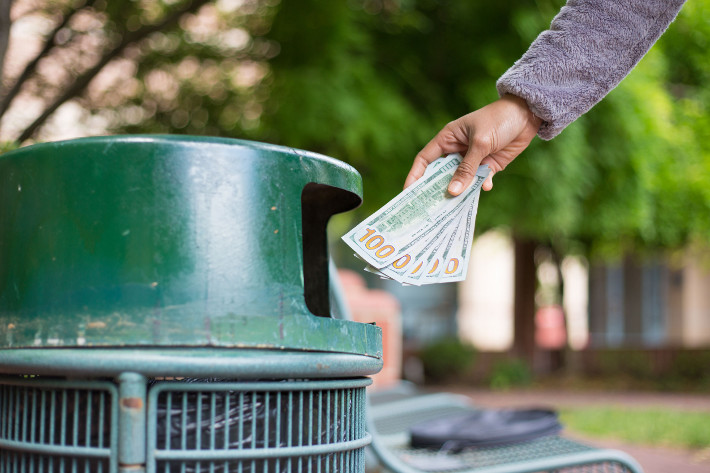 Since March, over 150 million Americans have woken up to find their banks accounts newly graced with checks from the government. Allowed by the CARES Act, this stimulus package, titled the Economic Impact Payment, was dispatched to help ease the short-term financial troubles that arose from covid-19’s disruption of the economy. And while many Americans have received their money from the Treasury, a selection of recipients are dropping their stimuli into the garbage.

The reason for this being that the mode of delivery was switched up mid-May. Instead of having the money directly wired to their bank accounts, roughly four million Americans will instead receive their packages via prepaid VISA debit cards. This group is made up of those taxpayers who do not have bank information on file with the Treasury and who had their tax returns processed by the Andover or Austin Service Centers.

Treasury-sponsored and issued by MetaBank, these cards are shipped in a plain envelope that bares the words “Money Network Cardholder Services, and which contains instructions alongside the card: making the stimulus package look more like marketing spam than anything else. As such, numerous complaints have been made about the delivery method, with many of those who received the cards saying they threw out the entire envelope without thought, believing it to be junk mail.

“It really read to me like a scam,” said one woman interviewed by Yahoo! Finance. “So into the shredder it went.”

As well as this, Yahoo! also found that other recipients received cards that had mixed up their names with those of their spouse. A situation that proved confusing given that the cards must be activated via your phone using your social security number and other personal details.

Funds on the cards can be used to directly pay expenses as well as be transferred to personal accounts; they can also be used at ATMs, although the withdrawal amount per day is limited to $1,000, meaning multiple trips to a bank during a pandemic will be required.

Done in an effort to reduce instances of fraud as well as speed up the process of getting money to Americans, communication about the EIPCard setup seems to have gotten lost in the fray.

Going forward, the Treasury will be waiving the fees associated with reissuing an EIPCard to anyone who claims they shredded or threw it out, and initial reissuance fees from earlier dates will be reversed.