The Front Line of PPP Lending 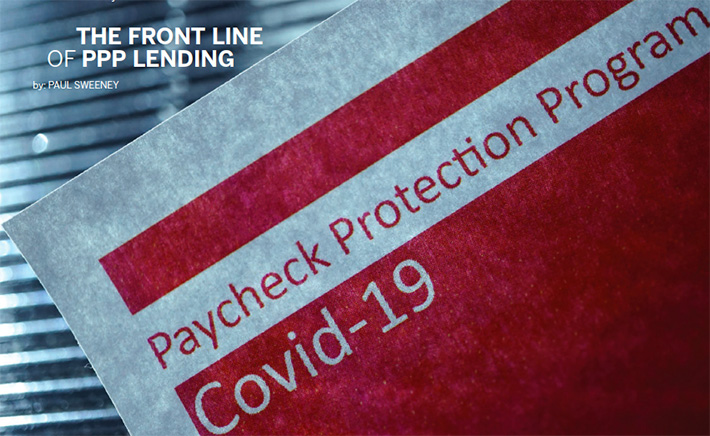 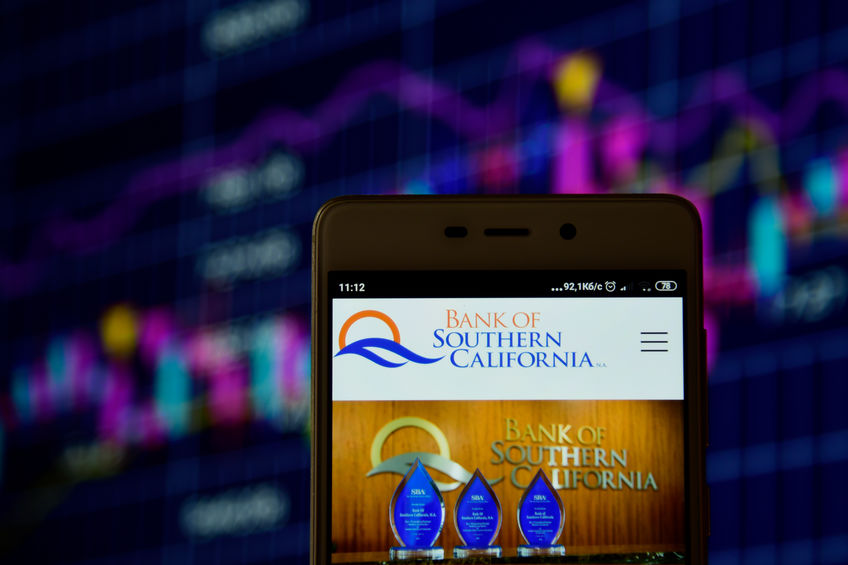 Susan Lyon, managing director at an independent commercial film company in Solana Beach, California, can’t say enough good things about the quick action her bank took to help her secure emergency government funding during the current pandemic. “They sent out all the forms right away” enabling her to file an application on Friday, April 3 — “the earliest day possible” — she says of the Bank of Southern California. “Then they kept in touch after we sent all the pdf’s back, and they started uploading the loan applications when the Small Business Administration’s website went live the following Thursday.

Lyon says she will use the bulk of the $130,000, which she received under the government’s Paycheck Protection Program, to pay the salaries of the eight fulltime employees at Lyon & Associates, of which she and husband Mark own 90%.

Lyon’s friend Jennifer Biddle was not so fortunate. Biddle, who operates a flower-growing and distribution business with her husband Frank, has been emotionally devastated, she says, since Torrey Pines Bank dropped the ball on her application for $285,000 to pay employees during the crisis.

“They created an administrative nightmare,” Biddle says of her San Diego-based bank, which failed to forward her paperwork to the SBA. “Being disappointed doesn’t begin to describe my feelings,” she adds.

Based in Vista, California, FBI Flowers has roughly $6 million in annual sales, 40 employees, and a monthly payroll of $114,000. Like her friend Susan Lyon, Biddle also applied for PPP funding on April 3. But she didn’t hear back from her bank for several days “and we thought (the application) was processing,” she reports. When the bank did get back to her a week later, it was to say, “‘We need this other form,’” she says, quoting the bank. “And then they wanted our addendum revised.”

By the time the SBA made the announcement on April 16 that the agency had exhausted the $349 billion allocated by Congress, Torrey Pines was still sitting on her application. “To me it’s negligence,” Biddle says.

“We’re in the middle of our growing season and money is hardly coming in,” she adds. “Our employees are part of a vulnerable population, We were really counting on our bank to do their part and get the application to the SBA. This was what my kids would call ‘an epic fail.’”

Neither Torrey Pines Bank nor its Phoenix-based parent company would comment. “Unfortunately,” Robyn Young, chief marketing officer at Western Alliance Bancorporation, told deBanked, “our bankers are not able to share any information about our clients or client transactions.” (According to a tagline in the e-mail, Forbes magazine has named Western Alliance to its list of the “Ten Best Banks in America” for the past five years in a row.) 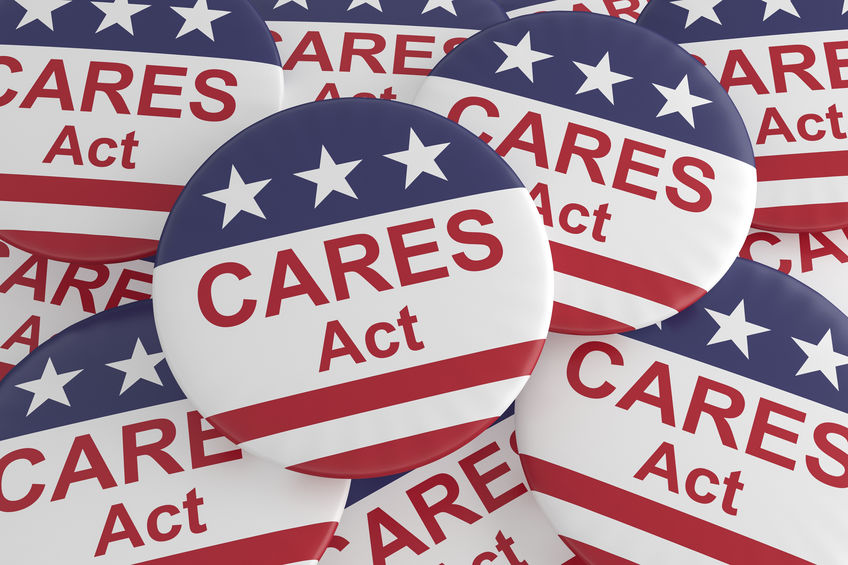 Lyon’s and Biddle’s accounts are just two stories – one a rousing success, the other an abject failure – emerging from the Paycheck Protection Program, which was created as part of the $2.2 trillion Coronavirus Aid, Relief, and Economic Security Act (CARES Act). Since the bipartisan bill was signed into law by President Trump on March 27, the SBA has approved 1.66 million small business applications.

Under the PPP, small businesses and self-employed individuals must apply for emergency funding through banks and designated non-bank lenders. Congress authorized the SBA to make emergency, low-interest loans of up to 2½ times a business’s monthly payroll to pay their employees’ wages for eight weeks.

If, after eight weeks, businesses can show they’d spent 75% of the government money keeping furloughed employees on the payroll and covering their health insurance, the loan will be forgiven. The remaining 25% of PPP funding will convert to a grant if it’s spent on rent and utilities.

Now, as the program is being rebooted with new Congressional action for a second round of funding totaling more than $300 billion, many applicants fear that they will again be left out in the cold. “We’ve been hearing that many banks have not been able to handle the torrent of applications,” says Gerri Detweiler, education director at Nav, Inc., a Utah-based online company that aggregates data and acts as a financial matchmaker for small businesses.

Detweiler reports that she and her team at Nav have been working 14-hour days since the CARES Act was signed into law fielding calls and responding to e-mails from the company’s 1.5 million members looking for assistance in navigating the PPP rules. One common experience for small business applicants has been that “many of the banks have been prioritizing customers with deeper and more longstanding relationships,” she says.

One small business owner in Texas, Edward L. Scherer, filed a federal lawsuit in Houston on Easter Sunday charging that Frost Bank, which is headquartered in San Antonio, violated the CARES Act and SBA rules by refusing to accept PPP applications from non-customers. Class action suits alleging illegal favoritism have also been filed against Bank of America, Wells Fargo, J.P. Morgan Chase, and US Bancorp.

For customers and non-customers calling on Bank of America, this would come as no surprise. The Charlotte (N.C.) based giant makes clear that it will only process applications for regular customers. A notice on the bank’s website, declares that only “small business clients who have a lending and checking relationship with Bank of America as of February 15, 2020, and do not have a business credit or borrowing relationship with another bank, are eligible to apply for the Paycheck Protection Program through our bank.” 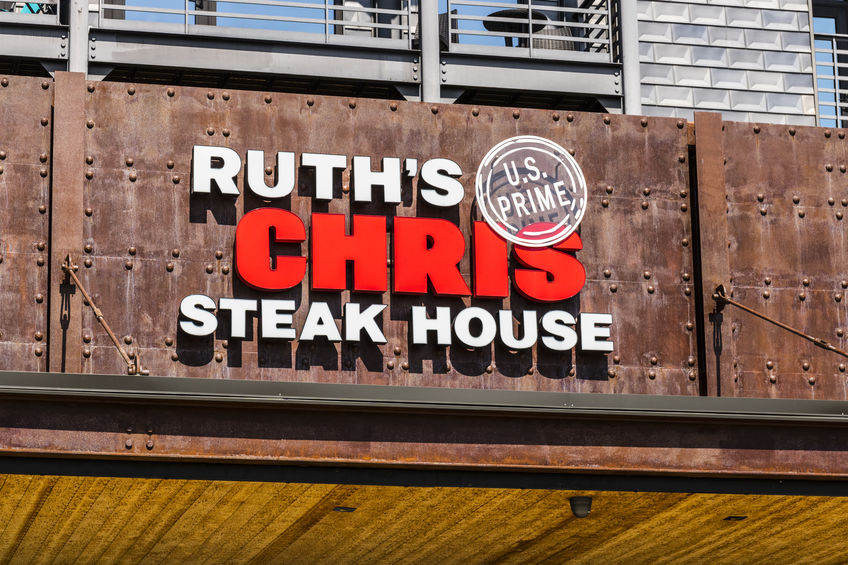 Although the PPP has been heralded as a way to rescue mom-and-pop businesses, national chain restaurants like Ruth’s Chris Steak House and hotels operating franchises have benefited handsomely. Ruth’s Chris alone received $20 million in crisis funding, according to The Wall Street Journal, which first reported the story.

For the bulk of the country’s small businesses “the money has been trickling in very slowly,” says Sarah Crozier, senior communications manager at the Main Street Alliance, a Washington, D.C.-based advocacy organization that counts 300,000 members. Even for many businesses that have received funding, there remains widespread uncertainty that the loan will be converted to a grant. “There’s not a lot of trust that the PPP loan will be forgiven,” Crozier says. “There’s a lot of confusion.”

That’s a major concern for Randy George, owner of Red Hen Bakery in Middlesex, Vermont – a speck of a place off I-89 near Montpelier, the state capital – who does not want to take on extra debt. Until a month ago, George had been running a $4 million (sales) operation which employed 48 employees. He’s closed down the café, he says, which accounts for about 60% of annual receipts, while keeping on 20 workers to run the bakery.

That operation – which turns out baguettes, croissants, sticky buns and other baked goods for wholesale distribution – has actually ramped up. With most restaurants temporarily shuttered, more New Englanders are eating at home, resulting in the bakery’s nearly doubling its sales to regional grocery stores and supermarkets.

Meanwhile, George has received $411,000 in PPP funding, which he applied for through Community National Bank, located in Barre, Vt., and he’s paying many of his 28 furloughed employees to remain idle. Because of the way the CARES Act program is structured, he says, it’s in his interest to convince laid-off employees not to collect unemployment compensation which includes an extra $600-a-week federal benefit and lasts longer than the eight-week PPP.

“I just called one of my fulltime employees and told him he’ll get to keep his health care if he stays on the payroll,” George explains. “But for part-time people it’s awkward. I’m incentivized to get people back to work and they’re incentivized to go on unemployment.”

At the Portland Hunt & Alpine Club, a bar and restaurant in Maine with the reputation for having the tastiest cocktails in town, if not the entire Pine Tree State, the PPP is not working out for owner Andrew Volk. He secured funding “in the low six figures,” he says, but so far he’s keeping his powder dry. Instead of paying out-of-work employees, he’s letting them collect employment insurance and using a portion of PPP funding for rent and utilities. As for the remaining PPP funds, the question is whether to return the money or keep it as a loan.

Volk says the government program has done little to help him with his most pressing needs. For starters, he was forced to toss out “thousands upon thousands of dollars” worth of perishable foods since his establishment went dark on March 16. All meat, cheeses, sauces, citrus fruit, shrimp, fish and, of course, Maine lobster, went into the dumpster.

“AS A SMALL BUSINESS WE REALLY NEED SUPPORT BEYOND PAYROLL”

Because of a force majeure clause in his insurance policy that explicitly denies indemnification for an “act of God” – “Almost every business interruption insurance policy has a virus and pandemic exclusion,” Volk adds – he will have to eat those losses. “As a small business,” he adds, “we really need support beyond payroll.”

Even many qualified business people who have been approved for PPP funding are still waiting for their funds. Charles Wendel, president of Financial Institutions Consulting, based in Miami, applied for funding “in the five figures,” he says, through Citibank on April 4. That was nearly three weeks ago. “If I were a guy who really needed this money, I’d be screwed,” he says.

In the next round of PPP funding, those who missed out now hope they will be approved quickly by their banks or lenders and that the coronavirus pandemic is brought under control. Meanwhile, the massive unemployment and shutdown of small businesses nationwide are reshaping the contours of the U.S. economy. “Ultimately,” warns Crozier of the Main Street Alliance, “the result of this will be more corporate consolidation and monopolization. That’s what we saw coming out of the ‘Great Recession’ in 2008.”