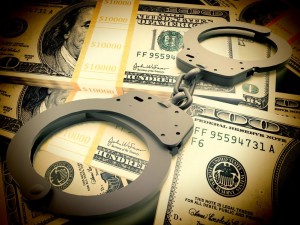 New criminal and civil charges have been filed against an individual in the 1 Global Capital case. This time it’s Steven A. Schwartz, who served as 1 Global’s Director and Chief Operating Officer.

The SEC alleges that Schwartz aided and abetted former CEO Carl Ruderman in carrying out a securities fraud.

The US Attorney for the Southern District of Florida separately alleged that Schwartz engaged in a conspiracy to commit wire fraud and securities fraud.

Schwartz is the third person to be charged criminally in connection with 1 Global Capital’s scheme. Alan Heide and Jan Atlas already pled guilty to their roles in the fraud.

The SEC said of its case against Schwartz:

The complaint further alleges that Schwartz became trustee of a Ruderman family trust in June 2014, and that shortly afterwards, Ruderman had Schwartz execute an agreement conveying ownership of 1 Global to the trust. As alleged, until 1 Global declared bankruptcy in July 2018, Schwartz allowed Ruderman to use the trust to misappropriate several million dollars in investor funds to pay for Ruderman’s luxury lifestyle.